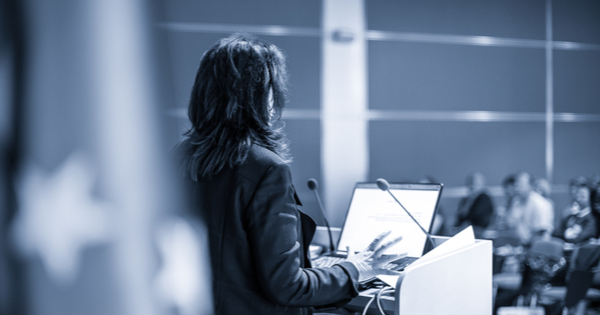 Far too many of us are dying in America because we have authoritarians in the White House, the US Congress and many of our state houses. When public health policy is based on dominance-based authoritarian masculinity, millions get killed. Not just by Covid, but by entire systems that value status and power over the well being of all citizens.

This is why it is key to our collective well being that women are getting elected to more and more leadership positions. Gender and racial bigotry universally underpin authoritarian leaders’ catastrophically bad public health policy, but a nation that elects more women empowers a new culture of collective action for public good. This new culture emerges in the moment women start to win in large numbers.

Read more about women’s more effective response to Covid-19 here: See “Why Do Women Make Such Good Leaders During COVID-19?” at Forbes.

Specifically, the election of women leaders signals men’s shift from our gender bias driven dominance-based culture of masculinity to a more diverse and inclusive masculine culture of collaboration and connection across difference. We know this because a critical mass of men voted for these women in enough numbers to, alongside women voters, get them elected. The shift is happening, but it needs to accelerate.

Dominance masculinity’s continuing choke hold on electoral politics, has left us with unfettered predatory capitalism in health care, education, urban policy, foreign policy, environmental policy and more, the failings of which are painfully evident in a crisis like the Covid-19 pandemic. Put simply? No one at the top gives a damn if we die. As such, dominance-based authoritarian leaders in places Brazil, Russia and the United States, will continue to get us killed.

Diversification of our political representation by electing more women, people of color, LGBTQ people, non-binary people, will save lives and improve our population’s overall well-being. And there’s now rock solid data on how diversification improves performance at every level.

Organizations such as Deloitte have rolled out extensive research proving that organizations with women (and other underrepresented groups) at the very top leadership positions dramatically outperform organizations that are not diverse. hint: Get diverse or watch your organization fail.

Based on the results of this research, we know liberal and progressive women in elected office will ensure healthier and more effective federal, state and local governance.

And yes, men in elected office who value women’s equal agency and authority are also crucial to our collective well being, but the election of liberal and progressive women, people of color, gender non-binary people and LGBTQ people, marks a much more fundamental shift than the election of progressive men. Don’t get me wrong, I’m glad for progressive men in politics, but women and other underrepresented groups’ political ascendance marks our collective evolution away from our culture of dominance-based “man box” masculinity at a tectonic level

Until we end dominance-based masculinity, and all the patriarchal and racial bigotry it spreads, authoritarian politicians like Donald Trump will take power over and over again, and we will continue to be killed in a “man box culture” that does not value any of us, including men, as human beings.

This is why Biden’s promise to put a woman on the ticket is so important. It openly acknowledges the dramatic improvement across the board in productivity, innovation, long term value creation and more that women leaders represent in terms of our collective well-being.

Yes, elect progressive men. But, do you want to tear down man box culture? You want to finally and completely shatter our retrogressive and deeply ingrained American proclivity for authoritarian strong men?

Facebook97TweetPinEmailShares97
wpDiscuz
1
0
Would love your thoughts, please comment.x
()
x
| Reply
Share this ArticleLike this article? Email it to a friend!
Email sent!