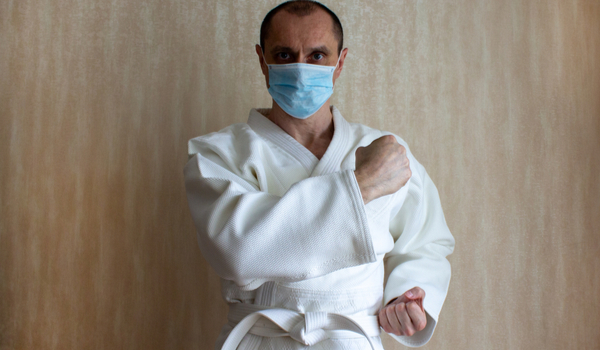 While we were helping our friend we decided to see some family who lived in the area. My niece and her daughter wanted to go walk around a pond in the back of the park, it is home to several families of ducks, some frogs and turtles, snakes, spiders and so many insects making so much noise it was almost impossible to talk. It was a beautiful day and the wildlife was on full display. Afterward, we decided to stop at the concession stand. It’s is still open even though the few small rides are closed.

Between the concession stand and the animal enclosures where deer, elk, burros and a variety of fowl are on display, a local Harley Davidson rider and hid fiancé had decided to hold their marriage ceremony. It was obviously a wedding, there were several women standing in dresses and holding bouquets. Loud, noisy motorcycles wheeled in, and there were bikers gathered in knots all around the area. Black leather jackets and vests standing around on green, weedy grass, none of them had a face mask, and social distancing was not being practiced.

While they weren’t wearing face masks many of them had pistols holstered on their belts. Most of these guys work for the railroad, they have health insurance, including dental and vision. They probably own homes and a couple of cars. You have to have a good job to drop that kind of cash on a motorcycle. The biggest threat they face is a sudden slowing of the economy ruining their stock portfolio and perhaps affecting their job rotation, maybe even causing a temporary layoff. They are responsible, productive members of society

Maybe the pistols are a fashion statement, like the vests, patches and boots. I’m pretty sure nobody in the small city cared one way or another about the wedding happening in the park, certainly not enough to exchange small arms fire on such a pleasant day in such a peaceful location.

If you travel on Interstate 74 east of Urbana, IL you will see signs by the fence line. They use simple rhyming structures to express a simple theme. One of them “Called 911 – And I’m on hold – Sure wish I had – That gun I sold.” They change over the years, we have gone that way for a long time, but they always have the same meaning. Most of the problems in America are caused by a lack of guns. If only there were a few more firearms things would be better. It is the same argument made by third-world dictators, youth gangs and large groups of mostly white protesters demanding the right to shop.

All the way we saw the “Gun Owners for Trump” signs, NRA bumper stickers, and proudly defiant bumper 2nd amendment slogans plastered from Nebraska to Ohio. Sometimes it seems as if I’m the only person in the world who doesn’t own a gun. You know, I feel pretty safe. My protection comes from a less aggressive form of self-defense, trying to stay out of bad situations, and wearing gloves and a facemask during pandemics.

It’s possible that I will die in a robbery gone wrong. I will stand in line waiting to make my case to Saint Peter thinking if only I had been carrying a gun and shot the man who shot me I could have put this off for a few years, had a little more time to prepare my defense. More likely, though, I will succumb to some old-age inflicted injustice that creeps in and slowly squeezes the life out of me. It has a slightly ironic twist considering my disastrous youth. Anyway, a gun would have done me no good.

Either way, it comes down to what gives you peace of mind. I’m a little uncomfortable around groups of armed people, I can say with some sense of conviction that my gloves and mask and maintaining a safe distance makes others uncomfortable. Maybe I need my own version of the NRA, some organization that protects my rights to wear uncomfortable, restrictive protection during times of potential epidemics.

“Face masks don’t kill people, respiratory droplets from infected people can, though.” I might have that printed on a face mask. It’s time to take a stand.

Facebook6Tweet9PinEmailShares15
wpDiscuz
0
0
Would love your thoughts, please comment.x
()
x
| Reply
Share this ArticleLike this article? Email it to a friend!
Email sent!