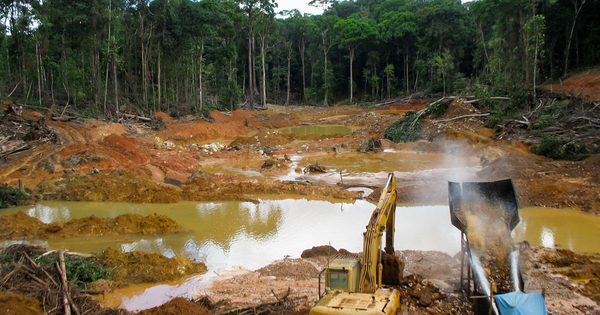 Falsified numbers are contributing to widespread forest degradation from illegal logging and the over-exploitation of Amazonian timber species, according to experts.

In a study published in Science Advances, researchers in Brazil say they found “a strong overestimation bias of high-value timber species volumes in logging permits.”

The falsified timber industry data is used for legal cover to transport, market and sell illegally harvested timber. Essentially, fake permits are making it possible for illegally-logged high-value timber species to pass through the cracks undetected, as though they were legally harvested.

The so-called “surplus” of licensed timber is then used to legalize the timber that was illegally harvested. The government recently reported they had reached its 2020 emission targets early. Brazil has also had an overall decline in its deforestation rates, but researchers say that high-value timber species like ipê (Handroanthus spp.) could be in danger of overexploitation.

Though overall deforestation rates in Brazil have been on the decline, an area about the size of California – 18 percent of the Brazilian Amazon – has already been lost in the last forty years.

Research scientists from Oregon State University and in Brazil note in their report that the fake timber data could represent a “possibly widespread threat” to the Brazilian Amazon.

According to study co-author Mark Schulze, a faculty member with Oregon State University’s College of Forestry and director of the H.J. Andrews Experimental Forest, the system is well-developed. Schulze was joined by co-author Pedro Brancalion of the University of Sao Paulo in the research and report.

“If a company receives permits to extract and transport more timber than exists on the property covered by the permits, wood harvested illegally from other areas can be sold as if it came from the permitted property,” Schulze said in a press release.

For the report, researchers scrutinized the discrepancies between volumes of logging permits and national forest timber volume estimates. They found that estimated numbers of trees were intentionally introduced in order to make room for illegal timber from other areas, making it appear as though they were legally harvested.