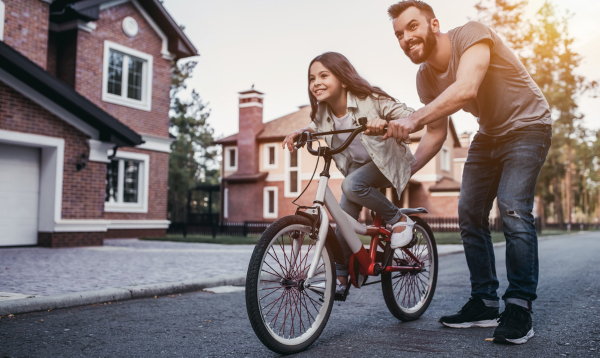 —
I was nine and a half the summer we moved from the two-family tenement on a busy street in the working-class neighborhood called The Highlands. We moved across town to Belvedere, where single-family homes with tall oaks and maples lined the streets. Backyard gardens and wide stretches of manicured lawns bordered the well-kept homes. Ours was certainly no mansion, but if there were mansions in this small New England town, they would be in this neighborhood.

I remember overhearing my mother on the phone with a friend. “I finally have my house!”

I shared her excitement. My sister and I had our own rooms, now. Mine had three big windows, the side one overlooking my mother’s freshly dug garden and the front two providing a second-floor view over the narrow street and across to Alice’s house.

Alice was my first new friend. She walked over to meet me the day after I moved in. Then came Carol, who lived two houses down. It was exciting to have girls my own age nearby and I wanted to know them all. Even Mary Elizabeth, the somewhat odd and un-childlike girl being raised by two elderly aunts next door. I wanted them all to be my friends.

Within a week it was clear that I did not have the one thing I needed to fit in: a bike. Afternoon bike rides around this neighborhood were a group event, and the rules about how far you were allowed to ride were dependent upon your age and on how many friends were riding with you. When the girls arrived at my back door ready to ride, I could see the disappointment on their faces.

So, one afternoon, I approached my father. I led him out to our small screened-in porch so we could be alone. “Daddy, there’s something important I need to talk to you about. There’s something I really, really need. I know it’s not my birthday or Christmas, and I’m supposed to wait, but I really need it now.”

I was a serious and thoughtful child and had practiced my arguments well. My father listened patiently as I explained that a bike was the way to make friends here; that without one I couldn’t really fit in with Alice and Carol, and even Mary Elizabeth.

My father was silent for what seemed to be an eternity. He then spoke, “I believe you. I can see you have thought long and hard about this and I know you mean what you say.”

“Yes,” he said quietly. “My answer is yes. We will go right now and buy that bike.”

I could not contain my excitement then, and I can still feel that excitement when I remember picking out a shiny blue Schwinn bike with a silver bell on the handle that afternoon!

But before we could leave for the store, my father continued our conversation.

“We’ll go and get the bike in a minute, but there’s something else you have to promise me first,” my Dad said seriously.

“Anything, Daddy, anything!” I answered.

He bent down and took my shoulders in his hands so he was looking directly into my eyes.

“But Daddy, I don’t understand…” I began.

“I know,” he answered gently. “But I’m asking you to trust that my promise, the one I want you to keep, is the right one for both of us.”

My father died when I was 19. He did not get to see me raise two sons and a daughter. But the lessons that were seeded that afternoon grew with me, and the wisdom in his loving response watered them. Some bedrock truths were formed for me as a result, things I knew so deeply that their origin was gone. When my children came, I heard those certainties spoken in my father’s voice:

My children are grown now, and starting their own families. When I watch my son gather his two tiny girls in his arms, I can see my father’s smile. I think of all the times my father’s wisdom lived in me and spoke his truths.

Maybe, just maybe, I did keep his promise.

Mary E. Plouffe Ph.D. is a Clinical Psychologist and the author of I Know It In My Heart: Walking through Grief with a Child. (She Writes Press May 2017) She has been a clinician, consultant and training supervisor, and is the author of essays, memoir, and nonfiction. More information can be obtained at www.maryplouffe.com and www.maryeplouffeauthor.com

FacebookTweetPinEmailShares96
wpDiscuz
0
0
Would love your thoughts, please comment.x
()
x
| Reply
Share this ArticleLike this article? Email it to a friend!
Email sent!