In Sunday Aikido Class, I trained with beginner student Eugenia on ryote kokyunage hanmi handachi. Eugenia as the attacker (uke) grabbed both my wrists with both of her hands from a standing position. In suwari (sitting postion), I threw her to my side. She practiced her forward rolls for the first time. I keep my hands in front with my arms straight. I lead the uke to my side to throw. The uke runs around my back to take the fall.

Eugenia attacked my left side. I opened my arms to the left. I moved my hands in front to my right side with my arms straight. As Ishibashi Sensei instructed, I threw the uke straight like an arrow. Everything quiet.

I said, “You have to let go of your fear inside. Even after all these years, I still get afraid sometimes when I take falls. You have to let go.” I didn’t just mean that for the Dojo. Eugenia nodded. She got it.

Aikido is freedom. In Aikido, I enter the attack, enter what I fear. In the center of the attack, in the danger, I let go of the fear I hold inside that I’m not good enough. Letting go is the hardest thing that I do in life. Amen.

So, why do I hold my fear inside, when that only causes pain and suffering? Why is it so hard to let go? Although fear sources my suffering, I hold on because it’s familiar and what I’ve known for years. My fear that I’m not good enough came from Dad. When I was a little boy, whatever I did or didn’t do only made him so angry at me.

The late NBA Legend Kobe Bryant said, “Failure excites me.” When I fail that gives me what I need to work on. I do what’s meaningful to me. I overcome myself. Just train.

I was in love. I let go of the fear I held inside of I’m not good enough. I said, “I love you.” She loved me but was not in love with me. I got it. I dared to fail bravely and failed bravely. I have nothing to do with what on goes inside someone else. I do have a say in what goes on inside me. I forgave myself for being in love. I forgave myself for being imperfectly human, too. I let go. That was the bravest I have ever been. Just saying.

In Theodore Roosevelt’s The Man in the Arena:

It is not the critic who counts; not the man who points out how the strong man stumbles, or where the doer of deeds could have done them better. The credit belongs to the man who is actually in the arena, whose face is marred by dust and sweat and blood; who strives valiantly; who errs, who comes short again and again, because there is no effort without error and shortcoming; but who does actually strive to do the deeds; who knows great enthusiasms, the great devotions; who spends himself in a worthy cause; who at the best knows in the end the triumph of high achievement, and who at the worst, if he fails, at least fails while daring greatly, so that his place shall never be with those cold and timid souls who neither know victory nor defeat.

In the bigger picture, I let go of the fear I held inside and dared to be me. I’m always good with that. Just saying. Amen. 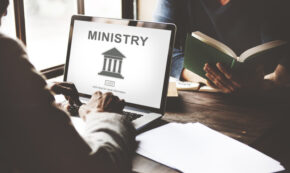