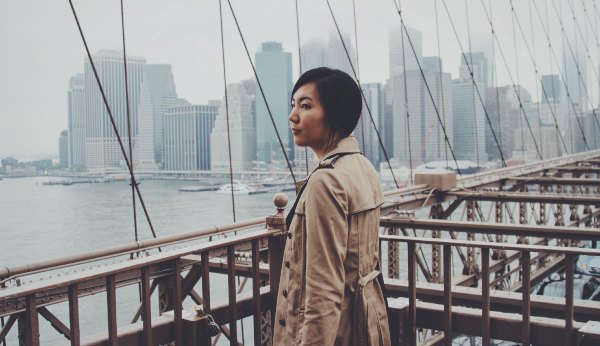 I’ve never been in a physical fight in my life, yet my stress response go-to is the fight response.

Well, I tell a lie, I fought with my sister a lot when we were kids; we’d have this perpetual battle of the stress response, fighting each other with words, cutting insults, slaps, slammed doors, kicks, until we were both too exhausted and burnt out. Then we’d lay around on the sofas in truce mode; until we had recouped some of the energy, then off we went again.

It was relentless, and more than a little damaging for both of us. Consistency of the quipped comebacks was demanding. To put each other’s self-esteem down, constant mimicking and ridicule in the face of vulnerable sharing. We both learned to suppress our truth with each other. That’s a habit we haven’t found our way out of yet.

A typical scenario in many cases and I’d like to declare that I’m going to stop living in fight mode.

Here are the traits of fight response according to psychotherapist Pete Walker MA, MFT:

Fight types are unconsciously driven by the belief that power and control can create safety, assuage abandonment and secure love. Children who are spoiled and given insufficient limits (a uniquely painful type of abandonment) and children who are allowed to imitate the bullying of a narcissistic parent may develop a fixated fight response to being triggered. These types learn to respond to their feelings of abandonment with anger and subsequently use contempt, a toxic amalgam of narcissistic rage and disgust, to intimidate and shame others into mirroring them and into acting as extensions of themselves. The entitled fight type commonly uses others as an audience for his incessant monologising, and may treat a “captured” freeze or fawn type as a slave or prisoner in a dominance-submission relationship. Especially devolved fight types may become sociopathic, ranging along a continuum that stretches between corrupt politician and vicious criminal.

That’s a pretty hefty read, so let’s take a moment here to breathe, perhaps you need to read over that again.

I resonate with a lot of this text, which isn’t easy to say, and has taken me many years of self-inquiry. I have had the belief that power and control can bring me safety, secure love, and most importantly, for me, to assuage the abandonment stories I had.

To make (something burdensome or painful) less intense or severe.

My particular abandonment was growing up in an emotionally chaotic environment. The thing about fight response is that it doesn’t achieve any of the goals that it sets out to achieve; it does keep you safe, and it does ensure survival, yet it keeps you locked away and isolated.

Typically, this kind of response is for short interactions in the animal kingdom. Living in this form is a remnant of the childhood trauma I experienced. The family dynamic, for me, was compounded by a severe case of sexual abuse, that last three years, and ended in a violent confrontation. I was eleven.

That explains my inner confusion over fighting, I fought for my freedom as a child, and then I had an adverse reaction to fighting because of that.

Yet, subtly entwined with my identity, was this need to fight my way through life.

I have some incredible leader figures in my family; they’ve been through so much in their lives and still maintained a connection, dedication, and devotion to fairness, love, and kindness for others.

Part of the way that they survived their traumas was to steel into the challenge, to create a warrior-like ethic to facing life, and also to see life as a fighting ring. Also, to suppress emotion completely. Therefore, all of our family went through the turnings of silence with our emotions. Inevitably there’d be a blow-up argument.

This environment speaks to shame because maintaining shame is the weight that keeps the truth from being expressed. Our truth is our inherent nature, and if there’s something that needs to be said, then it needs to be said to someone trustworthy. It’s incredibly damaging to anyone who has to silence their voice continually for the collective system.

At the end of the day, we are all unique, so we have nothing to be ashamed of. Our nuances make us whole.

Don’t get me wrong; life is challenging, yet, I’m starting to see that life can and does work for me.

Here’s how Pete Walker describes the ability to change this stress response:

Treatable fight types benefit from being psychoeducated about the prodigious price they pay for controlling others with intimidation. Less injured types are able to see how potential intimates become so afraid and/or resentful of them that they cannot manifest the warmth or real liking the fight type so desperately desires. I have helped a number of fight types understand the following downward spiral of power and alienation: excessive use of power triggers a fearful emotional withdrawal in the other, which makes the fight type feel even more abandoned and, in turn, more outraged and contemptuous, which then further distances the “intimate”, which in turn increases their rage and disgust, which creates increasing distance and withholding of warmth, ad infinitem. Fight types need to learn to notice and renounce their habit of instantly morphing abandonment feelings into rage and disgust. As they become more conscious of their abandonment feelings, they can focus on and feel their abandonment fear and shame without transmuting it into rage or disgust — and without letting grandiose overcompensations turn it into demandingness.

Unlike the other 4Fs [types of stress response], fight types assess themselves as perfect and project the inner critic’s perfectionistic processes onto others, guaranteeing themselves an endless supply of justifications to rage. Fight types need to see how their condescending, moral-high-ground position alienates others and perpetuates their present time abandonment. Learning to take self-initiated timeouts at the first sign of triggering is an invaluable tool for them to acquire. Timeouts can be used to accurately redirect the lion’s share of their hurt feelings into grieving and working through their original abandonment, rather than displacing it destructively onto current intimates. Furthermore, like all 4F fixations, fight types need to become more flexible and adaptable in using the other 4F responses to perceived danger, especially the polar opposite and complementary fawn response described below. They can learn the empathy response of the fawn position — imagining how it feels to be the other, and in the beginning “fake it until they make it.” Without real consideration for the other, without reciprocity and dialogicality, the real intimacy they crave will remain unavailable to them.

Learning how to be intimate, and relate consciously with another human being has been a long road for me, and one that I am still only at the start of.

One thing I had to unlearn was the celebration of fight response in men, in our culture. The only emotion celebrated in men, as a boy, or a young adult, is anger.

These traits, as a stress response, can be subtle; not hearing another point of view because you feel locked up inside, not liking certain foods because you got sick from them one time, not letting someone else speak; talking over someone, waiting for them to finish so you defend yourself. The list goes on.

I can recognise all the times that I have incessantly monologising; only listening to someone to formulate my memory of what they’re saying and instead of empathising, repeating their experience in my experience. I remember all the perplexed looks of disconnection.

I remember all the times I spiralled down in the conversation of power and alienation.

Even writing articles is monologising!

I have struggled so much with rage and disgust, if there was even a small injustice in a relationship, I would fly off the handle verbally, or withdraw and brood on it for months. Both responses are a rupture in trust.

The strange thing to me, looking back, is I didn’t know any other way, and I honestly believed that what I was doing would create intimacy.

In part, because the infused enmeshment of my childhood had confused me as to what intimacy is.

This response had me arguing with strangers on the internet because they said I was wrong. It had me controlling relationships with my fear and anxiety because I didn’t feel safe with uncertainty.

The key to letting go of this response, and I’m nowhere near there yet, is surrender and acceptance. I have now arrived at a position where I can be aware; see all of the occasions I have used the fight response subtly. I can be aware of where that came from, and I can surrender to the fact of where it came from, why I did it, and to forgive myself for my actions.

Next step is to live life in a more balanced presence and to believe in my own grounded power.