A true heart doesn’t break, only the walls build around it.

Freedom Song: An Ode to the Warrior

I was 34 and far too young for my age when I decided to ask a woman to marry me.

Not that I felt “ready”as much as I felt it was “time”, because, you know, we all have this idea about how there’s “a time”  for these things. That magic calendar filled with all those “shoulds.”

But  like all fire-breathing dragons, I had wings,
and as such, cages terrified me.

I looked at that institution and saw a cage.

But beyond all the iron gates and prison bars, there was this one thorn in my own mind that was more of a cage than any prison in the world:

Nobody in the world would love me if they knew who I REALLY was.

What if she saw me completely naked, and said
“no”?

What if she said “yes”to face I showed,
but “no”to the part I most cherished?

Before popping the question, I needed to be “sure”, so I designed a strategy.

Some people visit a therapist, a palm reader, or get their tarot cards read.

So I told her, “I wrote something for you.  It’s called “Freedom Song.”
That probably should have been a clue, but, anyway, I went on to declare:

I’m running wild across the plains,
No burn of a saddle across my back, Jack
No teary eyed fury of a fence to shut me down.

I’m alive like THUNDER,
a booming, raging storm,
and I don’t sleep,

So just let me run, yo.
Let me stomp my hoof down on the earth
Break down this shaky hearth
Because I must
Kick up this dust
So that it shakes,
So that it covers my face

And through this veil of darkness you shall see

My mother giving birth
To a raging ball of Light, said she.

You get the idea.
I wanted to be married, but I didn’t, you know, “want
To be tamed”.

Anyway, she looked at me and said:

“What’s new? I already know that about you.”
Sigh of relief.

Not exactly, for then came the parting shot:

“But you’ve already got that out of your system, right?”

The truth demanded a courage I didn’t have in me yet.
Because that level of integrity requires a corresponding degree of self-love.

A heart that’s been wounded often loses faith,
and kneels at an altar that sings a warped tune about
not being “enough”.

A heart without faith in itself becomes like a blade of grass that worries the sun will never come out again.

It sprouts bricks around itself,
cakes its face with too much make-up,
erects a tall fence of invulnerability,
and postures like a hardened criminal.

But it doesn’t work, because a heart that’s encased in a shell like that can’t really breathe.
So it kicks up a storm like a person who’s buried alive,
Making a racket to break through the tomb
for a whiff of springtime.

It wages war on its own shield, and gets busy doing whatever it takes to break free.
Sometimes, this looks like a lot of reckless choices.
Enter the risk-taker, shadow of the Warrior.

Two months after the big poem, I found myself in Oklahoma where I fell in love with horses.

All I wanted was to feel

the freedom of flying over a green, rolling field on the back of a unicorn.
I entered the stable and selected Grumpy the Cat of horses,
who didn’t want me on her back.
Tried to scrape me off on the barbed-wire fence.
But I was young then,
and still believed in this old wives tale that I could make things happen
by force.

So began the battle of wills.

Grumpy the Horse had other ideas
as she raced with determination toward a big Oak Tree.
This unicorn had bad intentions.
There’s always this moment where you get a chance to slow things down,

pause,
and tell the truth.

I could have done that here, you know, to listen.

But I didn’t.
I kept kicking
harder,
faster
until we reached the tree where she blew the air out of her lungs,
cut sharply to the right,
and launched me like a pebble flying out of a sling shot
crumbling on the roots of the tree.
Humpty Dumpty with 7 fractured ribs.

The cage that protects my heart wasn’t strong enough
to save me from myself.

I don’t wanna be tamed, yo.

Twenty years later,
older and more mature,
I sat on my beloved Yamaha V-Star 650 and leaned on the throttle.
A new kind of horse
that also went in a different direction than I wanted,
this time leaving me scrambled in a heap on the pavement.

I walked away from that mess with minor damage because, this time,
I was wearing protective gear.

It occurred to me that my helmet seems to be made of that same material they make the black boxes for airplanes.

I wonder, what if there was some sort of black-box I could carry my heart around in?

Maybe it would be safer to keep my heart inside my motorcycle helmet.

“A warrior is one who has the capacity to have his heart broken over and over without building a wall around it.”

But I have a feeling the heart itself never actually breaks. It’s the wall I’ve constructed around it that keeps cracking.

When the walls begin to melt in those moments of true vulnerability you can feel.

Everything.
And you think the heart is breaking.
All that really breaks is the cage around it.
Thank God.  Lets have more of that.
My own heart is like the soil in a garden full of morning dew.

Even a black box becomes a coffin for a heart that holds the divine seed.
It needs a good husk.

As I grow older and come to terms with the beating I’ve given this Temple,

I am reminded that my body is the husk,
not the cage.

It nurtures and protects my heart,
and in turn
my heart sings through it
to create beauty
and magic
in the world.

I’ve got to keep it safe.
My job is to let it breath,
To grieve,
To inspire with joy,
To bathe in gratitude,
And face this world without any barrier.
Because, really, the hurts that come to an unprotected heart
Are not the slings and arrows from “out there”,
But from that twisted song echoing within these walls.
And there is no black box that can sweeten that sound.

I want the freedom that comes from a heart that’s not afraid to dance,
and doesn’t cower from the rigors of intimacy by mistaking it for a cage.
I want to run wild and naked without hiding behind these pretenses
that keep me from touching the world
with fearlessness.

The Warrior to clip the wings of this
Fire Breathing Dragon of Recklessness,
wreck this cage,
and step out into the arena,
naked,
and
free.

Greg Liotta, MSW is an artist, coach, and transpersonal counselor. Greg became a Certified Co-Leader with the Mankind Project in 1997, and for +20 years has been leading transformational retreats and groups, blah blah blah. Things really started picking up when he adopted Jon Snow, the puppy. Since then, you can mostly find Greg wearing dirty pants & old T-shirts while hanging around dog parks in Austin. He's the star pupil in Jon Snow's School for Learning How to be a Better Human. 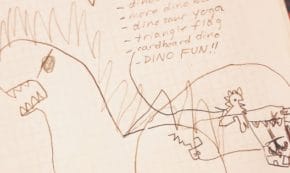 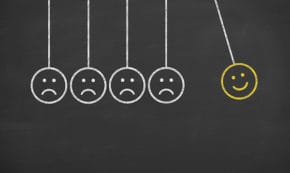 END_OF_DOCUMENT_TOKEN_TO_BE_REPLACED

Facebook46TweetPin1EmailShares47
wpDiscuz
Share this ArticleLike this article? Email it to a friend!
Email sent!