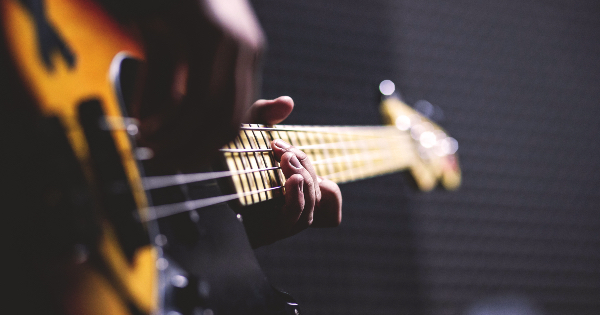 I am something the kids refer to as “music fanatic.”

This doesn’t make me special in any way; many, many people enjoy music.

Personally, I took my fascinations with sound to creating them. Sounds that is. I created sounds. I used to be a somewhat decent bass player who attended the Berklee College of Music. I did poorly due to a combination of being young and unfocused and the idea an institution can teach art, and then moved away from music on to the next chapter of my life.

But while I strayed from playing, I never stopped loving music. I think this love has kept me from having stale tastes—someone who listens to the same music in their advanced years as they did in high school.

(I have friends like that, and discussing music with them is disheartening.)

Not to say I only listen to new music; I’m neither trying to be young and hip nor holding onto my past. I just take suggestions, and if I like what I hear, I add it to a playlist.

I was recently told to check out the Katie Henry Band.

I did as instructed, and what I heard was most enjoyable. The songs and singing are solid, and my fetish, the bass? Oh, that’s just sublime.

The Katie Henry bassist—a fella named Antar Goodwin—reminded me of Donald Duck Dunn and Meshell Ndegeocello. The style is simple, with flourishes that fit each song effortlessly. Which is important, because, without good bass, you have a bad song.

You might think I’m overstating things a bit, but science has my back on that assertion.

If you don’t feel like clicking it, the long and short of that link is: humans recognize bass easier than any other instrument. Therefore, people hear when the bass is imperfect in rhythm or melody; when the bass is “off,” so to speak.

The point is the bass anchors songs.

Don’t take my word for it; take Sting’s. He chose the bass guitar as his weapon of choice, because, “If the keyboard player plays a C chord, it’s not a C chord until the bass player has put his note in. I can change the chord at will. Therefore I can change the harmonic structure of the song, the dynamic structure of the song, and having the low end with the bass and the high end with my voice; I feel I can really drive this thing without seeming to drive it or being dictatorial.”

Words don’t do music justice, however, pull up a couple practical examples. On your Spotify or Apple Music (or whatever system you use), dial up Last Day of Our Acquaintance by Sinead O’Connor, and Alanis Morrissette’s So Unsexy.

Sinead’s “Last Day” goes from insanely good to woefully bad the moment the bass kicks in. For the first three-quarters of the song, it’s impossible to deny her voice, the lyrics, or the simplicity you’re hearing. The emotion rips through you; listeners feel her sorrow, and reflect it in themselves.

And then everything “kicks in.”

The drums? They’re rock solid. Sinead’s voice? More powerful than ever. The bass? Oh Jesus good God… it’s like the producer gave the job to his nephew instead of a qualified applicant.

The bass playing on Last Day of Our Acquaintance plods along soullessly. Music is about feel, and this bass player has none. It’s so mind-numbingly awful that it distracts from what should be an intense finish to a touching song.

Which brings us to So Unsexy.

For the most part, the bass in that song is one note.

Sure, there are trills, but for the most part, the bass line is repetitive. But Meshell Ndegeocello plays that one note with such ferocity and soul that it cannot be denied. Meshell plays with passion; she puts everything she has into that one repeated note, and it’s nothing short of delicious.

In my humble opinion, you should check it out.

And check out Antar Goodwin while you’re at it.

More nonsense by Nathan can be found on his Amazon Author Page.

Photo by freestocks.org on Unsplash 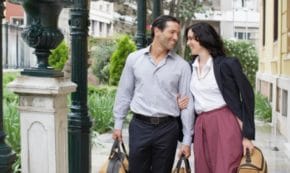