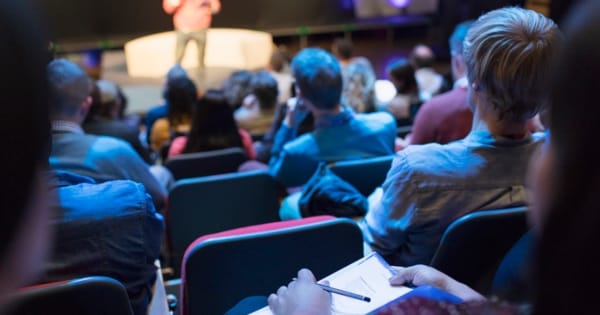 —
I was at a writer’s conference recently where a venerable science fiction writer–one of the original founders of Comicon, in fact–delivered a keynote address during which he complained off and on about how the literary world doesn’t take writers of genre fiction seriously. If you’re unfamiliar, genre fiction refers to romance, thrillers, mysteries, science fiction and fantasy–anything, really, that isn’t literary fiction
.

And what is literary fiction? Good question. I’ve heard it described as, “stories with long, fancy sentences,” and, “serious, important, true-to-life fiction,” and, “boring, depressing stories where nothing happens.” Whatever it is, it’s the stuff that gets studied in college, that gets reviewed in the New York Times, that wins the Pulitzer, and that might someday be added to The Canon.

Which is why one bestselling literary writer I interviewed described it as, “stories for smart people.” This is where the trouble, the antagonistic sniping between literary and genre, really starts. Whenever I hear this sniping, I think of when I began reading and writing in earnest. I was a teenager who had fallen in love with Tolkien and fantasy fiction. I read it and I wrote it and I even played it when I gathered with my friends for a night of Dungeons & Dragons. I wanted the itch of adventure and magic and good and evil scratched again and again.

My freshman year in high school, a local, minor-celebrity poet (he’d had a poem published in Rolling Stone about an angry Dagwood Bumpstead that earned him some postmodern cred), served as a visiting teacher in my creative writing class for a month. “Please don’t talk to me about these books with chimeras and elves and unicorns,” he told me one day. “I’ll be ill.” I found him both charming and obnoxious simultaneously. I absolutely wanted his approval, but I wasn’t going to change my reading tastes to get it.

I wasn’t going to change those tastes because reading books with chimeras and elves and unicorns made me happy. So I kept reading them until that itch no longer needed scratching. I discovered poets like E. E. Cummings and T. S. Eliot, and novelists like Vladimir Nabokov, Ernest Hemingway, and William Falkner, and my tastes shifted. They shifted as I shifted, as the questions I asked myself evolved, as my fears and expectations and experiences changed.

Was I smarter now that I was reading and writing literary stuff? No, I was not. I was the same person as when I was reading fantasy. It’s just that I could feel within me that there was something I needed to do, some path I had to follow, and what I wrote and read was an integral part of that path. Eventually, I would stop reading and writing fiction altogether as my path wound on.

However, when I was deep in the world of literary fiction, when I spent every day writing it and trying to sell it, I held a vaguely low opinion of genre writers because they were writing stuff I no longer liked. That changed as soon as I began interviewing writers, began actually meeting them and talking to them about their books. I found I liked them all, that while their books were very different, their love for those books looked and sounded the same, the way parents’ love for their children the world over looks and sounds the same.

Writers of all stripes are by and large pretty progressive people. Since most of them have lived as outsiders, they are often champions of the underdog, voices for the voiceless, and believers in the inherent equality of all peoples. But, oh, how we will judge other writers. Literary writers are pretentious snobs; genre writers are hacks; this one has real talent; that one has none at all. It took me a while to recognize this sniping as just another form of bigotry. Or is it jealousy? Or is there no difference?

Whether I think another kind of writing, or another color of skin, or another religion is worse than mine or better than mine, I am wrong. To believe this is to believe another life is better or worse than mine. I don’t want to trade places with anyone else. I might want someone’s house or Amazon ranking, but I don’t want their life, as this would mean the end of mine. For it was that other person’s life that placed them in their house, that brought them that ranking; their whole life, every moment of it, the boring stuff and amazing stuff, the kisses and the goodbyes, the dreams and the nightmares–just as Tolkien and Dungeons & Dragons and chimeras would, in some small way I could never have explained to the visiting poet, help bring me to this very page for this very story.

Facebook17Tweet4PinEmailShares21
wpDiscuz
0
0
Would love your thoughts, please comment.x
()
x
| Reply
Share this ArticleLike this article? Email it to a friend!
Email sent!