Get Daily Email
Join/Login CLOSE
Home / Featured Content / Have You Lost Your Joy? 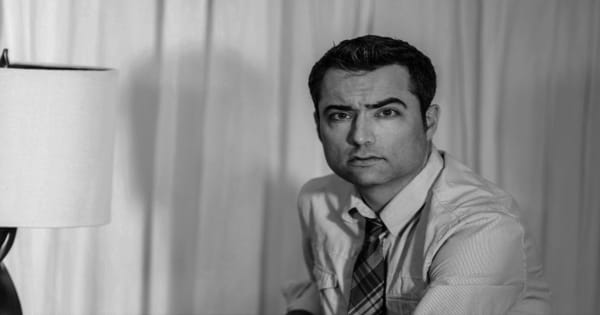 I got this news this past Monday. I took most of Tuesday to process the news and wrap my head around just what happened. I’m grateful my schedule on Tuesday was light because I was on the phone most of the day instead of at work or working with clients.

In the times I wasn’t on the phone, I was cruising YouTube for new music… as one does when one finds out news that I got on Monday.

He’s on my Mount Rushmore of the electric guitar. With Eric Clapton, Duane Allman, and Jimmy Page…

Best known as a member of the iconic progressive rock band Pink Floyd, David Gilmour has brought his bluesy riffing and his intense lead work to some of the coolest and smartest songs in rock history.

In 1972, Pink Floyd played a show at the ancient Roman Amphitheatre in Pompeii which was filmed and released in theatres in 1974. Aside from the production crew, there was no audience to see the concert.

By the way, I’d give my right arm to see that film!

Let’s flash forward to 2016. Gilmour brought a solo band to that same theatre for a DVD and live album. But this time, there was a full concert with a full audience.

And my God what a band! His two keyboard players were Greg Phillinganes – who was Michael Jackson’s musical director for many years apart from being a dynamic studio musician. And Chuck Leavell – who is not only from my hometown of Tuscaloosa, Alabama, but has played with some iconic acts in his own right. And was friends with my Dad at one point…but I digress…

The video I found was of Gilmour’s take on the Pink Floyd classic Comfortably Numb. It began with the slow droning drums and keyboard work of Leavell and Phillinganes.  Leavell sings the verses that Roger Waters sang once upon a time on The Wall.

This is before Gilmour steps up to the mic and sings that epic chorus!

“There is no pain, you are receding. A distant ship smoke on the horizon…” God, I’m getting chills writing this!

Aside from the deep lyrics of this song, it’s best known for two of the best guitar solos in rock history. They aren’t flashy and fast, but they’re played with every ounce of Gilmour’s soul.

After the second verse and chorus, Gilmour unleashes holy hell for several minutes. Bending strings, digging deep, and making very judicious use of his whammy bar – it brings me chills in places I never knew I had every time I hear it.

Keep in mind, Sir David is 70 years young during this performance and his playing sounds just like it did when this song came out in 1979.

Even more than the song itself, there was a moment during this video that really touched me deeply.

During Gilmour’s second solo, the director cut to a shot of his drummer Steve DiStanislao. He got several shots during the video, but this one touched me. He’s played with some big names in his own right – Joe Walsh, and Kenny Loggins for starters. He’s no rookie.

As he’s playing, DiStanislao had a huge grin on his face. I can’t explain it, but it appeared to be a look of “Holy shit! I can’t believe I’m here, playing here, and playing this music!”

It was a look of total joy!

I’m sure he and the folks in Gilmour’s band were paid well for their talents. And I’m confident in assuming that DiStanislao has made a good living playing music.

But it was the look. That look of unbridled joy that just got me.

I’ve written a lot in the past year about being a grown man versus a little boy. And in many ways, I’ve brought a lot of my grown man-ness to my projects as of late.

Let’s just say this: a goal I can see happening for me this year… I’m taking action toward… let’s just say it rhymes with “Bled Chalk.”

If a guy like Steve DiStanislao – or David Gilmour for that matter – can keep their joy despite all the successes and the triumphs they’ve had in their careers, then I sure as hell can.

I want to ask you all a question: where have you lost your joy?

Have you become jaded and cynical about love?

Have you gotten sick of your job?

Have your responsibilities become a burden?

Has your life become a burden?

I can’t tell you exactly how, dear reader. But I can give you a few places to look.

These are but a few ways to find your joy again. But you must find that joy in order to create that huge life for yourself.

Any questions about either group, shoot me an email at [email protected]. Or just simply take the chance and sign up.

In closing, another thing I’d like to invite you to take on is find a picture of you as a child. Not a portrait, but a candid shot where you appear happy and joyful. And try to put yourself back in the mindset of that youngster.

You may think that your joy is dead. But it’s alive and well inside your soul. You simply have to feed that inner child.

And watch that video!

Photo by Keegan Houser on Unsplash