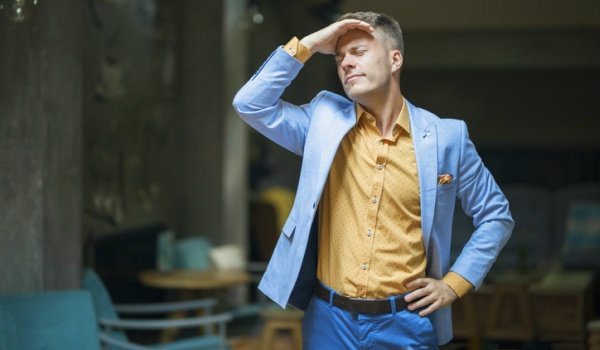 There’s no more apt description than Saint Augustines’ suggestion that resentment is:

‘like drinking poison and waiting for the other person to die.’

I touched on resentment briefly in a recent Instagram post, but I felt it warranted further exploration. Primarily because it seemed to resonate with people much more than usual. I suspect that it affects many people, either consciously or unconsciously, in similar ways. In sharing my personal experience, I’m hoping to encourage some judgment-free inquiry of how resentment operates, and potentially enable some loosening of its grip on other people, as this has done for me.

As is often the way when taking part in personal development workshops, there are often insights gained within the space, but it is when we return to our everyday life that the possibility of real change occurs – where we are presented with situations which usually trigger conditioned or habitual behaviors and responses, but we are able to respond in different ways, or gain a new clarity or perspective on ourselves, and what occurs.

So, fresh from some recent workshop experiences, I have been presented with some vivid illustrations of how resentment occurs in my life. The first one I’ll call the ‘relationship resentment cycle,‘ which played out in real life, giving me a demonstration of how this variant works in myself and affects the loved ones in my life.

I’ll call the second version of my ‘work resentment cycle.‘ Though this was revealed primarily through a process of reflection, it’s a variation which has arguably had a more significant impact on my life, affecting as it has my relationship to work, and my colleagues, throughout my working life.

I’ll set the scene. It’s a Friday evening, and I had planned to pick up my daughter from school early, in order to get onto the motorway and transport her to her Aunt’s place outside of London. However, upon stopping home, it was clear my wife was unprepared and running late to pick up our son from nursery.

Before stopping to think, I offered to change my plans – taking my wife to pick up my son and dropping them home before heading off on our journey. It is right away that this gets interesting – because somehow, in the very act of making the offer, I could feel my resentment emerging.

It began to fully surface, in the process of picking up our son. My anger and frustration with my wife grew by the minute. Needless to say, after dropping them back home, then heading towards the motorway, the Friday afternoon school rush was in full effect, and my daughter and I were now stuck in traffic.

My rage, frustration and resentment escalated. I wanted to explode. I exchanged several accusatory texts with my wife. I raged at the stationery traffic. But I also had the (lengthy) opportunity to question who, or what exactly, I was angry about. Though tempted to blame my wife outright for the inconvenience and delay to our journey, I was able to observe a few things:

– Initially, I had felt OBLIGED to make an offer to her, which was in opposition to what I wanted and needed to do for myself.

– I compromised myself completely and broke my own, unspoken boundaries.

– the resentment took on a life of its own and seemed to be fully justified. My wife seemed to be taking more time than necessary during the pickup of my son, which aggravated me even more. Clearly she was ‘to blame.’ I was acquiring evidence, to that effect.

– the rage I felt, when trapped in the car, had nowhere to go. On reflection, I was LIVID with myself, for betraying myself and offering something that would clearly have an impact on me and my plans.

I’ll move on to the other form of resentment, linked to avoidance of conflict, and the way this can and has played out for me, repeatedly, in real life – and particularly in my working life.

In a work situation, and indeed within any group of people, I am on the lookout. Looking to find a place for myself and establish myself within a group hierarchy or dynamic, with the feeling already that I have to keep separate, and stay on ‘guard.’ Despite being an ‘amenable guy,’ in this environment, I am always on the lookout for potential conflict and trying to avoid it.

A recent work situation vividly illustrates the sequence of events that usually transpires. It all started when a new colleague was employed in a similar role to me. Soon after his appointment, in preparing a presentation for a client he was putting together, he neglected to include some creative work I had produced, which I had asked him to.

Rather than addressing this with him, fearful of things (ie. me) ‘kicking off,’ I didn’t say anything. It set in motion a building sense of animosity and antipathy towards him which eroded any chance of working with him effectively and led to a growing sense of disenchantment and isolation for me within our work team.

This separation was reflected in my place in the wider work dynamic, and the company itself. Let’s just say that over time, operating within an environment of suspicion and exclusion did not exactly nourish my ability to contribute effectively, connect with my colleagues or with my own creative ability. Eventually, I was called aside and asked to leave the company, as part of a general shedding of staff.

Undoubtedly, there were other factors involved in this scenario. For example, it was no coincidence that the dysfunctional cultural dynamic of the company mirrored my own family dysfunction, and led me to take on an uninvited (and unpaid) role as mediator or appeaser. There were also extenuating circumstances, which could all be pieced together to make an admirable case for the defendant (again, me) that I was the ‘wronged party.’

What lies at the root of resentment?

I can trace both forms of resentment back to my childhood, and a family dynamic which ensured that my ability to connect with my own wants and needs, my own boundaries, was supplanted by a preoccupation with ensuring everyone else’s needs were taken care of – as a way to minimize or prevent conflict or escalation.

Thus, not only do I fall back into patterns of responding to requests from others, but I will also pre-emptively offer to do things which I feel obligated to do – unconsciously knowing (an oxymoron, but true to the experience) that at that moment, in the act of asking, I will be resentful about being put in that position. The feeling is I have no other choice in the matter.

And then there’s the fear of conflict. It’s a fear that includes the fear of my own anger – and a desire to avoid conflict which inevitably leads to more of it. And, similarly, with the first variant, it all stems from an inability in connect with my own wants and needs, and establish clear boundaries.

As demonstrated in both cycles, this can trigger a whole sequence of events, one where I am consumed by anger or even rage – a rage that I am desperate to assign to someone else, but on further inspection is invariably directed at myself. A deep annoyance that I have compromised or even betrayed myself.

Usually, in the normal cycle of events, there is nowhere to direct this anger, so it is often unexpressed, absorbed in me. The anger or resentment is pushed down – waiting to be let out at a later date, or most likely carried as a grudge. Alternatively, I identify the person, people or even organization ‘responsible’ for my grievance and direct my anger at them. Usually, I feel completely justified to do so – as the initial cause of the cycle (my inability to assert or establish healthy boundaries) is hidden from sight.

What can we do about resentment?

A lot of advice around dealing with resentment seems to be variations of ‘stop it’ or ‘don’t do it.’ Not exactly constructive, or reflective of the often unconscious nature of how resentment operates. In my experience, it is a difficult feeling to come to terms with, much less take responsibility for it. But this is the path towards liberation from resentment.

At the outset, it is important to adopt an attitude of curiosity and compassion for oneself. To sit with the feeling of resentment as it emerges, or as it plays out, and enquire into what exactly are the origins of its emergence. Inevitably, I’d venture that the source is always YOU – and invariably linked to a transgression of personal boundaries that may or may not have been expressed.

Once the resentment is in play, and evidence builds as to the responsibility for it in other people, it’s very easy to lose sight of where it came from. It’s also easy to forget that the cost of resentment is always incurred by the person feeling resentful, rather than the recipient. If anything, that should provide motivation to do something about it.

As uncomfortable as it may be to do, it’s vital to take full responsibility for feelings of resentment. This means not just admitting it to yourself, but potentially also to the people you are being resentful of. From personal experience, this level of accountability and vulnerability can be very favorably received. The perverse nature of resentment is that although the recipient will likely be unaware of your resentment, they will feel the energy of it – and it will be very likely to be affecting your relationship with this person. Bringing it into the light, out of the shadows, can seriously transform these relationships.

In tracking the roots of resentment, its useful to return to the original incident, but also to go further back, to its TRUE origins. Inevitably, there will be firm ROOTS in childhood and early experiences of relational dynamics (invariably linked to your early family life). It’s likely this will require some deeper inquiry, and potentially the support of others. There’s plenty of workshops and trained practitioners around that can help to explore this. It’s something I support my clients within my one-to-one coaching. Often it requires simply gently holding up a mirror.

I know with the exploration I’ve been doing, I’ve set in motion a disruption of my core relationship with resentment, patterns around how this occurs in my life, and in my relationships. Potentially, this is the start of a whole new way of being. I’ve had glimpses of this, and believe me, it’s astounding. As with most ‘shadow’ energies, there can be an extraordinary impact when space is allowed for resentment to be experienced, acknowledged and let go of. The impact this work can have on your life is profound.

Facebook16TweetPinEmail1Shares17
wpDiscuz
Share this ArticleLike this article? Email it to a friend!
Email sent!