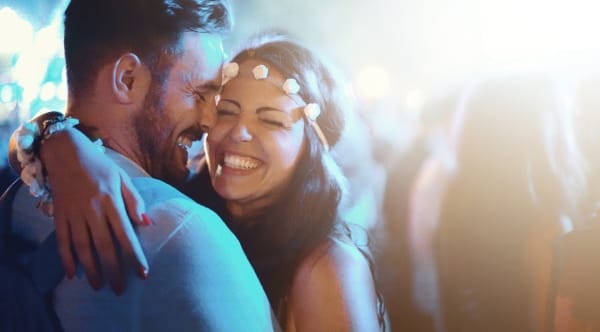 I heard those words 33 years ago from a woman friend, and in the context in which she said them they felt like an insult. Today, however, if I hear them my eyes would fill with tears because it’s one of the biggest compliments I can receive.

Perhaps it’s age and the passage of time, but I feel gratified to be able to provide a sense of comfort to women who cross my path, and I’m learning that such a sense is possibly the key to building the kind of intimacy required to maintain a long-term relationship. Of course it won’t happen with every woman nor should it, but if a man can do so he really has something that he shouldn’t exploit or take for granted.

Of late I’ve been able to detect just how safe someone feels around me. I attend a lot of dances, and I’ve learned that if a woman is willing to dance close to me — and I always allow her to choose that distance — I can pretty much detect her level of comfort. Now, I also understand that just because she dances close to me doesn’t necessarily mean that she wants sex; of course, I always assume that she doesn’t.

But it’s more than just physical touch. There are other ways that men can communicate the message “I will never intentionally hurt you,” such as by listening and asking questions — because doing so indicates true interest.

Some years ago a woman I met at church who, I didn’t immediately realize, was in the midst of grief; at that point, I called upon my spiritual gift of mercy. Now, she was always dressed very sharp when I saw her, always in a dress and heels and usually in a hat.

One night after my big-band rehearsal, however, she invited me over to her place, which was right across the street from the rehearsal hall. When I got there she was in a sweater, jeans and slipper socks — and, despite that she was still tender emotionally, looked radiant. I was deeply touched that she felt sufficiently comfortable with me to do that.

Recently I wrote about men who complain that women won’t have sex with them and thus go off on rampages. But that alerts me to their own selfishness, which manifests itself in a sense of entitlement, and truth be told I can see why no sane woman would want them. Basically, they really don’t care about women as people; they’re merely sex objects.

It’s about being in tune with who and what she is and aspires to be. Connect there and you’ll go pretty far.

This post was previously published on uncommonsensecommentary.blogspot.com and is republished here with permission from the author .

Facebook349TweetPinEmailShares349
wpDiscuz
Share this ArticleLike this article? Email it to a friend!
Email sent!