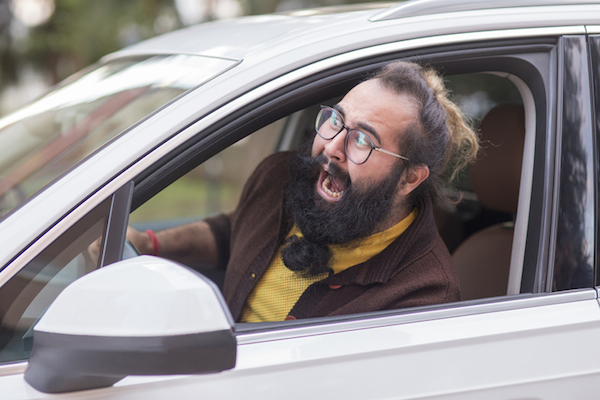 Since the modern-day millennium has merged upon us, there has been no shortage of op-eds, podcasts, lengthy articles in upscale magazines, self-help books, documentaries and other forums discussing and detailing both, the positive and negative aspects of men and manhood in general. Yes, indeed, the 21st Century man has been the target and focus on considerable scrutiny. Supporters have seen such attention and critique as a welcomed and long overdue development. Critics argue that a significant portion of the coverage regarding manhood has been retrograde and disproportionately negative.

I would make the case that much of the commentary has been a combination of complementary and condemnation. To be sure, there are many men who are first-rate in their relationships with others and deserved to be saluted for their behavior. On the contrary, there is a segment of men who are belligerent, brash, bedeviled and live up to the most negative stereotypes associated with the male gender. Most, if not all of us have encountered these men. They can be obnoxious, annoying and often dampen any workplace setting they are a part of or any social setting they insert themselves into. Some of these types of men are:

No Way Nate – You are the guy that can never agree to do anything to help anyone else. You always have an excuse. You are always too busy, too tied up, too tired, too overwhelmed, too preoccupied or too something to be of use to anyone. Extending a helping hand is like a foreign concept. Assisting or coming to the aid of someone else is always seen as a burden or inconvenience. Thus, you reject any request to come to the aid of your fellow man (or woman) In essence, it’s all about you.

Pete The Pig – You are the guy who is sloppy. You seldom, if ever, clean up after yourself. You leave your clothes all over the place. You drink and eat other people’s food without permission and often feign ignorance when confronted. You leave the dishes and glasses piled high in the sink or in other places around the house or apartment In some case, you do not put a high emphasis on personal hygiene. In general, your behavior and attitude are primitive on a number of levels.

Self Absorbed Steve – You are the guy who can’t wait to brag about your latest accomplishment or conquest, (including sexual conquests). You frequently interrupt other people in an effort to show others how important you are. You usually, if not always dismiss other people’s experiences as being less important than yours. You cut off others who are discussing issues or topics that you do not want to hear about or feel uncomfortable participating in. You are the guy who loves to be the center of attention. Thus, everything is all about you.

Gossipy Gary – You are the guy who can’t wait to hear about the new employee(s) or recent hire. In fact, you frequently take it upon yourself to take him or her out to lunch, dinner, for coffee, etc… in an effort to learn more about them or to potentially use such information against them. You do not hesitate to divulge salacious or secret information (sometimes discreet, other times shameless) about other “friends” or colleagues. You relish in discussing what you see the shortcomings of others in an effort to belittle or diminish them in the eyes of others. More often than not, you have no problem spreading rumors whether they may be true or not. Veracity means little if anything to you. You simply do not care. Basically, you are shameless.

Misfit Mike – You are the guy who is noticeably awkward. You are often clumsy if not outright rude in your effort to communicate with others. Like your self absorbed counterpart, you frequently neglect your personal hygiene. You frequently make fractured or inappropriate comments in meetings and in public. You talk too loud. You often leave before matters are fully discussed or resolved. You often respond to certain situations inappropriately. You ask other people very personal questions. You have little if any idea how your awkwardness irritates others or makes them extremely uncomfortable around you. The fact is that you are clueless.

Jealous Jake – You are the guy who is constantly competing (in an unhealthy way) with co-workers, other friends and in some cases siblings and relatives. You resent anyone who makes more money, is more attractive, more intelligent is better situated than you. People who accomplish more than you do set you off internally and in some cases externally. You are constantly trying to outdo other men no matter how insignificant the situation is. You believe that anyone else’s gain is your loss. You are consumed with insecurity. You are bad news.

Miserly Mark – You are the guy who is always counting his change in his mind. You always promise to buy a round of drinks for everyone to buy never ends up doing so. You have no problem with allowing other people to foot the bill on your behalf, but never ever reciprocate. When other people donate twenty, thirty or forty dollars, you donate five or maybe ten dollars at the most, even though you could afford to give more. You are always watching your wallet, yet have no problem choosing super upscale places when it is your turn to be treated or celebrated. You detest donating to humanitarian or charitable causes seeing them as burdensome. You view other people who are generous as naive or suckers. You are pretty much a cold and aloof person

Hothead Harry – You are the guy who gets upset and yells at the waiter or waitress for bringing you the wrong drink. You immediately go ballistic in an argument. You give anyone a dirty look who upsets you no matter how minor. You cannot respond rationally to people when you get angry or upset. You have no problem threatening people. In some cases, you are inclined to get physical. The slightest little thing can set you off. You border on having psychopathic tendencies

Disloyal Dave – You are the guy to whom loyalty is a one-way street. You have no problem who betraying others, including close “friends”, significant others etc…if it means satisfying your desires or accomplishing your agenda. Whether it be in business or personal relationships, you have no problem breaking the rules or deviating from appropriate behavior. To you, morality and fair play are foreign words. In some cases, you live to betray. You leave a lot to be desired.

Aimless Andy – You are the guy who lives day by day. You go along with life for the ride so-to-speak. Planning for the future is irrelevant to you. You have no problem bouncing from job to job. From relationship to relationship. If you succeed okay, if you don’t that’s fine as well. A devil may care attitude is your philosophy. You leave life to chance. You lack any meaningful level of discipline. You are largely immature and irresponsible.

Houdini Howard – You are the guy who’s always around only when things are going well or when you need something from someone. Otherwise, you are missing in action. People are always either always a backup friend or afterthought.

Arrogant Alan – You are the guy who takes shamelessness to an entirely new level. You will do or say anything no matter how untoward or irresponsible. You expose your arrogance through venomous comments and behavior. toward others. You care little about the feelings of others. You seem to believe that there are no consequences for your behavior. You are highly immature and your arrogance knows no limits.

Competitive Christopher – While there is nothing wrong with a degree of friendly competition, in fact, it can be a little healthy. Nonetheless, you are the guy that makes competition a dastardly spree. You are always finding ways to compete with other men whether it is for the affections of another woman, the approval of other friends, job-related, etc… You are always comparing your accomplishments with others and are engaging in one-upmanship.

Promise Breaker Paul – You are the guy who wants others to be loyal, and reliable to you but you never reciprocate. You always find excuses when others ask for any form of assistance. You never offer any level of support. Sad to say, you are largely worthless.

Critical Carl – As you see it, others can never do anything right. People are damned if they do and damned if they don’t. You find fault with everything, from the clothes they wear, their height, their relationship status, the way they talk and so on. To add insult to injury, you often attack people under the guise of jokes but overtime such relationships become more daunting and others increasingly find themselves on the defensive against your attacks.

Misery Loving Micheal – You are living proof to the old adage “misery loves company.” You are the guy who loves seeing others, in particular, you supposed “buddies” go through hard times. Your relationships tend to be one-sided. You make piercing comments about others’ misfortunes under the guise of joking. Schadenfreude is your stock and trade

Malcontent Mitch – Also referred to as drama kings. You guys are quite numerous. Everyone is at fault but you. The world is always fu*ked up! You often create drama when there is none. Whenever other people try to make you see the truth, you accuse them of being the problem and turns against them accusing them of being the problem. You often try to provoke others into reacting negatively. There are others.

These are the type of men that are often annoying as Herod in Hades. They are often nerve-wracking, insensitive, irresponsible, arrogant, troublemakers, burdensome, nuisances and problematic on a number of levels. They are a toxic combination of crudeness, rudeness, indifference, and, particularly in the case of the gossipers, gross maliciousness. More often than not they are of no use to anyone — not even themselves.

The best thing to do is to AVOID THEM AT ALL COSTS! There may be times when you are unable to do so, that being said, in such circumstances, you should make every effort to minimize the time you are in their presence. Keep your encounters professional, brief, to the point and conclude business ASAP! There is nothing to be gained in dealing with or spending considerable time with such male misfits. While none of us are perfect, most of us do not fall suffer from such a high level of social dysfunction.

If you are a guy who falls into one of the aforementioned categories, you are indeed, mal-adjusted. YOU NEED TO DO SOME SERIOUS SOUL SEARCHING and make a valiant effort to redefine and readjust your personal value system as it relates to others. By doing so, you and others, both in your universe and around you, will benefit greatly. EVER HEARD OF THAT THING CALLED KARMA?! IT IS REAL! Remember that!

END_OF_DOCUMENT_TOKEN_TO_BE_REPLACED

Facebook45Tweet1Pin2EmailShares48
wpDiscuz
Share this ArticleLike this article? Email it to a friend!
Email sent!