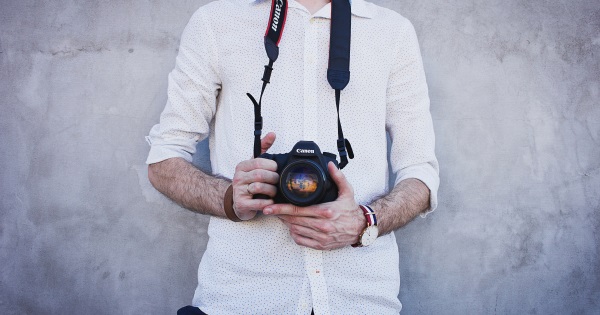 I am a white man.

This last four-word sentence has two meanings, and they’re both true.

My culture makes me, that is, my personality has been constructed within my experiences being raised as white and male.

More than any other characteristics, perceived race and perceived gender shape our own perceptions of the world.

When I turn on the TV, whiteness is the default: Program after program features white actors. Even many stories about black characters, like the recent film Green Book, are centered on the white experience. I have to make a concerted effort to see the world from any lens other than whiteness.

I recently finished reading “White Rage: The Unspoken Truth of Our Racial Divide” by Carol Anderson, who is a black woman. This is a history book, but it is history told from a much different perspective than I got in high school. It has an honesty that white voices usually lack.

I’m currently reading “I’m Still Here: Black Dignity in a World Made for Whiteness” by Austin Channing Brown. Earlier this year, I read Octavia Butler’s classic “Kindred” and Preston L. Allen’s “Every Boy Should Have a Man.” And while each of these black voices share a perspective different from my white experience, they are mere peeks into the black experience for me. I will always see the world primarily as a white person.

Meanwhile, as a boy, I was raised in a certain way. I was encouraged to play sports and discouraged from engaging in crafts and cooking. When a friend and I tried out for cheerleading in fifth grade, we were mocked by both the girls and the boys.

That I was good at math was a given. That I cried was a sign of weakness. That I was bookish and creative was suspicious: When I had the temerity to read “Strawberry Girl” and “Alice in Wonderland” in public, my sexuality was questioned.

I have spent periods of my life being crass, being rude, being downright abusive to women in order to get the approval of men, because I needed so desperately to be identified as a man. Because…

My culture makes me, that is, my culture forces me to identify as a white man.

More than any other characteristics, perceived race and perceived gender shape how we’re treated within our culture, and what benefits and challenges we have.

I am “white” because of my skin color, because of my complete fluency in US English, because of my heritage as a direct descendant of slave owners and Mayflower Puritans. I am not just white of skin, I am steeped in the culture of whiteness.

I am reasonably comfortable with being white. It is a fact of my existence that I see no benefit in denying. Whatever European heritage my forebears had has been washed clean from me, and I am left free of any culture but white.

I am a man because of my anatomy.

I could insist that the gender binary is largely a social construct, that the vast majority of differences between “men” and “women” are based on what we think ought to be there, and people would still look at me and see a man.

I could wear dresses and make-up and comport myself in what we have deemed “ladylike” ways, and I would still be largely seen as a man. Not a “real man” in the eyes of the transphobic masses, but a man nonetheless. Caitlyn Jenner lives her life fully as the woman that she is, and there are people who still insist that she’s a man.

Part of this is linguistic. We have dedicated so much of our language to having “him” and “her.” We don’t have a lot of cultural room for people who are either indifferent to gender or who want to do away with gender altogether. While the tyranny of the binary is eroding among Millennials, it is still a dominant force.

Part of this is cultural. We are deeply committed to this notion that there is an ideal masculinity, an ideal femininity, that even when we entertain people stepping outside of those compartments, most of us try to put them on a spectrum.

There are white liberals and moderates who, inspired by Martin Luther King’s words of a future where people are judged by character and not skin color, think that the future can be attained by fiat: By simply declaring the culture to be colorblind. “I don’t see color,” they say, “I only see people.”

There are reams of articles written on why this is the wrong attitude. Our racial and racist society shapes so much of our experiences that we cannot simply overcome that through simple denial. When we deny color, we deny the challenges related to color.

I teach high school. My black students are individuals, and have each had individual challenges, but they also have common challenges, and common successes, that my other students simply haven’t had.

At the same time, I don’t recall ever hearing anyone saying they don’t see gender; if it happens, it’s much rarer than people claiming to be color blind. Even people who are willing to look beyond anatomy for gender still largely persist in a notion that masculinity and femininity are immutable archetypes of some sort.

In this article, I am contrasting my whiteness with my maleness because, while they are both integral parts of my social identity, I see them differently. Coming to terms with one includes exploring coming to terms with the other.

I am coming from my enculturation as a man, and I realize that I will never completely shake free of the judgments of others on my maleness. For these reasons, my path is different from that of someone raised as a woman, or someone raised in another culture.

So I don’t know what this looks like for me in five years, or twenty. Or even next month.

Last month, I wrote about similar thoughts in a more general way, but since then have found myself wondering: Maybe it’s me. Perhaps our culture is so obsessed with gender because, for most people, there’s real meaning in it.

I do know I have an emerging confidence in what works for me, though. I am a man because my society has made me one, but I am a person because that is who I truly am. As far as how to get there… that’s a work in progress.
—

—
Photo by freestocks.org on Unsplash