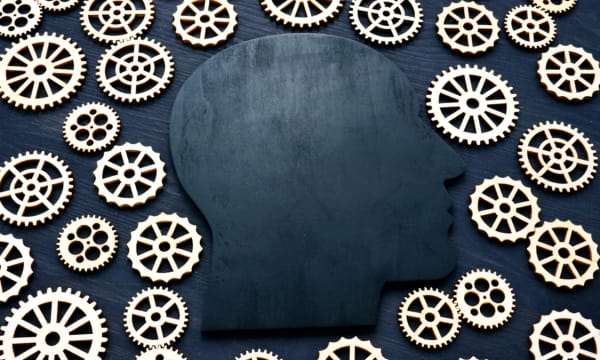 As I sat around the group of monks—some bearded and some bald—carousing in our monk lounge area the “Sun Palace,” I began to shuffle my cards and prepare the last question of the merry evening. I was anointed master of ceremonies for my guru’s 70th Jayanti (birthday) and had to coordinate the evening with speeches, gifts, storytelling, and questions. We always made sure to ask my guru the deepest questions after a glass of wine because he would go from reticent to loquacious in about two glasses.

“Seeing as how we are accomplished,” I started out, “prepared, well-developed, sharp and educated under a system of discipline and routine, how then are we to be better now and in the future?”

Everyone put down their glasses and leaned in closer to my guru so they could grab each and every syllable he spoke aloud and put them in their robes for safekeeping.

We are to never get angry, frustrated or disturbed with one another anymore. Cease to have disagreements, allow others to be right or wrong, and remember your training.

My guru did not speak much, but when he did everyone listened. That night, the monks were humbly reminded that even though we contain great power within us, and were powerful as an organization, we were still falling prey to our emotions during high-level projects and collaborations.

Humility Above All Else

I was recently reminded of another lesson I learned as a young monk: don’t be a pill. It’s one thing to go through reactions and emotions, but entirely another to involve someone else. If we are good at what we do, then it should stand on its own and not need a defense. All too often, however, a person with good intentions will strongly react to a situation because of a lack of skill and the inability to see or admit it.

Saving face is the death of humility, elegance, and maturity—and we’re all guilty of this when we get emotionally invested in something or someone. It’s easy to forget that humility is the greater power over respect, and is often needed before respect can be earned.

So, I remind even the accomplished ones—the mavericks, leaders of thought and action, the independent-minded: keep your emotions in check, never walk into anger or frustration without intelligence, and allow yourself to be wrong and others to be right.

Three Questions To Be Sure

In a situation where we might need to jump out of rank and defend our opinion but just aren’t sure, ask yourself these three questions:

If the situation in question doesn’t fall under one of these categories, then it’s best to presume that there’s no need to speak up. If there’s a strong yes to one of the questions, then, by all means, say something in an appropriate way to someone above you in rank, and try not to be too emotional or irrational while communicating the issue. Present the facts without overly blaming someone. Imagine how you’d like to be represented if someone else was in the same situation.

We use the three questions in order to avoid ego getting in the way of a project and causing manipulation to change the direction of a good plan. Often times, high-investment projects affect matters of rank, subordination, teamwork, opinions, and leadership—and everyone has an idea for the way a project or task should be carried out. The questions offer a solid point of reference for an ego-check, emotional reality check, and a way to take pause before reacting or overreacting.

Strong-minded individuals need to not only have intelligence, but also compassion. We may see another way to move forward or excel, and we might even be able to have a solution that the team needs—but it will fall on deaf ears and be ill-received if eloquence and grace are not combined with passion. Be patient knowing that everyone can have a good idea, and remember that the synergy of energy, spontaneity, creativity, and compassion combined with an entire team turns your network into an empire.

Don’t be afraid to explore your genius, and certainly don’t be hesitant to express that genius. Emotional maturity comes to an individual when an idea given can be renounced immediately when not accepted, and the embracement of the group’s direction becomes paramount to your own.

Rajan Shankara left the world at 19 years old to become a monk and study his mind, find out what meaning and purpose was and if meditation could take people to higher states of consciousness. Having lived as a monk for 12 years, he is now back out in society as a world-yogi to teach others how to control their mind, body, and emotions.

He wrote and managed 16 pages for the international religious magazine Hinduism Today for 4 years, and is currently a meditation guide, self-development mentor, online coach, fitness and health expert and business owner.
Connect with Rajan via his website, www.rajanshankara.com, on Facebook, and Twitter @Rajan_Shankara.