“Alone in the Wilderness,” the documentary about Alaskan naturalist Richard “Dick” Proenneke (pronounced prin-uh-key) is one of the most remarkable films ever made, in my estimation. 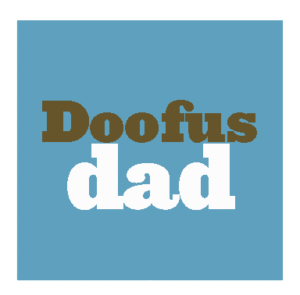 Yes, I know that’s an ambitious statement, but I stand by it. I can’t think of another movie or TV production that can exhilarate me, fascinate me, and make me feel like a sorry sack of poo all at the same time.

Have you seen this documentary? PBS often plays it during their fund-raising drives. I first saw it about six years ago.

Let me back up and give you a little context. When he retired at age 51 in 1968, Proenneke was a WWII vet, an expert outdoorsman, and a sought-after diesel mechanic in the more tamed areas of Alaska. That year, he decided to put his skills to the test by moving to a remote area of the state called Twin Lakes, building himself a log cabin, a living alone for a solid 12 months. Among his many talents, Proenneke was also a skilled photographer, and he recorded many of his activities that year using a film camera mounted on a tripod. These films, along with his extensive and eloquent journal writings, would later become the aforementioned documentary.

The movie is hypnotic. Most of the film has that soft, over-saturated, slightly sped up Super-8 look. It was shot without sound, but sound affects were very skillfully added, so much so that I believe they’re real when I know they’re not. One of Proenneke’s friends narrates it in the first-person. Again, I know it’s not Proenneke’s voice, but I believe it is anyway.

But the thing that has me glued to my seat every time I watch “Alone in the Wilderness” is the absurd, over-the-top competence of the man. He decides to build himself a cabin in the wilderness and, by God, that’s what he does.

But he does this not with a pickup truck full of power tools from The Home Depot. He uses hand tools, many of which he fashions himself. He’s limited only by his imagination. The door hinges, furniture, chimney and fireplace, moss roof, bowls, spoons, pots and pans… All of this, he makes himself!

I’m not talking about the completely off-kilter, ugly, unusable, out-of-balance, leaking, ineffective, kind of thing that I would make. (And that just describes the store-bought curtain rod I tried to hang this weekend.) I’m talking about a cabin that Honest Abe himself would’ve admired. I’m talking about wooden spoons that look like they just came out of an Ikea bag.

Proenneke never even appears the least bit winded in the film. As we watch, he notches out 12′ spruce logs and rolls them perfectly into place before squatting on a high slope to pick a bucket full of wild blueberries for his buttermilk pancakes. There’s no sweat pouring down his face. No wild cursing and throwing the hatchet into the weeds as he realizes he cut a log too short. No kneeling on bruised knees among an explosion of parts and pieces of some pressboard piece of junk from Target as he stares desperately at tiny, unintelligible English instructions written by some Korean guy sleeping peacefully on the other side of the planet. No further cursing when he gets to the end of the entertainment center only to realize he mounted the door upside down and now that little magnet thing won’t connect with the other magnet thing to make the door close.

As opposed to the author of this blog, Proenneke did none of that. What he did was to simply live out the fantasy of every modern man who wishes he could be That Guy, the one who could live off the land and build things without messing them up.

More rare than his physical skills were his emotionally ones, because his solitary year turned into 30. He lived alone, happily by all accounts, for three decades. Due to health problems, he left his by-then-famous cabin at age 81 — having lived all those years with only occasional visits from close friends — and moved to California until his death a few years later. Humans are, as we all know, social creatures, and most of us require the company of others. Proenneke, though, was perfectly content with the company of nature, his journals, and himself.

The question is, did he miss out on life? Did he die a lesser man because he didn’t choose to have electricity, indoor plumbing, an XBox 360, or an iPhone 5? Did he miss out because his trash wasn’t picked up every Thursday at his curb, or because he couldn’t run around the corner and grab a bag of Cool Ranch Doritos at Kroger?

I don’t think so. I think he lived his time on this Earth entirely on his own terms and in respect of Mother Nature and in fear of Almighty God. And while the lack of human companionship would be unthinkable to most of us, I don’t think he missed it at all.

And when I get to Heaven someday, I intend to sit down with Richard Proenekke on the front step of that cabin and have a good, long talk about it.

Here’s a nutshell of the documentary.

A version of this post was previously published on doofusdad.com and is republished here with permission from the author.