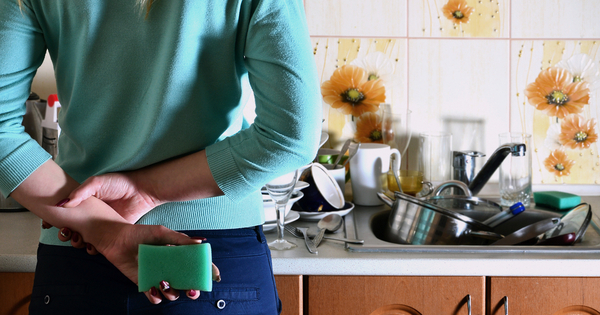 Beauty is in the eye of the beholder or so I’ve been told. What do you think? Yeah, total invention, the mirror doesn’t lie, but it also doesn’t reflect the state of one’s soul. This is your castle, where I like to believe beauty and age coincide, an impeccable reflection of your heart, or the way you move in the world. Keep it tidy.

Extraordinary times, call for extraordinary measures, but have we taken this whole COVID-19 thing too far? Or not far enough? What if we considered this reprieve from travel, buying, selling, producing as sacred time? Ritualizing our lives as a form of personal liturgy, our touch reserved for those we love? In the midst of all this loss is it possible to redirect our attention?

It is clear by now that humanity is connected in terrifying ways or this virus wouldn’t have spread so damn fast. But can’t this connection be breathtakingly beautiful? Just because we can’t reach out with our hands doesn’t mean we can’t reach out with our compassion and love? We can write, call, send, attend, because like it or not we are wed to each other, in sickness and in health, pandemically until death do us part.

I have to set up clandestine meeting with my friends via Zoom, thank God for the private chat option, and no time restraints, or limits on the number of participants. Everyone makes a show of popping a bottle, then we TikTok our toasts, and Insta our Zoom screens. It’s a little weird but a worthy sacrifice if we are to maintain our “happy hour,” but also our connection, our sanity panacea.

I saw someone taking a picture of the pillow on my porch rocker that says Gather, I thought I’d end up on some Instagram story as a descender for sheltering in place, but maybe it was simply nostalgia for earlier times when Gathering was the norm?

Do you feel like you’ve woken up in an alternative universe? This doing nothing thing is exhausting, maybe I am still sleeping, or worse stuck in a nightmare when I think I’m awake? A rabbi wrote, “the acute feeling of being in the first chapter of a dystopian novel.” A rabbi no less, hello, a little close to home.

There is no traffic, no planes, no sports, just people walking aimlessly through the neighborhood, shouting salutations to one another from across the street. The birds even seem confused. “And the people stayed home. And they read books, and listened, and rested, and exercised, and made art, and played games, and learned new ways of being, and were still. And they listened more deeply. Some meditated, some prayed, some danced. Some met their shadows. And the people began to think differently,” notes Kitty O’Meara.

Does it seem strange that we’re only allowed to buy in ones, as in one box of kleenex, one package of toilet paper, one meat product, one bottle of Advil. There was a line at Trader Joe’s that went all the way around the building because everyone had to maintain the six feet rule and they were only letting a set number of people in at a time.

Let me update you on the roommate situation, trigger warning, this involves detailed information about fear of missing out (FOMO), “a pervasive apprehension that others might be having rewarding experiences from which one is absent”.

This social anxiety is characterized by a desire to stay continually connected with what others are doing, the struggle is real, and yes, we’ll all need therapy when this blasted pandemic is over.

I asked my husband, “are you trying to drive your poor wife smack out of her mind?” Of course he is, but you think he’ll ever admit it? For example, early one morning, like 5 am, I hear the door cam going off repeatedly, after the fifth alert I climb out of bed to investigate. Clearly someone’s trying to break in, or out, either way it’s annoying.

I peek out the kitchen window, and I kid you not, my husband is running a solo boot camp in the driveway (FOMO much?). He’s doing burpees, every time he bounces up it sets off the alarm, my words may have been more alarming as I stormed the front porch to express my displeasure. I saw a few porch lights flicker on and off, like my Dad used to do when Larry brought me home from a date, and was going in for the kiss. I think they were suggesting we take our “canoodle” elsewhere?

So he moved his little boot camp into the garage, where he slipped while attempting a jumping jack on the slick floor. Are you thinking what I’m thinking? The universe has spoken. Let’s move on.

Polonius says this, above all to thine own self be true, and it must follow, as the night the day, thous canst not then be false to any man (inclusively). It doesn’t matter what someone else does, that’s on them, when your actions go against standards you’ve set for yourself, this is self-inflicted harm.

Have you ever failed yourself?

Me either, now isn’t the time for full disclosure, we’re sheltering in place, and that’s about all I can manage.

Now, I don’t mean to be a tattle-tale but “some people” I’ve been forced to shelter in place with are definitely ignoring their internal wisdom. For example, why am I the only occupant able to do the dishes? I’m trying to protect a manicure and no one gives a shit (that’s probably a bad word choice in today’s world). “Some people” slap on these enormous headsets and start acting like they’re conferencing? It’s ridiculous.

What’s really happening is they’re talking with each other, and they think I haven’t a clue, throwing around industry jargon as if they’re wildly important, and can’t be bothered with mundane things like the DISHES!

Here’s a snippet, “We’re in the middle of a big deal flow here, yes, yes that’s true, there are no bluebirds, I repeat no bluebirds, it’s totally bent out there, buying signals have gone silent, there are too many gatekeepers to get around (are they talking about me?), I’m mirroring the rabbits because upselling has it limits, or a favorite…I’m zeroed out.” Well so am I.

Establishing our little niches is a real thing. I have the kitchen table (so I can easily do the dishes while zooming with my students and creating superb lesson plans after emptying the dishwasher). No, no that was not resentment you detected, it was colossal irritation, words matter. My daughter took over the dining room (she likes to be served), and my husband stays sequestered in his large spacious office with a television. No judgment, just honest observations, the inequity is real.

My older daughter dropped off the kids the other day, she didn’t even come in, she sort of dragged them out of the minivan and peeled out of the driveway like a bat out of hell, something about a conference call. Yeah, we know that trick. There they were, three little people mulling around the driveway, looking utterly forlorn. Against my better judgment, I let them in before they got ticketed for standing less than six feet apart. In their defense, they’re just learning to count.

It’s strange how three unsupervised minors can destroy an entire house in under an hour? I found my favorite lipstick on the floor of the playroom, three bright red lips smiling at me, while I hopelessly try to squish the broken lipstick back together. When I said, “Grammie’s mad, that’s not nice, I hardly have any lips left,” they giggled at me and ran around kissing all the surfaces they could reach? Looney thought it was adorable, wait till I hand him a rag and disinfectant, he has no idea the viscosity of Maybelline SuperStay lip color.

I finally corral them all out back, it’s a little after 3 pm, pull a chair up to the sun, and sat there moaning like a beached whale, it was heaven, as vitamin D slowly fills my veins, I felt happy for the first time in days.

When I was a young mother with lots of short people under my care I had a white flag that I hosted out front when things got desperate. The minivans would show up in the driveway, I’d open some chardonnay, and my girlfriends would hang out for an hour or so, I called them my women warriors. You know who you are, and thank you for saving my life, now if only I can survive the COVID-19?

I put the flag out today. Nothing? Not even a sports car. I don’t think my daughter is ever coming back?

We decided to regift Julie and Nic with their own kids, invited ourselves over for smoked ribs, and let the littles destroy their house for a while. We got on the portal and had wine with Tim (sequestered in Boston), and my sister Nancy (a few blocks away but sheltering in place). The kids played with playdough as we discussed the current state of affairs. That seemed a little bleak so we moved on to the availability of prepper supplies if it’s safe to play Mexican train, and the possibility of caravanning up to the lake next week.

We returned home under the cover of darkness, slipped into the house through the garage, when did dinner at my daughter’s become so clandestine? We watched When Harry Met Sally before going to bed, best line ever, “I’ll have what she’s having.”

I woke this morning to the smell of fresh biscuits. I followed my nose to the kitchen and thought I was stuck in a Groundhog moment? It’s as if I never cleaned the kitchen last night? How does my daughter manage to use every utensil in the kitchen when baking? It’s an art. Regardless the biscuits were delicious but kitchen is again in need of repair, I can almost hear the conferences starting up, and it’s Saturday!

Keeping the castle tidy, if you’re looking for new hobbies, maybe start with the dishes. 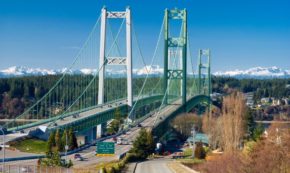