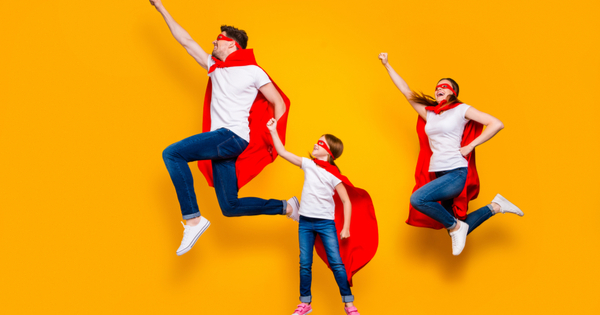 OK, today I’m going to play therapist, although my psychiatry training was limited to the 8 am “Psych 1” class I took during my freshman year of college in 1984, and even then, the majority of my attention was directed towards the rangy brunette who sat one seat over from me and whom I never conjured the courage to talk to, much to my dismay. I do recall some mention of Freud, but that’s about it. So everything henceforth is only my doofus opinion and must be taken as such.

So, living long enough to have college-aged (and above) children is interesting, to say the least. There are all the normal, mundane parts of life: jobs, vacations, school functions, athletic triumphs, deaths and tragedies, holidays, world events, and so on. If you’re old enough to have 20-year-old kids, you’ve seen a lot of life. But how about the intangibles? You know, those internal things that keep tapping your shoulder and reminding you that your existence is passing you by at breakneck speed.

For example, as you move through life, your view of yourself — or self-image — changes. You see yourself a certain way in middle school, high school, college, and into your 20s. When I was in high school, for instance, I saw myself as a skinny class clown who played basketball and the guitar fairly well, and because I created this persona for myself, that’s how I acted. I was usually “friend-zoned” by the hot babes in my class, liked by my teachers (not because I was a great student, but because I was funny and polite), and generally tolerated by the more outgoing sect of the school’s population.

In college, though, my view of myself changed dramatically, mainly because I began playing music publicly. Over a couple of years, I began adopting the image of an already established stereotype: the brooding, introspective, long-haired, singer-songwriting, lady’s man. That’s how I acted and that’s generally how the world responded to me.

All of this, of course, is total bunk.

Stereotypes are not three-dimensional people. The real, authentic us is usually the person our family knows, not who we project to the outside world, and it often requires 20 or 30 years of being assaulted by life before the real us reveals itself, even to ourselves.

I spent all of my 20s perfecting the long-haired, super-cool musician persona, but since having children in my mid-30s, that self-image has been steadily eroded and reshaped into something much closer to reality: a balding, white-bearded, sometimes-silly, often-grumpy, constantly-worried-about-money dad. It doesn’t matter how hard I try to cling to the earlier image.

Kids, you see, are impervious to any cool former self you can conjure up even if you have photographic evidence. Your children could give a rat’s butt, and to them, your photo evidence is about as conclusive as a blurry Bigfoot photo. Your kids only see you as the person who feeds and clothes them, makes them go to school, embarrasses them in front of their friends, counsels them with absurd, out-of-date advice, and is completely and entirely ignorant of anything currently cool and cutting edge.

Case in point: My 18-year-old daughter texted me from college yesterday and asked me to send her a high-school picture of myself. She explained that she wanted to prove to her roommate that as a young man, I looked exactly like Woody from the “Toy Story” movies. Not George Clooney. Not Johnny Depp. Not a young, smoldering James Taylor.

Woody. From the “Toy Story” movies.

And just like that, another sliver of the cool persona is chipped away, never to return.

(For the record, I have nothing against Woody personally. He is a perfectly pleasant-looking toy cowboy, and she could’ve said I looked like Mr. Potato Head.)

As the 1980s tennis champ Andre Agassi once famously said, image is everything, and in many ways, this is absolutely true. In my case, the self-image that I liked most has been relegated to old, plastic-page photo albums, as ancient as the Roman Coliseum and as irrelevant as a car CD player.

So what’s to be done about this? Do we simply settle into our current roles as worried, out-of-touch parents and grandparents and spend our remaining years playing with grandchildren and pining for the past?

Well … not me. I do, of course, look forward to playing with future grandchildren, but I intend to make more of my remaining time which, Good Lord willing, might stretch over another 30 or 40 years. But how this manifests itself will hinge on which self-image I choose for myself. Remember, it’s really all choice. I can no longer choose the lady-killing 20-something-year-old musician or identify as an NBA basketball player or an astronaut, but I still have a variety of choices.

For example, I could go with a sport coat-with-patches-on-the-elbows-wearing, pipe-smoking novelist who lives on the Upper East Side in a brownstone full of books and leather chairs. Or how about the good-natured retiree who cashes in his 401-K, sells his house, buys a Winnebago with a tow-behind Isuzu Trooper, and travels the country, one KOA campground to the next? Or, perhaps, a left-wing activist who grows his remaining hair into a stringy gray ponytail, wears Grateful Dead t-shirts, smokes weed and drinks kombucha tea, and drives his sticker-covered Subaru from one angry demonstration to the next?

Nah. I don’t think I’m a good fit for any of those, although I don’t judge if they sound appealing to you. I’m still trying to work out what my old-man image will be, but whatever it is, I’m determined to make it interesting, fun, and fulfilling.

I’ll leave you today with this. Just because you have created one or more children doesn’t automatically mean that your best years are in the past and that you must now adopt the stereotype of a worried, grumpy, overworked parent whose remaining years must be lived vicariously through his or her offspring. Sure, your self-image will undoubtedly shift, but you can choose what it shifts to. Be a great parent and a great role-model! Show your kids that being cool and doing cool things is not the exclusive domain of youth! Coolness is where you find it.

OK, pep talk over. Pop a couple of those “Balance of Nature” vitamins, strap on that knee brace, and get out there!

This post was previously Published on Doofus Dad and is republished on Medium.