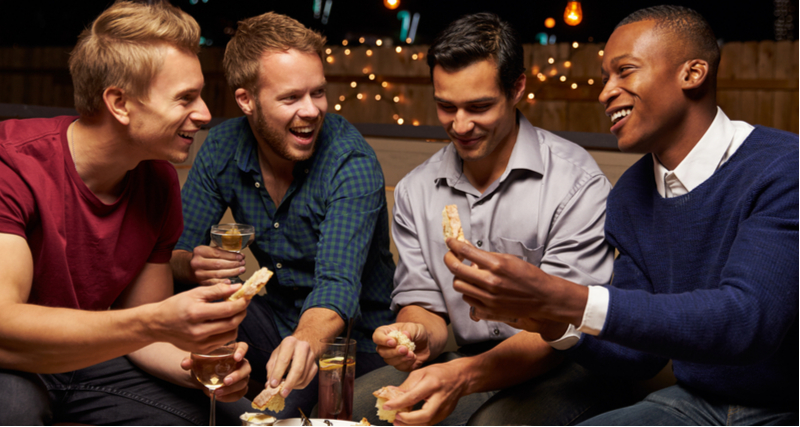 When I met my brother in law for the first time, we shook hands firmly as we exchanged affirmative expressions, eye-to-eye study, and a murmured “good to meet you.” He’s a military man from the United States and I’m a writer from Canada. I didn’t meet him when he married my sister because I had only discovered that my sister existed months before, which I feel I should explain.

After shipping a swab of spit to ancestry.com, I was notified that my DNA suggested I had first and second cousins who had also sent in their spit. A woman reached out to me through the site’s messaging service, explaining that she was searching for her birth father. I decided to help. The clues she provided me led us to believe and later confirmed that she was my older sister. We decided to meet in person in Portland, OR, and I later published an article about it. I brought my wife and daughter and she brought her husband, Mario. 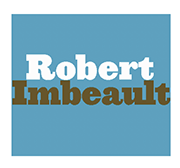 Not long after our requisite vetting dance, Mario and I hit it off. We bonded over our love for boxing, Star Wars, and our appreciation for blunt honesty. Once these building blocks were laid, we leveraged a very well-known form of communication for nervous men; comedy. As we traded jokes and one-liners, we became fast friends and gladly accepted that we were family.

In response to our antics, our wives laughed while shaking their heads, calling it a “bromance.” My immediate reaction to the word was a cautious joy. Getting to know another man whose company I enjoy for no other reason than to be in it is something worth celebrating– but it’s bittersweet. The very fact that two men getting along well is considered a phenomenon illustrates an unspoken discomfort our society has with it. This discomfort is written off in jest by both sexes. Our wives jokingly rolled their eyes while Mario and I laughed at a safe physical distance.

During adolescence, boys begin to distance themselves from each other and there’s no better example of this than in the men’s washroom. There exists an unspoken understanding guiding our behavior around urinals.

If I walk into an empty washroom with urinals, I will pick one at the end, especially if there are only three. If I were to choose a middle urinal, it forces or increases the probability of the next man to use a urinal next to me. If I’m at one of the ends and the next urinator chooses the urinal next to me, he is offside and subject to ridicule. If the only open urinal’s neighbors are in use and toilet stalls are available, the stalls win.

If no stall is available and there is only one empty urinal, some may wait, others may go ahead and use it. In this case, men standing beside each other must follow a precise etiquette. Our eyes must face forward for the duration of urination delivery. There is no reason to look down, and phone usage is strictly prohibited. An added incentive to follow these rules can be seen in countless men’s washrooms, with displays featuring newspaper sports articles thumbtacked to cork boards, advertisements, even televisions hung directly above the urinal. Our society has gone to great lengths to keep men physically apart, especially if our penises are no longer concealed.

Many men interact out of purpose and are rarely together just to be with each other. My interactions as an adolescent with other boys involved playing or watching sports. Despite being terrible at them, I played on school teams and if I couldn’t do that, I played pick-up or attended events organized around watching some sort of competition. In my twenties, I was drawn to boxing. Once again, even though I wasn’t great at it, many of my closest relationships with men were forged in punching each other in the face and blossomed through watching others doing the same.

A social accelerant in our effort to narrow the gap between men was alcohol. A natural progression of friendship, in my experience, developed in bars where, as we imbibed booze, we also ate junk food, watched sports, or angled for women. Some guys were there for sports, others for the women, but most of us were there because we needed a connection with our male friends. I cannot count the number of times a friend brought me in close with a slurring pronouncement of “I love you, man.” Of course, this was never discussed the next day, and the memory, alongside the sentiment, quickly dissolved into the ether.

Another arena where I’ve gotten to know other men was at work. We are physically forced to be in the same space and as long as we respect the Law of Urinal we can socialize in meetings and during breaks and lunches. We nod our respective hellos as we pass each other in hallways, but if we’re to spend more time together, we’re armed with the appropriate “How are things?” and “What are your plans for the weekend?” tropes. We feign interest until we discover a shared interest and, dare I say, a connection.

If there is a connection, once again, we know what comes next. We can go out for drinks after work, we can watch sports together (with drinks), or, if we’re brave, we have dinner together, but usually with our spouses or as part of a group. On occasion, I’ve gone to the movies with another man, but the movie has always shown gratuitous violence or been a comedy my wife wouldn’t appreciate. It also doesn’t help that a movie isn’t an outing that forms bonds.

After some time has passed, in some cases after a decade, and the barriers are broken and we are comfortable, we are able to be vulnerable with each other. Those precious moments often only last an instant, sometimes to be withdrawn with silence and other times with levity. Even among friends who I believed I was close enough to share something personal, I was met with discomfort and awkwardness. As I struggled with discovering a repressed memory of childhood trauma, I shared it with a friend whose response was, “Wow, shitty.” We never spoke of it again.

My friend’s inability to respond was not out of indifference. It was a lack of language, an ignorance of how to respond. I know that, if he had known how, he would have helped me more. But we are taught, either explicitly by our fathers or in television, movies, and advertising, that a man has to be strong and that we must figure things out on our own. Strength means that we cannot reveal our weaknesses, our vulnerability, our sadness. We wear our scars as badges of honor. We say, “look at the punishment I can take and survive.” It’s no wonder Rocky was so popular.

My struggle led to a four-year suicidal dance with drugs and alcohol, about which I wrote a book. Once the book was published, my male friends rallied. The vulnerability I revealed gave others permission to be open with me, which convinced me of two things: first, that we are looking for permission to be vulnerable, and second, that all we need to do is be the first to open up. Some men who I would describe to be the most masculine were “strong” enough to be themselves with me. Strangers have reached out through my website and I was able to provide a safe space for them to share. I am no longer afraid to be who I need to be with other men.

To touch on the science, the longest-running research on happiness from Harvard demonstrates longevity can be better predicted by the quality of one’s friendships than by one’s cholesterol levels. This point is further supported by meta-analyses of 49,000 participants that “conclude that friendships and social connectedness are the highest predictors of life expectancy, above all other behaviors like smoking, heavy drinking, and being overweight.”

In her book For the Love of Men: A New Vision for Modern Masculinity, Liz Plank eloquently summarizes the emerging data;

[S]eeing your friends might be more important than taking your vitamins.

Men need intimacy with other men. We need each other to navigate what only another man can understand through experience. Paradoxically, we need help from men in a society that forbids us from asking for help from other men. To be clear, masculinity is not a directive on how to be a man. Masculinity is how we define how men are behaving. Somewhere along the line, we assembled an assortment of descriptions of how men were behaving and created an unachievable template. When we own our true nature through strength and vulnerability, we are defining what masculinity is. It is up to us to define what it will become. If we can provide a safe space to other men in our lives and listen without judgment, safe spaces will open for us. This won’t be true for every man, but we are out there, even if some of us don’t realize or acknowledge it.

Jim Rohn once said that “you are the average of the five people you spend the most time with.” You can choose who those people are. Pick your team well and remember that friendship is not something you have, it’s something you do. 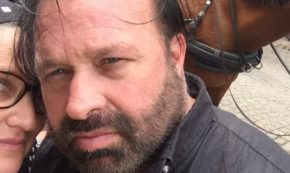