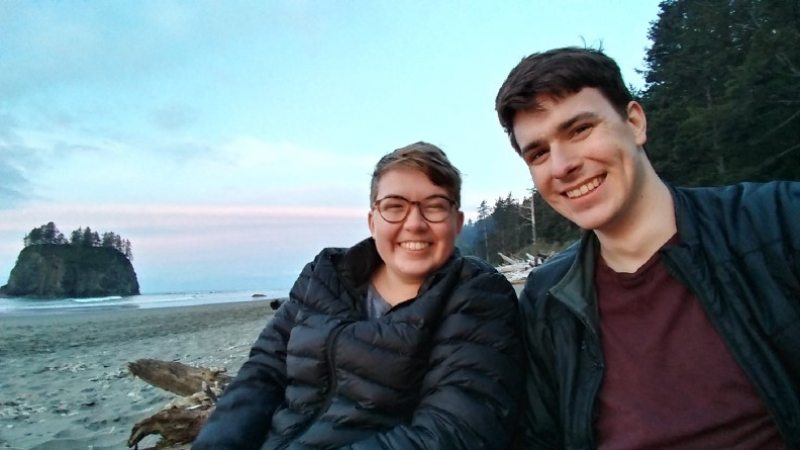 First of all, I want to start by apologizing to all of my exes.

If any of you are reading this, I promise I didn’t find you ugly. And, to be absolutely fair, I’m pretty ugly too. A standard 5/10. It’s a solidarity thing. We found one another beautiful at the time, and isn’t that enough?

But there is a distinction between the beauty found in the eye of the beholder, and someone who is conventionally attractive.

My current boyfriend, whom I have been with for almost four years, is conventionally attractive.

That sounds like a brag. Let’s be real, it’s a brag. I’m bragging.

Recently I told my good friend that one of the reasons I want to have kids is because, “I don’t want to waste his genetics.”

My friend, who is happily married, slowly nodded over her cocktail. She replied simply: “Yeah. Yeah.”

He’s so in line with the convention of what a good looking man looks like, that my friends didn’t think I would be attracted to him. He was too mainstream, or something. Maybe they thought I only liked indie, underground style good looks. With his big blue eyes, long lashes, and full lips, perhaps they thought he was a little too Britney Spears for my punk rock sensibilities.

When I first developed feelings for him, I played a little game with my friends. I selected a photo from his facebook where he stood in a group, told my pals about this new guy who I was pretty sure was into me, and then told them to guess which person in the picture it was.

The group was composed of three men. One of them has been affectionately described as looking like a pangolin. The other was short, with sloppily dyed hair and a face caught in a permanent pretentious scowl. The third was my soon-to-be boyfriend, standing at 6’3” with dimpled cheeks, a serious jawline, good cheekbones, and apparently the only one in the group who knew how to smile for a picture.

My friends universally selected Mr. Pangolin as the type of guy I’d be interested in.

I probably stacked the odds against me by telling my friends that, specifically, the guy I wanted them to select was already flirting with me. I definitely seem more in line with Mr. Pangolin’s probable tastes than someone who looks like a DC comics artist designed him.

You’d think that dating someone leagues hotter than you would feel like winning the lottery.

You’d be right! At first.

Parading around someone who could model, if he were a little less insecure, when you yourself look a bit like Mrs. Potatohead is a massive flex.

Making a beautiful woman jealous of a Mrs. Potatohead’s life is like heroin. I recommend it.

The concept of ‘leagues’ can be a little controversial.

I think we all want to believe that people are better than that, and that any person of any appearance is just as good as any hottie. That said, research suggests that whether or not dating is a merit-based activity, psychologically we tend to do better in relationships with those in a similar realm of physical attractiveness.

Our egos tell us that having a hot partner makes me desirable by proxy. The three-headed dog tearing us apart like a juicy steak, however, can tell us that by standing next to someone hot we look that much uglier.

In relationships with someone who is in your class, socially, financially, or just aesthetically, there is a lot less pressure to perform. As equals, to your own eyes and the eyes of everyone around you, you don’t have to be on your A-Game at all times. You can just relax! It’s easy.

But is easy always better?

I think most women who’ve spent any time around men understand that men lie. Or, let’s be charitable, we know that they exaggerate. Don’t we all, one some level, when talking to someone we’re interested in?

In early conversations with my boyfriend, before we got together, he told me a lot of things that made me laugh in his face and accuse him of being a liar. It turns out he was not, and he really had French citizenship and that his parents were attending a White House dinner that week. I think you’ll forgive me for accusing him of lying.

Maybe it would be easier if he weren’t also from a wealthy family, with a high paying tech job, whose mother looks like Jackie Kennedy. My parents, for reference, both dropped out of high school.

When I attend family gatherings, it’s obvious that I don’t belong. I’m fat, I made up for a rough childhood by being loud and funny, and my taste in wine runs toward the candy-flavored. Interacting with his thin, tall, successful, interesting sisters who work for nonprofits or the DNC made me feel like a squat, ugly troll.

My previous partners did little to challenge me. I didn’t wonder what people thought of us when we went out in public. There was no competitiveness. No desperation to prove myself. There was also no excitement.

Constantly battling with my boyfriend’s family, his friends, for their respect has changed me as a person. I spent years grappling verbally with them, desperately trying to prove to them that I was worthwhile. I started drinking wine, learning about it, forming opinions on it. I stopped dying my hair fun colors.

I’m sure you can guess where this is going.

Nobody has treated me differently since dating a solid Ten. His parents continue to not respect me. But do you want to know what I learned?

Validation comes from you.

The facts are as follows: I’m a Five, dating a Ten. That Ten is super into me, happy to defend me against the disrespect of the people around me. He’s proud to hold my hand in public, and that has nothing to do with my “league.” He likes me for who I am.

I should like me for who I am, too.

Your worth does not come from your looks, or your family, or how much money you make. Conforming to another person’s silly standards in a desperate bid for validation of your worth is never going to feel as good as looking inside and discovering what you like about yourself.

All the people who already like you can see it!

But that validation has to come from you. That’s the way to make it real.

Goofball, anti-fascist, stay at home jester. I use they/them pronouns and know useless information about everything. 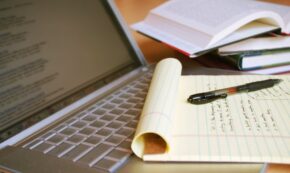