Get Daily Email
Join/Login CLOSE
Home / Featured Content / Just a Little Unwell? On the Good and Bad Parts of a Manic Episode

But stay awhile and maybe then you’ll see

A different side of me

Matchbox 20’s early 2000s hit song, “Unwell,” never struck much of a metaphorical chord with me until I struggled with severe mental illness for the first time in many years . . . and I wasn’t hearing the song every hour on the radio. 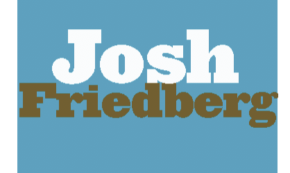 Rob Thomas’s compelling lyrics and singing really started to strike a nerve in me when I started to pay attention to other Matchbox 20 songs. So, when I looked up “Unwell” a couple of years ago, I was simultaneously floored by its quality and unsurprised that I had overlooked it as a snobbish teenager. (Something about a lack of ubiquity makes music more appealing to snobs as we mature into . . . lesser snobs.)

Most might remember “Unwell” for its catchy, hypnotic banjo riff, but today I embrace that song as a genuinely great song about mental illness.

Rob Thomas’s lyrics, whether or not they were intended as about the topic, feel anthemic and rich with both specificity and broad appeal. I’ve silently talked to myself, mouthing conversations in my head in public, dodging glances on the train, as the song says.

And in the last year, I’ve come to terms with the fact that I have Bipolar Disorder, though it’s never been officially diagnosed. My doctor did say that I had a severe manic episode starting in February 2014, when I was forced to get on a new medication because new insurance made an older med far too expensive.

During that episode, which lasted fifteen months, my hyperactivity scared the hell out of people—and I already have ADHD, so this was a whole new level of hyper, sometimes involving swearing at others. I lost thirty-five pounds without trying; I’ve never been so grateful to gain weight as I was after the mania was done.

I was talking with pressured speech, which meant that I would speak my sentences really fast and they would go on and on, and on, and on. This also went for e-mails and text messages.

I struggled with hygiene like I hadn’t in a very long time, sometimes showering once a week and rarely brushing my teeth.

I couldn’t sleep more than 4 hours a night because my mind and my body wouldn’t shut the hell down.

And my heart rate would spike on even one cup of decaf coffee, so I had to quit consuming coffee and caffeinated tea for at least a little while, though I’ve gratefully been off of both for over five years now. Getting off of it was one thing; staying off of it after the mania ended was the real miracle, as coffee had led to innumerable problems in the preceding decade.

In the aftermath of those fifteen months, when I was able to get back on the old medication that was successful, I’ve worked really hard to do things differently—and in the last year, I’ve worked hard to accept myself and how I alienated people during my mania. I couldn’t do anything about it, but that doesn’t mean it doesn’t hurt to remember how I alienated others.

That said, there were some good things that came out of that manic episode. For one, I found my community in Chicago after years of trying without success. I also found a graduate school that saw potential in me after I struggled with getting good grades in college. Finding that school led to Graduate Assistantships, awards, an international English honor society, and, more recently, teaching.

And then there were more personal milestones. I had the first day of being genuinely happy in my hometown when I was invited there for a concert—the first social event that I’d ever been to in that town, and I was 25 and hadn’t lived there for years—by a college friend. That was truly one of the best, most healing days of my life. I also sent a cousin of mine a message thanking him for saying something hurtful in 2005 because it led to me coming out at college.

So, the mania may or may not have led to that moment of clarity, but whatever caused it, my feeling that way was unprecedented. Clearly there were some good things that came out of my fifteen months of mania.

That said, I wouldn’t want to go through it again. I loved not experiencing depression, which is the other side of Bipolar Disorder, but I didn’t love alienating people the way I did. People in my life had never seen me act like that. Those lines from “Unwell,” “I’m not crazy, I’m just a little impaired/ I know right now you don’t care/ But soon enough, you’re gonna think of me/ And how I used to be,” resonate with me thinking about how I acted then.

https://www.youtube.com/watch?v=KRmK_UlOisA (live performance of “Unwell” from 2002)

FacebookTweetPinEmailShares183
We use cookies on our website to give you the most relevant experience by remembering your preferences and repeat visits. By clicking “Accept”, you consent to the use of ALL the cookies.
Do not sell my personal information.
Cookie SettingsAccept
Manage consent