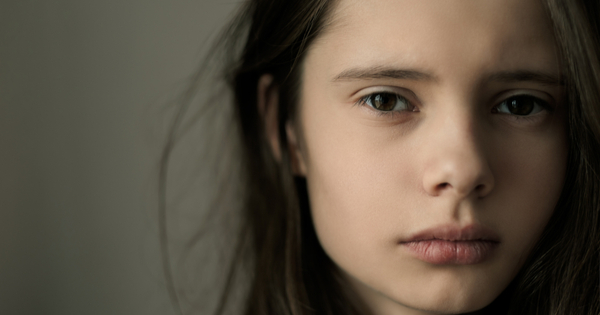 Jeffrey Epstein is dead.  We, as a society, have relitigated his first trial, resulting in the resignation of Labor Secretary Acosta. We have demanded inquiries; jail employees have been fired.  Blame has been assigned.  What we must focus on now is that, for his many victims, justice has been denied.  What are his victims, these women who desperately wanted and deserved to tell their stories in court, feeling at this moment?

I do not personally know these women. I cannot say definitively how they are feeling. However, from my own experience, having been sexually abused and tortured throughout my childhood and adolescence and having been denied any resolution, I can say that their feelings are myriad and complex.  Physical pain, emotional turmoil, and betrayal create a potent stew.

Foremost is rage, bottomless rage at the system that allowed Epstein to escape with no punishment while his victims are left with wounds so deep they may never completely heal. Epstein suffered no consequences; these young women continue to suffer the consequences of his perversion.

The young women feel rage toward Epstein himself. He was a sociopath who preyed on them in the most vulnerable time in their lives—when they were making the transition from child to woman. Epstein exploited that vulnerability. He saw them as disposable beings without worth.  Rage, those four little letters, cannot begin to convey the screaming, the urge to kill, to need to destroy that lives inside them.

Perhaps they also feel rage, as I did, against the woman who facilitated the abuse, who knew that girls were being harmed and yet chose to not just look the other way, but to help the abuser. These young girls still needed a mother figure.  Instead, they were abused by another kind of perpetrator.

I suspect that these young women are also angry at themselves for being gullible, for trusting a man who didn’t deserve their trust. Now they have no one on whom to unleash their anger.  Turning it inward leads to a lack of self-worth, of feeling that they don’t matter. Epstein engendered those feelings. Depression often follows.

Epstein’s victims likely feel grief for their lost years, for their lost innocence. They grieve that their sexual coming of age was brutal and unnatural. Instead of receiving love and tenderness in their first sexual experiences, they were “sold” to the highest bidder. They weren’t cherished.

I grieve for them, and for myself, knowing how hard it will be to create a healthy sexual life after their abuse has ended, even if they are lucky enough to find a loving relationship. There are no do-overs; the scarring will stay with them always. The women also grieve for the loss of what could have been. How different their teen years would have been if they hadn’t been abused!

Oddly, sadness can also arise when the abuser is dead and the possibility of confronting him is gone. When my abusers, my father and grandfather, died, I felt a queasy mix of love and hatred that manifested as sadness. Epstein must have made these young girls feel he cared, that he would take care of them and would offer them a chance to be special. At the beginning of their relationship, I expect they felt gratitude and excitement, possibly a sense of love. Those feelings were shattered, leaving a pervasive sadness.

Less talked about, but equally present for victims is a sense of relief when the abuser dies. Traditionally, we speak of our loss, of our love for the deceased.  Although I suspect many loved ones feel relief at the end of a long ordeal, it is unseemly to voice it.  When Jeffrey Epstein died, his victims could begin to release the ever-present fear that existed as long as he was alive. This will not be a quick response, but one that will take many years and much help from therapists. But they can stop looking over their shoulders, wondering if and when the evil will reappear. Epstein can no longer hurt them. There is huge relief in that knowledge.

Although these young women are now out of the spotlight, and the focus of the country will move on, they are just beginning the hard work of healing.  They can’t just move on.  Now they must dig deeply into the degradation and abuse done to them.  They must examine their feelings of shame and blame. Anger will appear and reappear, so will grief.   Huge loss will be a constant companion.

I hope these young women can forgive themselves. Victims often feel responsible for what their perpetrator did. There are many ways to be brainwashed—being told they liked what was happening, being told that it was their fault that they were was being abused, or being told the abuse was a part of love. I hope these victims can learn that they are not responsible for Epstein’s actions. They were underage; they were vulnerable; they could not give consent.

I hope, eventually, these young women will be able to relegate their past to the past. When they see that what happened to them is truly over, they will be able to slowly release the fear and anguish they now carry. Perhaps they will find a measure of forgiveness—being able to see the wounded adult behind the monster, the harmed child behind the cruel adult.

This forgiveness is for themselves, not for the abuser. In this compassionate view, there is no excusing or minimizing what happened, but there is a way to move beyond the harm done.  This kind of forgiveness is not quickly or easily given, but doing so creates a way forward into a new present, where their pain and suffering no longer exist.

Most of all, I wish for these young women that they live a life of beauty and joy in the face of the great harm they experienced. Reclaiming the beauty of their lives, experiencing joy, is the best revenge. Epstein wanted to use them, crush them, and destroy them all for the sake of his perversion. Moving beyond the place where pain and suffering are their only options, moving into the beauty and joy of life with friends and loved ones, moving into a life of gratitude will help them take back their stolen lives. They will no longer be victims; they will be survivors.

Epstein could have destroyed them; he didn’t succeed. That is the greatest joy of all.

Laurie Tucker is the author of What Odd Things I Thank You For: Discovering Grace in a Shattered Life, her story of healing from and living with the aftereffects of long term childhood sexual abuse. Laurie has also created a video series on living your best life after abuse. It can be found on her website: laurietucker.net or on You Tube at Laurie Tucker-Author. Laurie is a graduate of the University of North Carolina at Greensboro.

Facebook102Tweet5PinEmailShares107
wpDiscuz
Share this ArticleLike this article? Email it to a friend!
Email sent!