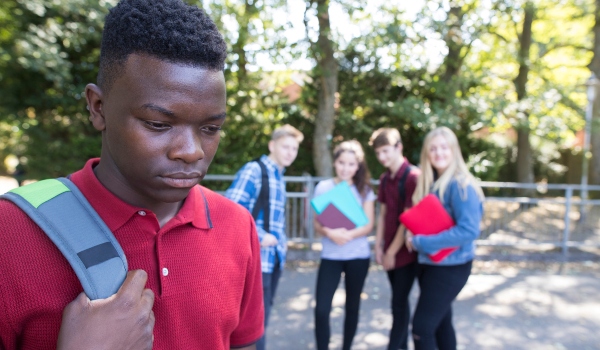 Jenny Munro, The University of Queensland

Racism is ubiquitous in Indonesia, but it’s rarely discussed.

The country is seeing one of the biggest uprisings so far in its easternmost region Papua, sparked by racist treatments towards Papuan students in Java by security personnel and nationalist groups. The racism experienced by many Papuans in Indonesia is deeply rooted in culture and history. It can be violent or subtle.

I am a cultural anthropologist and have researched West Papua. Thirteen years ago, I was staying at a Papuan students’ dorm in North Sulawesi when I heard footsteps, voices, and bashing on the door just after midnight.

There were men from the government, part of the local neighbourhood apparatus, demanding to search the dormitory for weapons. The students were afraid and upset.

The dorm leaders managed to refuse, but over the next few weeks, the neighbourhood official demanded various residents appear at his office. The official defended the men, and rejected students’ claim that his men were drunk. He threatened the students in his office and forced them to admit that they, not the men trying to get in their dorm in the middle of the night, were wrong.

There are many forms and effects of racism in Indonesia, and these two incidents represent different manifestations of racism towards Papuans. Not talking about what racism is, what it looks like in Indonesia, and why it matters has allowed it to become even more powerful.

Read more:
Tensions in Papua and hyper-nationalism in Indonesia

Papuans have long experienced racist treatments in Indonesia, but have been pressured to keep quiet in the name of unity, harmony, and forgiveness.

In the community where I lived with students, a common perspective among government officials and police was that Papuans caused trouble and that they were all political activists secretly working for separatism, particularly the Free Papua Movement, and therefore they needed monitoring, surveillance, and surprise raids on their dorms.

Authorities also thought that Papuans needed to be taught to submit to government authority, so besides the threats and raids, they were expected to do hard labour for the neighbourhood officials.

University instructors thought Papuans were intellectually slow, their minds were weak, and they lived a primitive lifestyle, even in the midst of a city.

Students were harassed by other students about whether they ever wore a penis gourd, as people had seen on television, but community members also thought that if students cooked their food over fire, or planted root crops, or did an earth-oven cookout in the forest, it was because they were primitive people.

Men were considered strong and effective labourers, so they were offered work in building houses and landscaping.

Some students experienced racist name-calling, but racism also came in many more subtle and complex forms and was part of the fabric of everyday life.

But this is not how racism works.

As British sociologist Gail Lewis explains, racialisation draws on old notions of race as a biological characteristic as well as new notions of culture as a marker of difference.

There is no biological fact of race – human beings are all genetically interconnected, but ideas about race persist in the social imaginary.

So long as people believe that culture, ethnicity or skin colour determines capacity, behaviour, motivations, even way of thinking or lifestyle, then racism persists.

If we think about everyday ideologies in Indonesia, are some ethnic groups known for their beauty? Their entrepreneurship? Their artistic abilities? Their physical prowess? Do women from some ethnic or cultural groups make better wives than others? Are some cultural or ethnic groups supposedly more stubborn, more compliant, more strict, more emotional, more hardworking, or more charming?

Indonesia has many such ideas, some of which date back to the Dutch colonial era.

Read more:
Development for all: a better solution for Papua

Racism has important effects. It allows people to be excluded from discussions of their future. It is used to take away dignity, land, autonomy, and rights.

Racism inhibits Papuan employment, the quality of health care they receive, their educational outcomes, and more.

When people argue that it is foreign provocateurs, not Papuans, who want independence, this is racism denying Papuans the ability to know and express their desires.

Ligia Giay, researcher at Murdoch University, Australia, and Budi Hernawan, researcher at University of Indonesia, have explained, when people say that development will satisfy Papuans, this is racism denying Papuans the capacity to observe, analyse and understand their history.

The question is, for how much longer will these myths prevail?

There are signs that a new generation of Indonesian citizens accepts the fact that Papuans are able to know and express what they want.

This generation is asking whether they want to support the behaviours and ideas of the past – violence, racism, and destruction – and what other futures are possible.