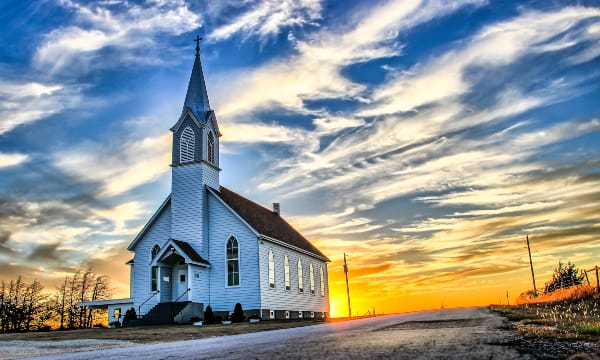 So, a longtime friend recently asked if I’d lost my faith.

I didn’t answer immediately because the question fascinated me. Plus, it wasn’t asked without an ulterior motive.

I’m African American. I was raised in the South. My friends and fam in the Carolinas, Georgia, Mississippi, ’Bama, and the planet of Florida would dispute my Southern credentials, but you know what? Virginia’s below the Mason-Dixon Line, so deal with it.

But I digress. I was also raised in a particular Christian “sect” that was as much sociopolitical movement as it was a denomination. It was a sect in which, informally, certain celebrity preachers were treated like the 13th original disciple, where your suit and tie combo mattered far too much on Sunday mornings, where there was a sliding scale of piety determined by the length of your wife’s or daughter’s skirt, where music that made you do anything more than lightly tap your foot — but just one foot, because both feet would constitute the bad kind of dancing! — might Uber you straight to Hell, where “patriotism,” as defined solely by standing for the Pledge of Allegiance and singing only the first verse of the Star Spangled Banner, was the 11th commandment, where people who looked like me were more unicorn than human, and where we were kept in line with guilt trips in a vehicle built from respectability politics.

Starting in my early teen years, though, I began to experience a troubling dichotomy in that sect: people who purported to share the foundational element of my faith but otherwise considered me lesser.

How much time do you have, and what will it take to convince you?

The parochial high school classmate who liked to tell racist jokes and got defensive when I got angry? Defensive along the lines of, Dude! Relax, it’s not about people like you. You’re different! You’re not one of them!

Maybe it’s the preacher who regularly drew from partisan political imagery to make his points — potential rapist, and robbers, and murderers, oh my! Cadillac-driving, T-bone eating welfare “queens,” oh no! Shiftless “thugs” who menace “good” people, for shame! “Bums” who don’t want to work, tsk tsk! All of these Disney characters black or brown…really, really brown, of course.

Wait! How about the devout “friend” who insists that racism in the application of the law can’t be possible because Christian faith demands respect of the law, and therefore anyone who respects the law has nothing to fear from the justice system?

I mean, it might be the devout “friend” who insisted black people complain too much and need to work harder to acclimate! Translation: If you were a true American and truly religious, you’d stay in your lane and grin and bear it! But it’s OK. He only told me these things in a spirit of love, as his faith dictated.

Or will the lay clergy convince you — the ones who insist that racism and other forms of inexcusable bigotry are rare or exaggerated and just a ploy of the devil to distract people from “appreciating” their American citizenship or focusing enough on their faith? These are also the ministers who’ve insisted to me, “I don’t see color!” A claim that worries me, because if you’re unable to see color — and not because you’re clinically colorblind! — then you’re never going to be able to take me seriously when I tell you about the frequency with which my color is held against me.

Thankfully, I managed to Get Out and relatively early, before I reached adulthood. But it’s important to note that these examples aren’t one-offs. They were frequent. And encountering them less these days is more a function of me refusing to allow that toxicity into my personal orbit than some empirical evidence that this stuff happens less often.

And that brings me back to my curious friend. He didn’t really want to know about my faith. With respect to the song, he really wanted to know if I’d lost my religion.

The short answer is yep! My faith remains intact. I still worship. But I fell off of the yam wagon a long time ago.

Some of my religious “friends” won’t care. Those of you who do? Here’s a tip: Ask yourself why it is that you would unquestioningly believe me if I told you:

But when I tell you that I regularly encounter and observe racism — racism that you insist happens rarely or only to people who live in “unfortunate” circumstances — suddenly, you question my credibility. You hint that I’m a pawn of partisan politics and don’t possess the intellect to know what I experience and what I see. And you tell me with a straight face that maybe I have a chip on my shoulder and if I focused on Jesus instead, I’d be so overwhelmed with love and so busy singing Kumbaya on a continuous loop that I wouldn’t be bothered…by those incidents, I’ve misinterpreted.

There’s not a comfortable answer to that question. But if you want me to take your religion as seriously as I take my faith, it’s necessary that you answer it.
—

This post was previously published on Medium and is republished with permission from the author.

James Burnett is a public relations executive and former staff writer for The Miami Herald, The Boston Globe, and the Milwaukee Journal Sentinel. He lives in Wisconsin with his wife, children and black lab, Leo.