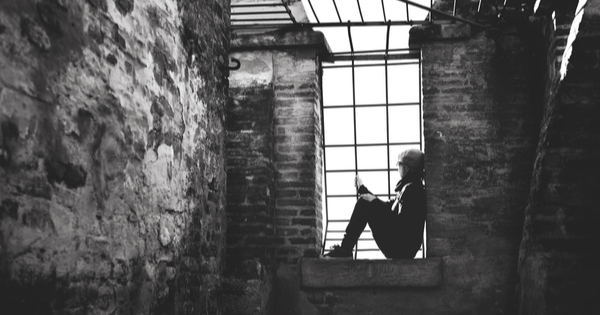 Love and hate are two of the strongest emotions we feel in relationships. — Ava Max

We are heading toward a reckoning of sorts. Just not one we thought would be happening. For so long, those of us with strong emotions (which likely make up at least half of our population) have had to suppress and hide our real feelings for so long. I am from such a family. I grew up with “alpha men” who may have been financially successful but never learned how to manage their emotions in a healthy matter. My profession has always seen excessive substance abuse and addiction problems in people, especially men, who had difficulties regulating their emotions. It has, however, only been in the past couple of decades that we are truly beginning to understand where emotion regulation and overall emotional intelligence comes from.

Emotion regulation is a skill that is first developed in the context of our relationships.

Unlike our friends in Europe or even in South America, we have dismissed the importance of relationships since the dawn of our nation in favor of exploration, independence and financial success. We have reached a pivotal point where we can no longer be “business as usual.” Our future depends on a better understanding of human emotions.

Most of us, especially now that we are dealing with COVID-19, have been watching YouTube videos or binge-watching Netflix. Media has likely become the most consistent manner of conveying a visual example of what different emotions look like. As we continue to feel the collective anger and fear surrounding recent events that have transpired in the United States, it only makes sense that artists have started to produce their own content. So in a moment of boredom or perhaps in search of inspiration, I found two videos last week that demonstrate the very emotions we are facing today: Sadness, numbness, anger, fear, forgiveness and love.

What Gen Z is Experiencing: The Storm Before the Breakthrough

About a month ago, a short film was posted on YouTube that perfectly sums up what many of us, especially teens and young adults, have been experiencing during COVID-19. At first, the break was welcomed but as society continued to neglect the changes we were all facing and expected us to continue our levels of performance at work or in school, the all too familiar feeling of sadness, depression and disconnection starts to set in. We find ourselves binging too much NetFlix and staring at the computer.

Slowly, however, most of us have moved into places of deepening depression and rage. We don’t like to experience anger or rage. For some reason we believe that something is really wrong with us. But if we were to update this video, we would see that the rage and anger opens the door to self-love.

We are a lonely, disconnected society because far too may of us have intimacy issues that start with a deep disconnection from our own self-love. More than an example of our feelings during this pandemic, it invites us to begin to think about how we can use these stronger emotions to open the door to a better version of ourselves. For if we don’t, we not only miss a personal growth opportunity, we will be sucked back into the illusion that having emotions is somehow bad.

Our Fascination with Drama and Crime Stories

In times of crisis, we need the artists who show us the reality of our circumstances and we need those artists who bring to light the emotions that often hide or we cannot speak of. Since Black Lives Matter and the raising of consciousness over the abuse of power by the police, it is no surprise that many artists are beginning to release short films related to police and the alleged perpetrators. What we don’t often see, however, is a man in power who gives up his career in order to save his family. 12 Years to Life highlights not only the emotions of revenge and lack of forgiveness but, in a surprising twist, the power of love.

We tend to believe that love is all about happiness, butterflies and babies. We equate love with marriage and romance. True love, though, is the active behavior that follows the emotion. It makes us do things we would not normally do (for example see my post about 365 DNI) and it hits us in a moment of panic. We sit and experience the worst possible scenario we can imagine and we realize our career or perceived power is not of importance. Our family. Our children. Our lovers. Our spouse. In this short film, we watch a police officer make the difficult decision to believe the threats of a psychopath at the expense of his professional instincts. Not all films end the way this one, and this ending certainly has more to say about the power of true love than an overly romantic comedy. It represents both the light and the dark powers of love while highlighting how much darkness can stem from losing the ones we love most.

Love is Not Just About Rainbows and Unicorns

We love love. We crave it. We want it. Yet, we have an overly romantic view of what it is supposed to look like. We are often confused. We don’t realize that the opening to self-love is often through anger and perhaps despair. We don’t realize that the real test of love in a long term relationship is the capacity, without thinking, to give up a career you have built over twelve years and choose your relationships. We tend to watch movies or television without realizing we are being exposed to examples of emotions. As we head into a collective time of difficulty, it may be wise for us to realize that we can learn a lot about powerful emotions by more mindfully watching movies and television. While 12 years to Life highlights the dichotomy between revenge and love, it really is no different than the internal emotions that our Gen Z teen is currently experiencing. Emotions are universal — how we express them and the choices we make are our free will and we are sitting on a precipice of a new era where we can choose how to use our emotions for the greater good of humanity.

During the 1960s, I think, people forgot what emotions were supposed to be. And I don’t think they’ve ever remembered. — Andy Warhol

About Dr. Jennifer B. Rhodes

Dr. Jennifer B. Rhodes is a licensed psychologist, relationship expert and the forthcoming author of Toxic Insecurity: Our Search for Authentic Love. You can connect with her on Twitter and Instagram @jenniferbrhodes.