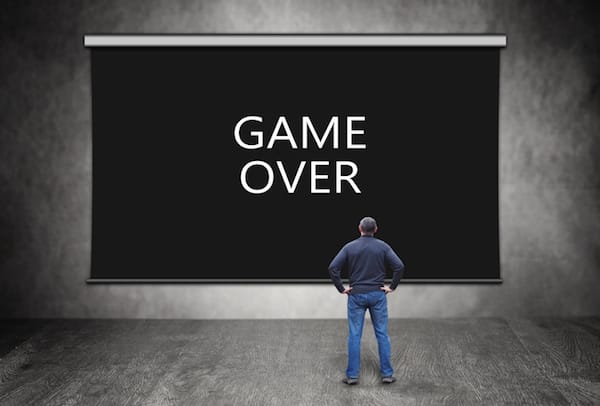 This young guy at work–Sean, a 20 something sales associate–just got dumped by his girlfriend of nearly a year. Her name was Sarah. I met her once, at a company picnic, and she was quiet, a bit shy, and smart enough not to eat the potato salad that Larry, from finance, brought–everyone who even sniffed it got violently ill. I learned a long time ago not to eat anything that Larry has conjured up, especially if it has mayonnaise in it.

Sarah ended it with Sean over lunch, in a very kind, matter-of-fact way. She said that she didn’t see their relationship growing, and before he could even take a bite of his Italian B.M.T (yes, she dumped him at a Subway shop), she had left and he was crushed.

And when I say crushed, I mean crushed. He went straight home and called his mom, then cried for several hours, missed two days of work, and spent the next few months re-living, in the most annoying way possible, every nuance of their relationship until even the most sympathetic of us started running away whenever he would look in our direction.

I gave him the tried and true advice: you’ll get over it. And I added “time heals all wounds”, which didn’t help a bit, it never does, but that’s all I had.

I told my wife what happened and she said, “you can’t tell a person that they will get over it. It doesn’t work like that!” And then she shook her head and walked off, and I thought “it SHOULD work like that…” Whatever. But it did get me to thinking…

I thought about my own past–specifically, my dating past, and yes, I had my own Sarah. Her name was Brandy, and no, she wasn’t a stripper. Her name was just Brandy. She worked in a pet store. I met her at a friend’s Superbowl party, and within a couple of weeks, we were joined at the hips, calling each cute nicknames (she called me Stooge, after Curly of the Three Stooges, because I have a round head and keep my hair high and tight). I called her Ralph because she “ralphed” (puked) one night after we drank tequila to celebrate her birthday.

We rolled along for nearly a year. We were more or less living together, and it was all very comfortable. Until it wasn’t.

She dumped me on a Friday night, at my apartment, right after dinner. She talked, I listened, then she was gone. For good. Her reasons were basically the same as Sarah’s–the relationship wasn’t going anywhere, and somewhere along the line, she had lost her feelings for me.

I found out in short order that there was another guy involved. I fell into a dark, depressed state (like that weird place in the movie “Get Out”), and stayed there for a LONG time.

I came to understand, months after the fact, that I was responsible for the break-up. I was selfish, unattentive, and even mean. And the other guy? He was all about making her happy. They got married. I see them sometime.

I saw Sean recently. I took him out for a beer and I told him about Brandy. Only I didn’t call her Brandy, I called her Lauren. I told him that I could emphasize with him and that I knew how miserable it was, and how sorry I felt. I did say, “it’s going to get better”. I had to say it. Because it’s true.