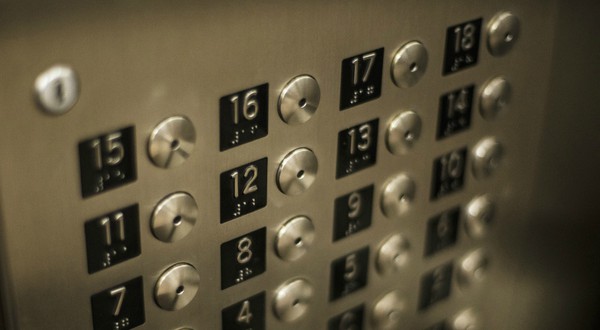 —
As the nation finds itself being forced, however uncomfortably, to confront the problems of sexual assault, harassment and the abuse of male power, story after story of predation and misconduct is finally being told. To hear the stories is discomfiting enough. What makes them worse is how utterly normal and common they are, and how unsurprised most women are upon hearing yet another of them recounted.

But beyond the most horrific abuses — about which most all can readily join in condemnation — are any number of seemingly less serious offenses, which, however shy of criminal they may be nonetheless pose serious questions about presumptions of male entitlement to women’s attention, and ultimately bodies. And even more so, the mere privilege men enjoy: a privilege of rarely if ever having to think about what it means to confront a culture of entitled manhood from the positionality of women; what it means to live with a fear of what could happen today, even if it might not, simply because of that culture and its effects on the men who imbibe it.

As a longtime social justice activist and antiracism educator who has spent years writing about and discussing the ways privilege operates, both generally and in my own life, I figured I understood these things pretty well. But sometimes even when you know a lot, you haven’t really come to feel the thing about which you know so much; and that distinction between knowing at the intellectual level and feeling at the affective level can make all the difference.

It was two years ago when it happened: a more or less trivial encounter, but one that in the wake of recent discussions around women’s experiences with male sexual predation, I’ve been thinking about a lot. So too, I’ve come to appreciate its true significance.

After a series of speeches in Los Angeles, I was spending the night at a hotel near LAX, in advance of a flight early the next morning. After having some dinner while checking e-mail in the restaurant, I ordered a second glass of wine to take to my room, paid my tab and headed for the elevators. When the doors opened I hopped on, along with the only other person who had been standing there waiting: a woman, probably mid-thirties, with whom I exchanged pleasantries as the doors closed behind us.

She hit the button for her floor, and realizing that I had forgotten to push one inquired as to my destination.

As the elevator crawled slowly upward, her demeanor changed. She seemed suddenly nervous and I saw her glance specifically at the hand in which I was holding my wine glass. Her body visibly tensed and she moved ever so slightly, but perceptibly, a few inches further from me. She seemed to be holding her breath.

When we got to the floor I held the door open for her and said, “Please, after you.” It’s something I do pretty reflexively, and for anyone regardless of sex or gender, as a matter of basic politeness, thinking little of it.

At this point she immediately began fumbling through her purse, as if she were looking for something, but in such a way as to cast doubt upon whether she was really looking for anything at all. It seemed too animated, like the way you might do it were someone to ask you to pantomime the act: exaggerated, and too frantic by several orders of magnitude. She mumbled something about not being able to find her room key.

“You go ahead,” she said, as I stood there holding open the door. “I might have to go back to the lobby.”

“Oh, alright, well, good luck and have a nice night,” I said, as I headed to my room, noticing after I had walked about halfway down the hall that she had indeed followed me out of the elevator and was now walking briskly down the corridor in the opposite direction to her own room. Apparently, she had found (or perhaps never truly lost) her key.

This encounter lasted all of 30 seconds, if that. And I cannot know for certain what (if any) meaning should be ascribed to it. But here’s what I do know.

The woman in the elevator could only be sure of two things: first, that she was going to the same floor as a male stranger, and second, that he had a glass of wine and thus, had been drinking.

Oh, and one more thing: namely, that if she got off the elevator first, taking advantage of my utterly banal offer for her to do so, that the man with the wine would be behind her, able to see where she was going, and possibly even follow her there.

I had certainly given off no vibe of dangerousness or predation. Like most people in an elevator I had pretty much stared straight ahead and said only the barest minimum of words; and only having started my second glass of wine I was hardly buzzed, let alone demonstrating the slightest signs of intoxication. But none of that mattered.

Of course, I could be overanalyzing the encounter. It could be that she genuinely misplaced her key, and only thought to look for it frantically after she realized we were going to the same floor and, coincidentally, after I had extended the offer for her to exit the elevator before me.

She may just be the kind of person who fumbles through a purse with exaggerated abandon, and who was looking at my wine glass merely so as to determine based on the color whether its contents were Cab or Pinot.

Perhaps she hadn’t really moved a few inches away from me and her body hadn’t tensed when I told her I was going to the same floor as her. And perhaps she just so happened to find her key, once I had exited the elevator and she saw that I was headed down a different corridor than her own.

But somehow, I doubt it.

Not because I felt I had been judged by this person unfairly, but because she had felt it necessary as a matter of self-defense to engage in that judgment in the first place, to take no chances, to presume nothing about my good intentions; because she and other women have to think about that every time they get on an elevator, or find themselves in a corridor alone with a man. And not, as some voices of backlash would have it, because they are weak or “snowflakes,” but because self-protection is the ultimate expression of agency: doing what has to be done to stay safe and secure for another day.

Until we can recognize the privilege of not having to think about things like that every day, we need not say anything about how the #MeToo movement has “gone too far,” or is unfairly lumping good men in with predators, or blurring the distinctions between true monsters and something less.

Yes, there are distinctions to be made, and yes, they matter. But what also matters is this: until more men treat these subjects with the seriousness they deserve, all women will live with the anxieties and uncertainties displayed that night on that elevator. In which case, none of us are free. If we wish to be differentiated, we need to start making a difference.

Facebook493TweetPin1EmailShares494
wpDiscuz
0
0
Would love your thoughts, please comment.x
()
x
| Reply
Share this ArticleLike this article? Email it to a friend!
Email sent!