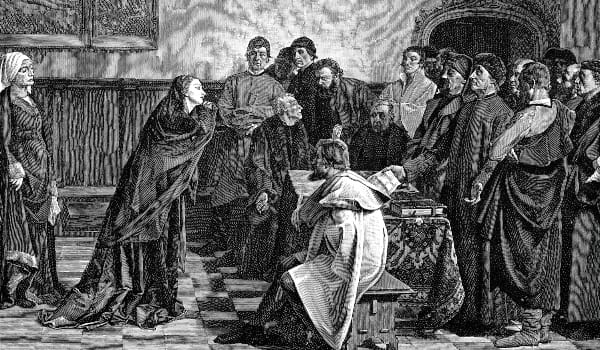 Those of you who know me know that my primary spiritual gift, referenced in Romans 12, is that of prophecy, the ability to size up a situation and speak into it, often to the chagrin of people who don’t always agree with me. Part of having the gift is also the toughness to withstand the arrows that inevitably come my way.

But recently I’ve been reminded of a secondary gift I have: That of mercy, which I think of as having, shall we say, an available lap for those in need to sit on. You need to exude a certain amount of safety to exercise that, of course, and I’ve apparently been doing so since the age of 10, when a much-younger girl fawned over me.

Now, like prophecy or any other gift, “mercy” also has to be cultivated, and by that I mean a willingness to enter into the pain of another without trying to force solutions that might not work or otherwise dominating the personage of another. In other words, it means forgetting that “it’s all about me” and connecting with someone where he or she is. In most cases, it will mean having already processed one’s own pain or being willing to do so so that when someone comes to him/her with a difficulty the person can be heard properly.

I must say here that not everything can be experienced personally.

Though my parents split when I was 22, I cannot say that I understand all the internal dynamics of divorce since I, myself, have never been married. I’ve never been a parent, so I don’t “get” the devastation of the waywardness or, worse, death of a child. I’m not a woman, so I won’t know exactly what being raped feels like, especially in its aftermath.

Indeed, when I was an active fraternity member, one of the women attending a party of ours was mourning a breakup that she initiated. Having never had a steady girlfriend at the point in my life, I didn’t understand at the time why she would feel sad when she was the one who left.

(Eighteen years later, however, after having had to do the same thing, I got it.)

Also, many whites in America cannot understand what it’s like being part of a racial or ethnic minority and thus feeling put upon; too often we’re told simply to “get over it.” That’s sheer callousness, which has caused a lot of dissension in the greater society and even in some segments of the church. I sometimes wonder if part of the present polarization in society is the result of the unwillingness to “mourn with those who mourn.”

You see, the person with the gift of mercy must have a heart to listen to what a person is communicating and thus respond in kind. And do so in kindness.

One of my most precious moments surrounded a 2002 visit with a friend who lived in another part of the country. We had met during the summer of 1990, when she was in town doing an externship; her “inner child” felt safe with me from the start, and we’ve kept in touch all that time.

Anyway, after church we were sitting on the couch at her place watching a basketball game — to be exact, the second round of “March Madness” — and she confided to me, “I want to curl up with you so bad.” A few moments later she fell asleep in my arms. (I get misty-eyed just thinking about it.) Though I did derive some satisfaction from that, doing so wasn’t my goal.

Nor should anything like that be the goal of anyone who may want to show the gift of mercy — it should always be humble and self-effacing, never demanding its own way.