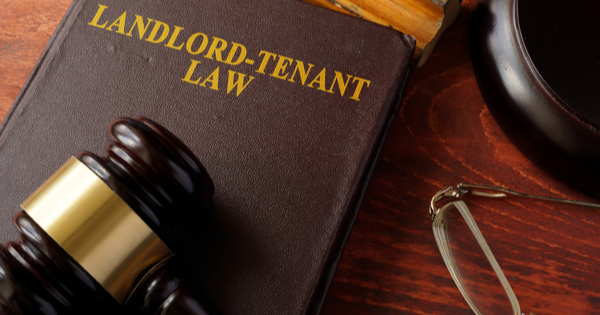 As crazy as it sounds, I got evicted in the middle of the COVID crisis after only a month of living in the basement of a seemingly-nice couple. Their reasoning? I dared to have my (black) girlfriend spend the night.

Was it racist? Probably. Was it illegal? Likely. Was it unethical? Yes. Was it inconvenient? Not as much as you might think.

Do I want to go into more detail? Not really.

Do I give a shit ten days later? No. Seriously, I don’t.

I’ve been splitting time with my mother and my girlfriend since then. I gave in and moved out. I asked for my security deposit early and got it in full. No problem. I regret nothing. Fuck them. Moving on.

A younger version of myself would have written a very different reflection. He would have considered himself a coward for not standing up to the “oppressors.” He would have wanted to organize a protest—at the house. Picket signs. Megaphones. Self-righteousness. The works.

He would have wanted justice—or what he considered “justice.” He would have contacted Craiglist and informed them that there was a (seemingly-nice) couple who didn’t like black people yet had the nerve to rent their basement (in northern-fucking Virginia) to unsuspecting liberal white men. He might have added that they did not specify their prejudices in the rental agreement. He might have even added a disclaimer insisting that he was not prejudiced himself—against Arab Muslims in this case—and that it was no easy hand he was dealt: to be a white person calling out brown people for hating black people.

This younger version would have wanted to prove that he was a true activist—that he could brave the threats of COVID-19 and liberate the love of his life (and all African Americans by extension) from the evils of discrimination. He would have risen each morning with this one goal in mind and slept uneasily until it was (somehow) accomplished. In other words, he would have anointed himself the savior.

This isn’t hyperbole. His younger version would stay up to 3 a.m. watching the DVD remake of Jesus Christ Superstar for inspiration. He would chastise those he considered violent for not being peaceful and those who were peaceful for not being radical enough to achieve lasting change. He would interrupt keynote speakers at conferences for their past political transgressions. And he would barely take the time to eat or sleep. Passion (but certainly not in the romantic sense), sacrifice, and revolution were his holy trinity.

Now, at 33, that man has—happily—betrayed his ideals. He’s come down to earth. He’s no longer interested in sacrifice for its own sake or unrequited passion. He understands that revolution will take time.

So, for now, He prefers to enjoy a good laugh, (less-serious) movie, or glass of wine with the woman he loves—free of judgment from the Man (or ignorant family) above. He takes advantage of his mother’s doting. He saves money on rent. He cooks in his (now) full kitchen.

He gloats to friends how he “didn’t overreact” when he initially wanted to punch his hand through the wall in righteous fury. And he explains how it’s not on him to right every wrong—even those perpetrated against himself and the ones he loves.

Because sometimes it’s just not worth the trouble.

Facebook4Tweet3PinEmailShares7
wpDiscuz
0
0
Would love your thoughts, please comment.x
()
x
| Reply
Share this ArticleLike this article? Email it to a friend!
Email sent!