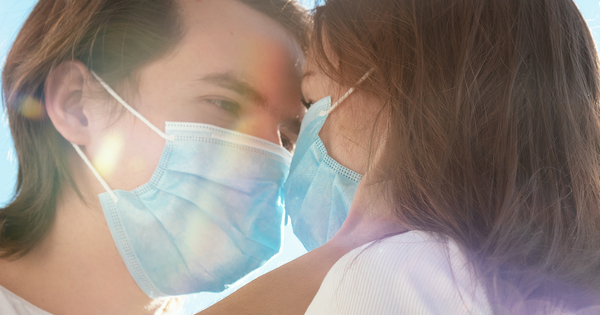 Tired of the online dating app scene, I decided to try something different — to use a matchmaking service. I’d considered it several years earlier, but then I met my second husband, making it unnecessary.

Finding outside help for my dating woes

It felt strange to hire an outside service to help me find the right guy. In fact, the whole thing embarrassed me enough that I didn’t even research the various dating services as I’d usually do. I hired the first agency I saw advertised and hoped for the best.

After meeting the first three matches out the six I had purchased, I’d still had no luck. Then I got the call. They had found another potential candidate. My dating concierge told me that he’s quiet, thoughtful, and industrious. A creative individual with lots of personal interests, she explained. He took his time to answer questions and seemed self-reflective, she said.

Another complication — a pandemic to mess things up

The dating agency scheduled the first date, and then the pandemic hit.

My matchmaker contacted me again. “The date is still on, but we’re going to have to do it differently,” she explained. “It’ll be a video conference instead of dinner at a restaurant.”

Shit, I thought. An introvert, I loathe video chat. It’s worse than having to make a phone call. The split-screen bothers me the most. I feel self-conscious and awkward as I watch myself on the monitor.

I’m one of those people who would be happier if mirrors were a thing of the past. I avoid all types of surfaces that reflect my image — storefront windows, decorative glass wall hangings, and blank TV screens.

And there was the added loss of not seeing what this guy was like in person. Now I wouldn’t know what it felt like to be around him. To know if there was any physical chemistry.

At least our date wasn’t canceled, I consoled myself.

Would not being able to meet mess things up?

Not a novice to online dating, I’ve found face-to-face meetings vital. Texting a guy sight unseen has led me to conclude many false assumptions. There are the ‘text-awkward’ men. My late husband was one of those. He failed to understand messaging was similar to having a real-time conversation with another person, only in writing instead of speaking. There’d be long delays between his monosyllabic text messages.

Others have used texting to hide. They post old photos and neglect to mention essential pieces of information. Meeting them in person is discombobulating since they seem nothing like the mental image they helped me to construct.

Worried, I wondered if I would know if I’d found a good match — especially since I was paying top dollar for this date and not even getting a free meal out of it. (I know this expectation irks some men as unfair, but it is what it is.)

This guy immediately put me at ease. Although a few years older than me, he was energetic and had a zest for life. No discussion of exes, which was a positive sign. I kept hearing myself say, “Me too!” as we discovered shared interests and similar experiences. In short order, we were laughing about mundane, silly things. Soon two hours had passed, and we ended the call.

It’s been two weeks, and we talk nearly every day. We haven’t met yet since unnecessary interpersonal contact is discouraged due to the current pandemic. Maybe that’s been a good thing. It certainly takes the pressure of sex off the table.

At first, our conversations were general — about what we did that day and our hobbies. Then we discussed our families, friendships, and social connections. As the number of hours increased, I could feel myself relax as the warmth of familiarity grew.

This guy is different from anyone I’ve ever met. Frankly? He’s not my type. Oh, I don’t mean he’s not good-looking; he’s handsome. I’m referring to something different — an unconscious bias that constitutes the type of guy that attracts me.

The two of us come from very different walks of life. I’m more schooled. The traditional type who keeps everything in its place. Cautious. Some might say even a bit uptight.

He’s hair down, flip-flop casual. He thinks before he speaks, yet is not afraid to take a risk or two. Someone who’s backpacked across Europe without hotel reservations. Unthinkable, in my book.

No, I think we if met at a dating mixer, we would have passed each other by without even a second glance. And yet, underneath the surface, we are alike with similar values, outlook on life, and even future dreams.

Last night he texted me, “You up for a phone call?”

I responded, “Yeah!” despite late hour.

My heart warmed to his reply of “Yay!”

I could hear the sound of excitement and pleasure in his voice as we chatted about our day — the ordinary stuff, like what we got accomplished and such. Both of us found it hard to end the call.

“Talking to you has become a part of my daily wind-down,” he said, to which I smiled.

An odd blessing from the pandemic

The COVID-19 pandemic is creating havoc. Frightening health risks, deaths, job losses, social isolation, and economic instability. I keep the news turned off unable to stomach seeing more bad headlines. It’s weird how something so terrible might be the catalyst for something lovely for me.

I’m proceeding with caution, though, since meeting in person still hasn’t happened. But for the first time in a while, I’m hopeful. COVID-19 has forced me to slow down and to do the harder work first. We’re becoming friends with hopes of something more.