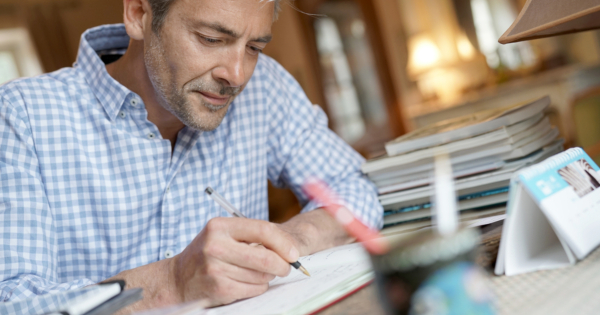 —
I owe a huge debt of gratitude to Julia Roberts, actress extraordinaire and star of the movie “Eat, Pray, Love.” My appreciation comes more from a specific scene in the film where Liz (Julia), who is going through a bit of mid-life chaos of her own, wrestles with the concept of how to extract herself out of a life that she had a heavy hand in creating. I usually don’t feel an affinity with movie characters, but this time things were different. 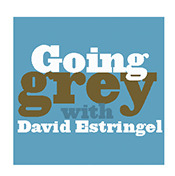 It was 2010 and at 41 years of age, I had just started what was the first of three mid-life crises. That moment in the film was so poignant since I had built a life structure around myself that, while enviable to some, started to become overbearing. I was well-grounded in my career, as a social worker and program administrator and was making a name for myself in the human services community. Years of grunt work, schooling, and training had finally paid off and I was on course for bigger and better things. I, however, was not happy or unfulfilled and had no idea why.

A lot of thought went into my chronic state of ennui, leading to a great deal of self-questioning around what I was doing with my life and whether–or not–the choices I made were what I actually wanted. The surface answer to these questions was always a loud, resounding, “Yes!” I think, however, that if I had stopped to unpack those questions and explore the motivations behind them, my answer may have been different.

Flash forward eight years later, my career predictions came true and then some. I was teaching Social Work at two four-year universities, a program manager at a local acute inpatient psychiatric hospital, and owner of a small but successful private practice. Combined, the fruits of my labors added up to six-figures. I had achieved a level of professional and financial freedom that I had only dreamed about in my youth, but—still—happiness and fulfillment eluded me at every step.

Don’t get me wrong! Social Work practice had been great to me over the years and I felt good about the work I had done, but did I love what I was doing? It didn’t feel like it. The more I ignored that feeling the worse things seemed to get. My frustration with “the work” grew more and more unbearable, as time passed. I toyed with the option of changing careers, but the idea seemed silly and irresponsible. Fifty was encroaching and I had invested too much time, effort, and money into being a social worker and psychotherapist to just drop it all and start over from scratch. I felt trapped.

I am not sure how it happened, but one day I took a good, honest look at my life and what I wanted. I discovered that I wasn’t happy because I didn’t feel a passion for Social Work. I could not see myself as a social worker or clinician for the rest of my life—at least not all the time. Things just happened that way. Life happened that way. What started off as a strategic, professional move, turned into something bigger and completely out of my control: a beast I had fed for years that had slowly—but surely—taken over every aspect of my life. So, if not social work, what then? Human services had been a significant part of my narrative for almost 20 years. What else could I possibly do that might bring me the sense of completeness I was desperately searching for? The answer was not as out of reach as I had thought.

As with many men going through mid-life crisis, my conflict was driven by the perception of significant distance between the reality of my present and the idea of where I thought I would be in the future. The confusing part was that I was not sure what I expected my life to look like: all I knew was that things should have been different, somehow. So, I put my angst aside—to the extent that that was possible—and thought back to my younger years and the aspirations I had for myself. Ultimately, I looked at myself during my senior year of college at the University of Texas at Brownsville, as an English major. I remembered what a voracious reader I was and how much I had enjoyed creative writing, especially poetry and short-stories. I remembered wanting to get a master’s degree and teach literature at the university-level. I wanted to write like Raymond Carver and strike at people’s cores with my wicked verse. I wanted to be surrounded by books and find little parts of myself in the characters the inhabited each of their pages. Life happened, though, as it does.

Something had been awakened in me that last year of college: a part of myself that wanted—demanded–to be creative, but it did not happen. Distractions presented themselves. Priorities changed. Instead, I chose to take a stab at—what I considered to be—adulthood and started the long process of being productive and doing the “right thing.” Life became about settling and trying to make myself fit into the mold of a grown-up man, who was stable and upwardly mobile. Unfortunately, my love of reading and writing were not a part of that plan. The jobs and commitments I willingly accepted, during my career in Human Services, called for a different type of creativity–one based on logic and critical-thinking skills. There was no room (or time) to tend to my creative self, or so I told myself.

It wasn’t long after this epiphany, however, that I decided to go back to school and work towards getting that graduate degree in literature. I began to read, again, and dove into my composition and creative writing classes with a fervor I hadn’t felt in a long time. I started writing poetry, short-stories, and essays—many of which have been published. I started TAing freshman composition classes. I found opportunities to involve myself with the literary community, becoming a contributing editor for a favorite publication of mine. I even became a columnist—soon to be editor—for The Good Men Project. The future—the life—I had always wanted was beginning to happen and things finally seemed to come into place.

Now the task ahead of me is trying to figure out how to balance all my different parts. I love what I do, teaching Social Work, but I also love being a writer. What said “balance” will look like, I cannot tell you for now. What I do know is that black-and-white thinking will not derail me, again. Now is the time for slow, deliberate self-negotiation.

Mid-life crisis can be a challenging time for most, but one’s approach can help ease the bumps in the road along this developmental journey. One can focus on regrets and what is lacking in their life or seek to identify opportunities for positive change and move towards reconstructing their life structure in a meaningful and fulfilling way that honors the one that currently exists (along with the people and things within it). Support from friends and family is critical. Therapy can be a lifesaver. Most importantly, the dreams and idealism of youth should not be dismissed or forgotten. It may just be that we knew what we were talking about.
—

Hi David, I understand what you mean with the black and white thinking. Why do we do that?.. Its as though its programmed into us males and takes up so much mental head space and energy but we can’t seem to snap out of it! Most of us just fall into jobs either though financial reasons or family pressures with little thought of what we want to do to then ‘wake up’ in our 30s or 40s questioning how we got there and taking another 10 years to do something about it. Good article, I think a lot of what… Read more »

I couldn’t agree more. It is simply amazing how much conditioning we go through throughout our lives, which makes “changing the rules” later so much harder (in terms of our own perceptions, anyway). I think it is important to look at this time in our lives to not only reflect, but look forward with options in mind. It can be an empowering time…if we let it. Thank you so much for your comments. Take care…David.

Facebook46Tweet6PinEmailShares52
wpDiscuz
Share this ArticleLike this article? Email it to a friend!
Email sent!