Nsajigwa I Mwasokwa (Nsajigwa Nsa’sam) founded Jichojipya (meaning with new eye) to “Think Anew”. We have talked before about freethought in Tanzania. He is a pioneer freethinker in Tanzania and has trained in Tanzania and Japan in farming, cultural tourism, youth development from the grassroots, worked as a tour guide, in teaching, in translation from English to Swahili and vice versa, and in the incubation and mentorship of the youth. Here we continue the discussion.

Nsajigwa I Mwasokwa (Nsajigwa Nsa’sam) is a pioneer in the freethought movement in Tanzania. Our conversations spanned a wide set of topics.

I asked Nsajigwa about the number of the religious people in Tanzania. He noted about ½ to 1 percent of the population. By comparison, Mensa has about 2% of any population. So, this is a rarefied population in Tanzania.

Not many people, it becomes a small community and, by implication of usual social conventions, the community members will keep quiet for fear of offense or being ousted from the mainstream community.

It becomes a difficult situation. Nsajigwa notes the difficulty in looking ahead for the non-religious population in Tanzania.

Nsajigwa opined, “It is tough to forecast based on the experience that during 1960 – 70s it was thought then that the campaign going on to fight against “enemy ignorance” would, by the year 2000 lead to high level of literacy. It surprises that irrationality and gullibility is still high despite education. Someone said it was free education but also free of knowledge too!”

He says that the prospects, likewise, for the decrease in religiosity will be due to the internet. The fact that an individual Tanzanian can gain access to information on their own. They can become informed on the issues of the day.

The religions over time become questioned from all sides. This questioning weakens the superstructure of religion in general. More properly, the fundamentalist aspects of religion begin to wither compared to their prior ‘glory.’

The zeitgeist of the non-religious continues to assert itself in different, and interesting ways over time. “However there must be efforts like ours of Jichojipya to showcase (thus catalyze) the populace to know that even at the local level there are freethinkers individuals,” Nsajigwa, explained, “that it’s possible to “live clean”, ethically good, rationally guided without a religion, any.”

I asked about the theology or the social cohesion purposes of religion in Tanzania. Nsajigwa described the second being the proper one to conceive of religion in purpose and form. That the religious institutions and leaders work for both, but emphasize the second more.

“The church is powerful theological-wise on what it disseminates each Sunday plus it has several educational institutions that it runs. Mosque exerts quite an influence too,” Nsajigwa stated, “But it’s social cohesion where religion is strong in playing the non-reality of how to conceive the world, as I have explained the impacts of religions to our daily life here. That is a big part, African triple heritage cultural reality on the ground.”

In terms of those who want to help out Tanzania, surrounding countries, or the African diaspora, Nsajigwa gave some recommendations. He says to look for the rational and skeptical perspective on any claim, including religious claims about the world.

The countries around Tanzania should, Nsajigwa suggests, look to foster a skeptical outlook on the world with the foundation of a freethinking, secular, and humanist movement. One from the ground up. A movement build from the grassroots for the general population and by them.

He thinks the African diaspora – those with immediate African heritage around the world – should work to help the “motherland’s emancipation” from the superstitious mental slavery including the religious forms of it.

Nsajigwa argues there should be training of STEM subjects. The foundation of projects with an emphasis on independent thinking, freethinking, secular humanism, and so on, to match the reality of the 21st century in Africa.

Nsajigwa concluded, “And if you mean Afro-Americans, yes likewise, if they are open-ended Black freethinkers nonbelievers, those free from keeping a blame gaming white man for everything 50 years since civil rights movement, Humanistic to see things beyond either-or black and white. If willing they can help out. In fact, anyone within a human race can help on this. Thanks for the opportunity.” 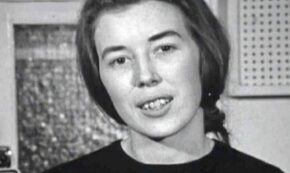 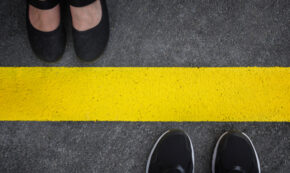 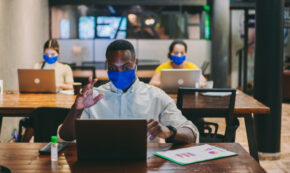 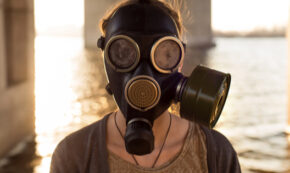