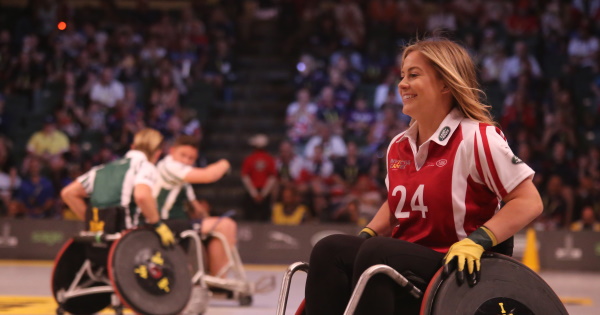 I love underdog stories. I think most of us do.

As a teacher, I’m particularly aligned to admire the tale of someone overcoming a great obstacle in order to succeed. It’s important to remember that our most vulnerable youth can confront the obstacles put in their way.

Each of us is an individual, and each of us belongs to a variety of groups. When we consider people who belong to other groups, particularly traditionally marginalized groups, we can struggle with how to balance respect for everyone’s individuality and awareness of how their membership in a marginalized group shapes their perspectives.

In the case of race, there’s a tendency for some of us to come down too much on the first side. Many white teachers and liberals claim “colorblindness” because we want to treat each person as an individual. We are quick to quote Martin Luther King, insisting that we are judging people by their character, not by the color of their skin.

However, this ignores the reality that people of color, and particularly black and Native American people (BIPOC), come from a context of centuries of oppression. Also, it assumes that being identified by a color is inherently a bad thing. African-American culture is robust and worthy of respect in its own right; the same is true for the variety of African cultures. And before Europeans colonized North America and killed off (through war and illness) the vast majority of Native Americans, this continent was filled with many complex, nuanced, and distinct cultures.

In the case of disability, there’s an opposite tendency. We often get caught up in how someone has “overcome” their challenges, and forget to respect the student’s individual identity.

Personally, I have several disabilities. I have a prosthetic eye, and I have chronic mental health challenges. In public, I often find people (especially children) staring at my prosthetic eye. I’ve written about this experience in the past. I would prefer if it weren’t an issue at all, but I’d also rather discuss it openly than be stared out or treated differently. The only accommodation I ask is that people not walk to my left.

I am not my missing eye. I am a person who has a complex personality and who also happens to be missing one of my eyes.

It is indeed important to recognize that people with disabilities have challenges that differ from “able bodied” people. I have a friend who typically uses a wheelchair, and there are places that it’s difficult for him to go. People who are fully blind can’t drive, and so on.

At the same time, though, it’s far too easy to go overboard, to become so focused on someone’s disability that we forget their personhood. As a person with disabilities, I want empathy, not pity.

In a TEDx Talk, disability activist Stella Young tells the story of the time she was nominated for a community achievement award. Her parents declined because, at 15, as a teen working in a hair salon, getting reasonable grades, and watching TV in her spare time, she hadn’t really done anything.

“They were right. … I wasn’t doing anything that could be considered an achievement if you took disability out of the equation.”

When disabled people are only there to “inspire,” she continues, not to simply be doctors, teachers, and lawyers, we objectify disabilities rather than celebrating people.

Often, we go even further: We use images of disabled people to pressure able-bodied people to succeed. After all, if a quadruple-amputee can travel the world, why can’t those of us with four working limbs go to work on Monday with a smile?

For another, that discomfort should help mirror the discomfort those of us with disabilities feel at being treated as our disability first, our identity second.

There is a drive in some portions of the disabled community to use “person first” language for this reason. Ironically, though, this language is often used when the people with the disabilities don’t prefer it. For instance, the general feeling among autistic people is that they prefer that to “people with autism,” but the latter term is widely used because well-intentioned neurotypical people think that’s what’s wanted.

I’m sure there are autistic people who do prefer “people with autism,” just as I prefer to be called “handicapped” rather than “disabled.” I have been using the latter language throughout this article because that’s the generally preferred term among disabled persons, but I’m not everyone. I’m me. And I’m handicapped.

I am sympathetic that it is difficult to balance respecting the struggles someone has because of membership in a marginalized group and respecting everyone as an individual. We will all err from time to time, on one side or the other. As with every complex situation, it is a goal to work towards, not an end to attain.
—

Photo by Audi Nissen on Unsplash