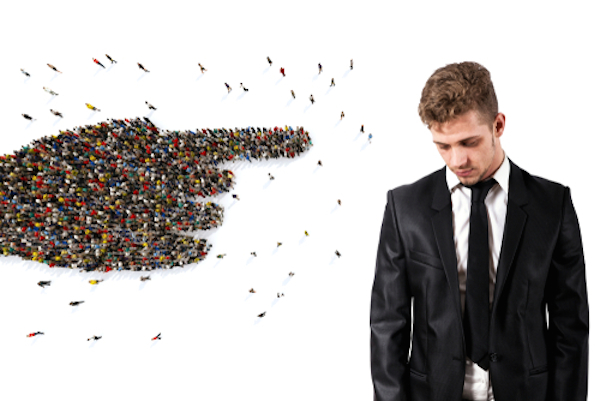 I embarrassed myself last night. Big time. My wife and I went out for our anniversary. We bring our teenage son.

Why? Because he was just sitting around the house and we felt bad for him and because we’ve been married for so long that anniversaries are no longer a big deal–which is our bad–so he came along. I let him drive. I’m in the passenger seat, the wife is in back. Son pulls up in front of the restaurt. I go to open the door only I can’t–he pulled up right next to a tree and I can’t open the door to get out. So I say, “slide back a little…”, which
he does and I open the door, but he doesn’t stop and the door scrapes against the sidewalk and I SCREAM at him to stop and he does but the door is stuck now, so I yell at him to pull forward and the door scrapes on the sidewalk AGAIN and I just lose it.

Only it’s not really his fault and I still yell at him. And my wife starts yelling at me. And we’re making a scene in the car, and people are gaping at us, which INFURIATES my son–and my wife. So we pull around the corner and park. Then we go into the restaurant, and no one is talking to each other and the waiter comes by and asks if want anything to drink, and I bark at him.

At which point my wife gets up and goes outside, followed by my son. And the other patrons are looking at me and I know that they have surmised that things aren’t going well. Eventually, I have to get up, go outside and try to persuade them to come back in, but I didn’t really apologize, but my wife and son, teeth clenched and mentally shaking their heads with disgust, and we choke down the meal and go home.

I went outside and slapped the side of the garage with the palm of my hand. It was my fault, I knew it, and not only did I embarrass them, I humiliated myself.

I went into the house and apologized. It was profound, but it was late–like, my dad would say, I locked the barn after the horse was stolen.

Later, I thought about the other times that I had humiliated myself, and I came up with seven examples over
my 40 something year life that I’d out and out shamed myself. Of those seven there were two terrible, permanently scarring humiliations; 2 that, well, are just kicks in the crotch.

Here are a couple of examples. They are NOT the two terrible ones, but these were close:

1) I got caught stealing when I was fourteen. Standing next to my mom in court was agony.

2) I was a Catholic altar server. I was chosen to serve at a triple funeral. Three people from the same family–mom, and two brothers–had been in their car by a train. Three caskets were lined up, one behind the other, in the center aisle. When the time came during the mass, I was supposed to stand behind the last casket with a ceremonial candle. Then the priest, accompanied by another server, would make his way around the caskets and
sprinkle them with Holy Water. I was tense. The church was packed, and you could hear a pin drop as the priest sprinkled the first casket, then the second, then approached the casket where I stood. He solemnly passed me, but the server who was behind him looked at me and mouthed something–I don’t remember what he said, probably fuck you or some other stupid thing, and for some inexplicable reason I burst out laughing. And I couldn’t stop. I howled and started to cry and still, I couldn’t stop myself! The congregation, the devastated family, their relatives and friends, and hundreds of parishioners who were there to support them, glared at me and hissed with utter fury, but still, I couldn’t stop. Then the priest looked at me as if to say, “you sad child”, and I stopped laughing. But the damage was done, and for years after people would see me in church and shake their heads with disgust…

Take out your notebook. Write down every humiliating moment that you’ve suffered through in your life. Dredge up every detail, every emotion, every painful memory. When you’re finished, turn the page.
—