Get Daily Email
Join/Login CLOSE
Home / Featured Content / On The Spectrum: The ‘Blue Ranger’ as an Autistic Superhero 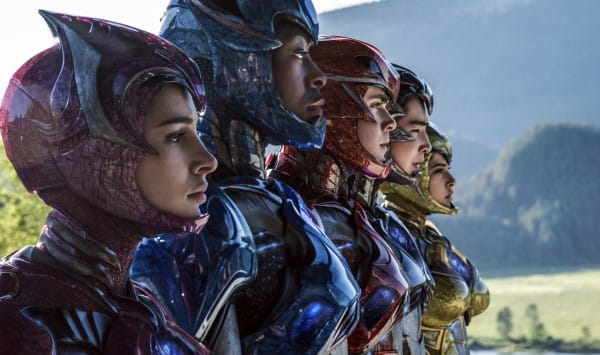 People along the autistic spectrum are often defined by commonly displayed characteristics — attributes like taking speech and behavior literally, lack of eye contact, targeted focus with disinterest in things happening in the periphery, not wanting to be touched, and more. The new Power Rangers film portrays the Blue Ranger as a superhero on the autism spectrum — and it seeks to make the character have universally human characteristics first and foremost.

In an interview with Screen Rant, actor RJ Cyler (played “Earl” in Me and Earl and the Dying Girl) said he was excited for the opportunity and responsibility of portraying a neurodivergent character.

“I knew that it was my job to show that people that are on the spectrum are just regular people, literally, just how we talk…they feel the same way, they have the same emotions, they wanna be loved, that want people to love, they want relationships they want, you know, connections…”

Billy Cranton, a.ka. the Blue Ranger, narrates thoughts out loud, reveals what most would deem to be deeply personal secrets during small talk, and sometimes chases tangents during conversation (when meeting Zordon, the powerful being who trains the Power Rangers, Billy introduces himself, then goes on about how he got his nickname).

But he’s also kind, loyal, effortlessly funny, takes people at face value, and is the empathetic glue that holds the Rangers together. He indirectly called the team together (the film alludes to this near its beginning, when Billy organizes his rainbow array of pencils by their color), he accidentally discovers the “Power Coins” (which give them their super-powers), and he’s the first to one to “morph” (summon his Power Ranger suit). 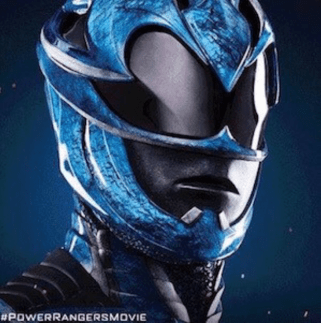 The original Billy Cranton (David Yost) is the archetypical “geek”. The new film manages to combine the original Blue Ranger and incorporate this interesting characteristic by portraying the new Billy as an “autistic savant”. Autistic savants possess heightened cognitive abilities in math, memory, visual art, and music. 2016 study in The Journal of Autism found a link between autism and divergent thinking, the cognitive component associated with creativity.

Billy’s specialty is technology. After meeting Jason (Dacre Montgomery), Billy helped him by reprogramming Jason’s house arrest ankle bracelet. He located the Zeo Crystal, a magical crystal buried deep in the earth, which that could destroy the world if placed in the wrong hands. The reason he was in detention with the rest of the crew in the first place was because he blew up his lunch box with a device he made at home. So the same autism that may cast Billy as the “odd” man out is the very quality that makes him a leader of the group.

Some fans who are nostalgic towards the canon may have wanted the African-American character to be the Black Ranger. The film pokes fun at itself for this change: Billy reveals that he loves country music, and also in an exchange between him and the Black Ranger named Zach (Ludi Lin). The group sees their power coins glow as they swim in the pool of secret cave, and Billy says blue is cool, but it “isn’t his favorite color” (may also be subliminal satire of him being African American male wearing blue, the color representing police). Zach exclaims “I’m black!” to which Billy replies “What? No, you’re not!”, which is both an instance where Billy’s autism made him take Zach’s claim literally, and a playful jab at the Black Ranger not being African American.

But making Billy an autistic savant and the Blue Ranger is a moment of both clear symbolism and ironic synchronicity. Blue is the color of Autism Awareness Month. The book Born On A Blue Day: Inside the Extraordinary Mind of an Autistic Savant is written by Daniel Tammet, a man with a severe autistic disorder who also has extraordinary mental abilities. Tammet sees numbers as shapes, colors, and textures, can recite over 20,000 digits of pi, do highly complex equations in his head, learn to speak new languages fluently within about a week, all while living a full independent life. Making the Blue Ranger autistic savants humanizes, turns a “weakness” into a strength, and making him African-American forefronts those communities who aren’t typically the face of autism.

But Billy’s character also sheds light on the problems many neurodivergent youth, particularly Black males, face in the education system: mislabeling and amplifying their social deviant behavior as an innate “badness” or troublemaking. This phenomenon is augmented by the stigmatization of blackness and black masculinity. So while Billy is a redeeming representation of black boys on the autistic spectrum, ones who excel despite stigmatization, he is also an example of them being disproportionately ushered into punitive systems instead of receiving the targeted resources and support they need.

Power Rangers deals with many other social issues surrounding gender and sexuality, bullying, terminal illness, being an outsider, and more. But for those with special needs, Billy being on the spectrum is a great step for diverse and inclusive representation in sci-fi hero movies. He shows audiences the full spectrum of humanity — not defined by inabilities (real or presumed), but rather, empowered by abilities.