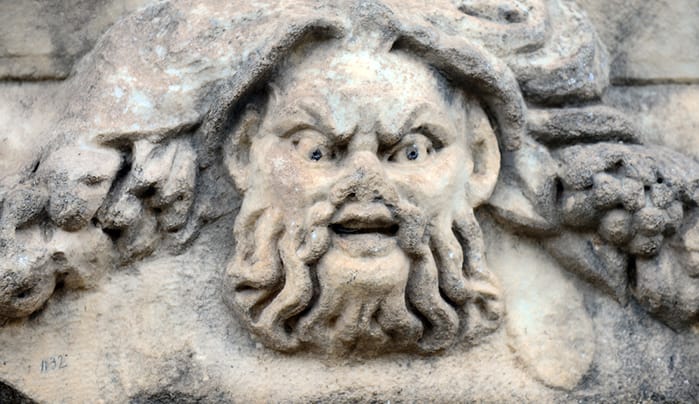 Some percentage of the “men’s voices” attacking the #GilletteAd is the work of troll farms, driving divisions. Many of the accounts I have seen attacking the ad on Twitter over the last few days have 30 followers and no histories.

A friend of mine, Natasha Stromberg of GenderBuzz tweeted this: “Be aware of trolls around the #GilletteAd. Just talk to the wonderful men in your own lives and trust that they ARE the change. Positive change IS happening for men & for women, and fortunately there are more of us who support it than don’t.”

This tweet from Natasha is the central thrust of my article, so you can stop here if you like.

We already know about Russian troll farms attacking the 2016 and 2018 U.S. elections, Brexit and the French elections and so on, driving targeted messages of bias and anger at millions of accounts in the US and overseas. These operations don’t stop just because there is no pending election. Why wouldn’t they seek to shore up political divisions around volatile public debates like those with the Gillette ad? And manhood is a particularly volatile space for sewing divisions. Those of us working in the manhood space have come to understand that radicalized masculinity dialogues are a gateway into white nationalist recruitment and so on. All which serves to create political instability.

And if you remain skeptical that foreign troll farms are working full time to tip the scale of our political and social landscape, how about this article at Slate?

From the article:
Forget the 2016 presidential election, Russia may have interfered in something far more serious: the discourse surrounding The Last Jedi, the Star Wars movie directed by Rian Johnson. A new study by researcher Morten Bay examines online discussion of the film and finds that on Twitter, the discourse was affected by “deliberate, organized political influence measures disguised as fan arguments,” including by possible Russian trolls.

In “Weaponizing the Haters: The Last Jedi and the strategic politicization of pop culture through social media manipulation,” Bay collected and analyzed tweets that directly addressed Johnson and were sent over a period of eight months, beginning with the day of the movie’s European release. Bay found that just 21.9 percent of the 967 tweets he examined were negative, suggesting that the movie may not be nearly as divisive as the backlash made it seem. More disturbingly, Bay also found that of that more than half of the negative tweets may have come from “bots, trolls/sock puppets or political activists using the debate to propagate political messages supporting extreme right-wing causes and the discrimination of gender, race or sexuality.”

Until we wake up and realize how deeply into our social fabric these foreign and domestic political agents are drilling down, they will continue to use social media to poison our perception of our politics, our culture and each other with a vengeance.

As early members of the Good Men Project writers community, we spent our days in the binary crossfire of the gender wars, responding to the comments of angry people, men and women alike. Many of us carry a form of PTSD, having been accused, attacked, and threatened by the most aggressive voices the net has to offer for years on end.

To this day, whenever I see a new comment on my posts, I reflexively steel myself for a possible onslaught. Writers for the GMP, especially women, often got burned out, drawing back from the public conversation about masculinity, because they could no longer take anonymous online abuse that often included threats of rape and assault against them or their families.

Fast forward to now. Things remain volatile. I am not without my own sins and my own expressions of frustration and anger. But while my expressions of rage have typically been spontaneous outbursts, generated in the back and forth heat of the moment, there is something new going on these days. Something much more calculated and manufactured.

As of the last couple of years, the GMP no longer allows open commenting. If you want to join the conversation, you have to become a member. You have to be an identified participant in the conversation. And… eureka, the nasty, abusive, threatening voices are gone. As if they never existed.

When I asked GMP publisher Lisa Hickey about the choice to end open commenting, she told me something interesting. She said that she no longer wanted to provide a platform where white supremacists could come and recruit. “They look for angry male voices in comment threads and then white nationalists reach out and say, ‘yes, you should be angry and here’s some other things you should be angry about,’” she said.

For me, this casts a new light on the angriest voices commenting on my own articles. When they call me a cuck, a traitor, a liberal pussy and what not, I raise my eyebrows, aware now that they either may be at risk for being recruited, or, depending on how the comments are worded, they may be baiting a hook for others.

Sometimes, I’m not sure what’s going on when someone is melting down online, but other times it is quite clear. This comment I am about to share with you, which arrived as a result of an article I wrote about mansplaining? This right here? This is boilerplate white racist recruitment.

I’m posting this person’s comments as a jpeg so it won’t come up in text searches. I will restrict myself to my comments here, not posting any pull quotes. But I am going to share this person’s words in this limited way. I think it is important for us to deconstruct how calculated performances of anger (right down to all caps) are used as a recruitment tool everywhere from our social media streams to our U. S. Senate hearings.

My article, the article they are responding to, never mentions white men. Not once. Nor do I mention privilege or structural inequality. But this author does.

My article explains how our culture of manhood trains boys and men into validating themselves via their competencies vs. their authentic selves. It does not mention racism, nor does it refer to men as nazis, rapists or killers. But this author does.
This author refers to non western countries, listing Asia, Africa and South America as places where people live in “dirt shacks.”
The author makes it a point to speak to and for all white western countries.

The author doesn’t acknowledge the theme of my article at all. It’s likely they didn’t read it. What they do is use what seems to me to be a boilerplate, angry, emotional message to deliver in a very calculated way, themes of white nationalism.

What we have here is a calculated performance of rage, designed to create the impression of a deeply personal emotional response while delivering talking points that are coldly calculated. This use of emotion to invite assimilation of political ideology is nothing new. We’ve seen it before. Always in totalitarian states. Always from tyrants. Here’s the screen grab of my commenter’s profile on Medium.
Sorry, buddy, I’m not sharing your profile name.

They have zero followers and are following no one. They had only two comments, one directed at me. Perhaps they came and started a new account just for little old me? This commenter is clearly advocating for the very issues which drove the the approval of Brexit, and current anti-immigrant feeling in the US, thus improving the likelihood that this voice could be associated with a foreign power who is seeking to destabilize western nations by stoking racist sentiments.

I have blocked this person from my Medium account. According to Medium “If you block the author of a response, it will not be linked from anywhere on your post, for anyone.”

Twitter says, “Tweets from blocked accounts will not appear in your timeline.” More importantly, when we block angry voices, we insure we won’t be tempted to respond, spreading them into our stream.

Facebook has plenty of tools for managing rageful voices. Hide is one of my favorites, block is even better.

The performance of male rage around issues of masculinity, gender and equality is tied to racist recruitment across social media. Racists are casting a net for those who might be susceptible to recruitment into white nationalism, their vulnerability fostered by uncertainty, anger and fear.

Along with the press and the larger media, we all have to be very mindful when rage and anger are being used in calculated ways to suppress more civil discourses or to co-opt the news cycle. We have to understand how abuse online is used to exhaust and deplete us. To get us to say, “oh the hell with it, I don’t want to challenge this stuff any more.”

Meanwhile, the next time you’re tempted to engage a troll on the internet, ask yourself, am I talking to a white nationalist recruiter? Am I talking to someone on a troll farm seeking to grow divisions between us?

We have to use our judgement in terms of who we engage and who be block. I spend a lot of time engaging on the net in an attempt to create a better conversation about manhood, but when someone comes at me with no interest in dialogue, clearly just performing rage and anger?

I take this position not because I’m obsessed with some conspiracy theory about trolls. I actually take it as a frame by which I to encourage us to not think ill of our fellow human beings. When someone posts something particularly cruel or nasty about something as seemingly hopeful as the Gillette Ad, and then I visualize a living breathing person who could be living a few blocks from me, it is deeply alarming. “What is WRONG with people?” I might ask. But when I visualize some operative at a troll farm working off a spread sheet of approved comments for the issue of the day, I feel much better. “Some of the online rage is just manufactured. It’s not a real human being. It’s fake.”

In this way we can resource ourselves and grow our sense that our fellow human beings are on the right side of history.

So, fake news? How about this. Fake rage. 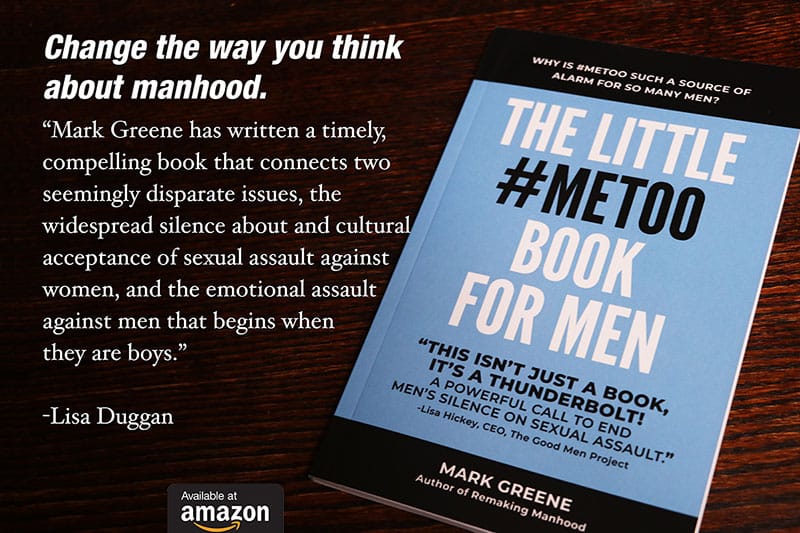 What We Saw: How Russian Bots and Trolls Tried to Break Our Democracy

Facebook134Tweet7PinEmailShares141
wpDiscuz
0
0
Would love your thoughts, please comment.x
()
x
| Reply
Share this ArticleLike this article? Email it to a friend!
Email sent!