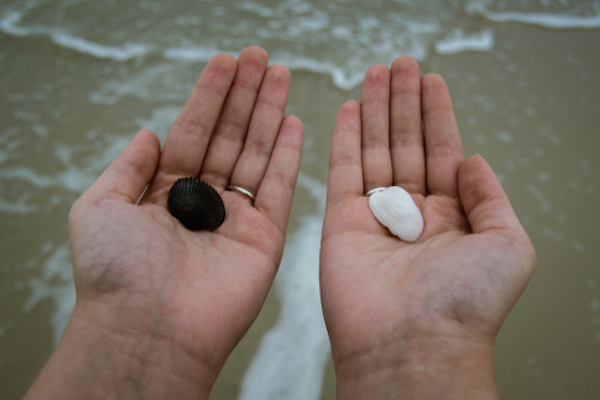 I grew up in a family without a lot of money. My parents were working class, Catholic, and had simple tastes. We lived in an apartment in a neighborhood in Silver Spring, Maryland. The neighborhood was a blend of many ethnic backgrounds and the elementary school reflected that. My earliest friends were Puerto Rican, African American and Caucasian. When my parents divorced, I moved to a suburb that was 20 miles away from Washington DC, and was almost entirely, caucasian. It was the neighborhood my mother chose because it was affordable. The move meant a new school for my three brothers and I. My new junior high school was walking distance from our house. Upon arriving at school that first day I noticed that the school had and equal blend of children were either Caucasian or African American. This was very similar to where I had moved from, so, at the time, nothing seemed different. Since I was starting a month after everybody else, I had to do that lonely walk with the guidance counselor to my first class. Awkwardly I said hello to the kids in the class and took a seat. Later that day, I met my first friend.

His name was Mike. He was brave, funny and instantly likable. We ate lunch together, and got to know each other quickly. Over lunch that first week, I informed him that two kids were messing with me one day when he noticed my mood was a bit down. He was waiting the next day to confront the two kids and that was the end of that. I was in awe of his courage.

I got to know other kids in the school slowly. On a day that Mike was homesick, I decided to sit with some of the kids from my science class. I got my hot lunch and left the cafeteria line to enter the cafeteria that I had entered the same way for weeks. As I looked for the kids from science class, something struck me that I had not noticed before. The African American students were sitting on the left side of the room together, and the Caucasian students were sitting on the right. It hadn’t occurred to me before that moment. Mike had always sat on the left. These new friends were on the right. I wondered why that was the reality.

As Mike and I got to know each other better and better, the first invitation for a sleepover was offered and accepted! I was headed to his house for the weekend. His house was not in the same neighborhood as mine, so we had to drive about 20 minutes. I had a great time that weekend and learned how Mike ended up, to my good fortune, in the same school as me.

As it turned out, my school was a school that was taking part in a busing program. This meant that kids from other neighborhoods that couldn’t walk to my school had to take the bus. These other neighborhoods were predominantly African American. As much as the school looked like my old school, there was a division in this school that was palpable. Only one indication of that division being the divided lunchroom.

At this point, in my early teens, I was shown a divided world. The division was around race. This was my first conscious experience of that division, and one I have never forgotten.

When high school happened, Mike went to a school close to his house, and I went to one close to mine. We remained very close, and there were periods over summers that we actually lived in the same home. To this day, we consider each other family.

As a tall, white, male, I live in a bubble that society has created for me, and I have allowed myself to be comforted by. When Barack Obama ran for president, I honestly, naively thought, that all of our ugly history and division would be put to bed. I thought, this country, my country, had evolved past the notion that the color of one’s skin is an indicator of capability.

Many years ago, I met my wife. She is brave, funny, and instantly likable. We have been married now for 15 years. We have three children. A day in our lives looks, I’m sure, like a day in most parents lives. We play when we can and we work around that play, living for the next moment of adventure. Periodically there will be an occurrence of the reality of race that will show up in our lives. Most of the time, it’s subtle, like a long stare, sometimes it’s less subtle, like my wife being followed around a store while she is shopping. My wife has brown skin. At first, I didn’t see the slight gestures by others. A side effect of privilege. And maybe, I didn’t really want to believe that people still acted like color mattered. Also, privilege. But it was obvious that people did. That is the reality that a person of color, like my wife, has to deal with every day in this country.

That is the privilege I have grown up with, and the one that has clouded my eyes. When I first heard the word “privilege” I thought it meant that you had lots of money. And I knew that I had not grown up like that. How could I have privilege? I heard a quote recently, that I explained privilege so well, that it shouted loudly to my core. “You have privilege, when you can choose not to be involved”. There it is. It is like a welcomed slap across my face. Not only am I white, but I am male. You throw in height, and in this country, I have “choices” that many do not have. And, at any moment, I could ignore racism if I choose. I could ignore misogyny if I choose.

My wife can not make that choice. The color of her skin, the most beautiful color in the world, is something she was born with. And she wouldn’t change it if she could. Like most children, our children are a perfect blend of the two of our physical appearances. Their skin is a blend as well. The reality is that my wife and children may be looked at by some, as “less than”. To me, that is completely unacceptable. And that is my privilege showing as well, because, in reality, it’s completely unacceptable that any person of color is considered “less than”.

I want to speak about it to others with privilege about it, but when I try, I get a hand held up. It is exhausting. Most think you are saying that they are wrong. About everything. And that is where the argument falls on deaf ears. How do we get people to understand that by no decision that they made, they were born giving them choices that others do not have?

The side effect of that privilege can be seen all over our society. Impoverished neighborhoods, disproportionate numbers of persons of color incarcerated, and schools that are not adequate for learning. And that is just part of the reality. None of those things is one particular person’s fault. It’s happened over time, when privilege has been ignored.

So, how do we get to a place where we can accept that there is privilege, and start fixing the damage it has caused? Maybe just one person at a time. But I hope it happens faster. I am asking for help with this. I’m not exactly sure how to get people to accept without blame, but I am putting it out there that we with privilege just need to start by saying, yes, I was born to privilege. Then we can start slowly by seeing where we might change our behaviors around that. The next time a person of color points out that they were discriminated against, don’t justify, minimize, or argue, just accept their story as the truth, and ask how you can help. Please reach out to me if you have constructive ideas on how to move forward. If you would like to reach out in a positive fashion and discuss where you may think I’m mistaken, I’d be willing to listen. But don’t reach out to hold on to your position or think me as too “politically correct”. That behavior has more than worn out it’s welcome.

—
This post was previously published on www.williamsonhouse.com and is republished here with permission from the author. 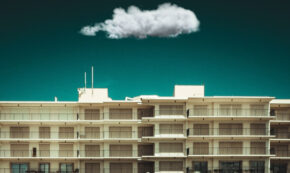 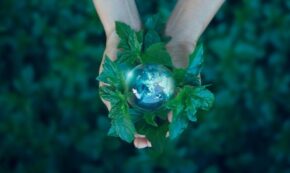 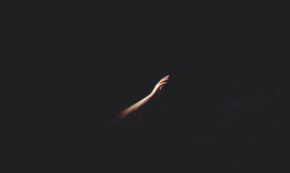 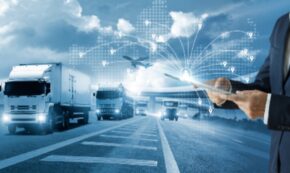 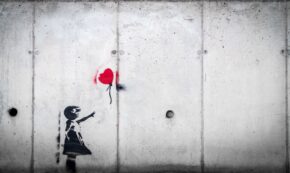 FacebookTweetPinEmailShares139
wpDiscuz
0
0
Would love your thoughts, please comment.x
()
x
| Reply
Share this ArticleLike this article? Email it to a friend!
Email sent!