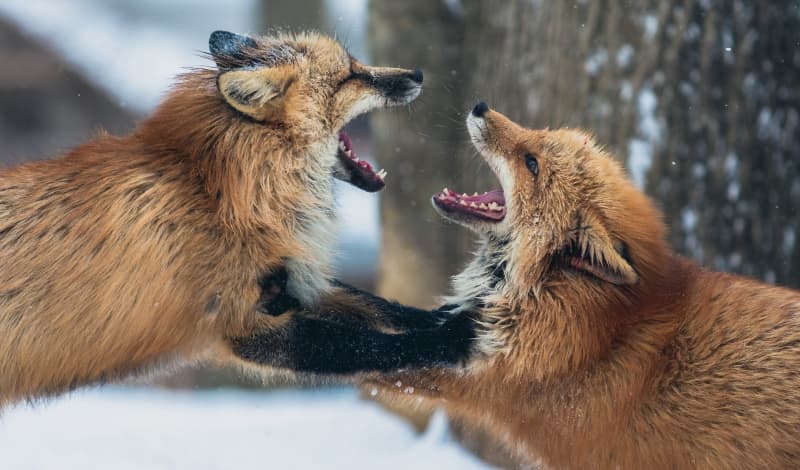 Ultimatums are threats, and no one respects a person who threatens them. They might fear them, or be wary. That isn’t true respect. I used to be the kind of guy who used ultimatums to get my way, but I’ve done a lot of growing since then.

When things aren’t going the way you want, it’s tempting to try to wrench reality into shape using force. And what is the result? The whole relationship getting bent and broken. Making demands is using emotional and mental force on a situation instead of finesse.

A heavy handed demand of “do this or else” backfires on the user time and time again. They might win that battle and then lose the war when everyone retreats from them. In personal relationships with friends, a lover or a spouse, do you really want the whole thing to be classified as a war? I prefer my friends to be allies, not enemies.

A Boundary is Not An Ultimatum

I used to confuse the two, but now I understand how to set healthy limits. I am in full support of boundaries in work relationships and personal ones. Here’s just a few boundaries I like to keep:

Since these are boundaries, I insist that the people in my life follow them. It’s not a “do it or else” scenario. It’s an “I expect to be treated fairly and if not, I will go elsewhere” scenario. I respect myself and anyone I am around needs to as well. And in return, I will do my best to respect your boundaries.

There are always situations at work where you need to set limits: “If I am going to be working overtime every weekend, I will ask them to find a way to put me back on my regular schedule or I’ll have to find a new job. I’m missing out on too much with the children.”

This is completely understandable, and a healthy approach to taking care of your needs. Hopefully you can find a way to balance the situation.

The harmful ultimatums I’m discussing here are negatively motivated, where the entire viewpoint is twisted into a selfish direction. There’s no give, just take.

Ultimatums Are a One Sided Viewpoint and Attack

When I was a supervisor in the construction industry, I had workers come to me with their ultimatums on occasion. I treated them like terrorists. Bow to one and you have to bow to them all.

There’s always room for discussion and maybe compromise. If one of the guys or a foreman came to me with a problem I was ready to see if we could accommodate. Need time off, or a switch from one position to another, or a promotion? Lets examine what’s going on and make some changes if we can.

Until you stomp in with a smirk or a frown and throw that ultimatum on the middle of the table with a thump. Then we are done talking, buddy. See that door over there? Don’t let it hit your ass on the way out.

The best example of this was a guy I’m going to call Dennis who was already written up twice for insubordination and conflicts with other workers. I smoothed things over for him before. I stuck up for him because he apologized each time and he was a hard worker. I liked Dennis, even though he had some rough edges that kept poking into other people.

Dennis was his own worst enemy. He was always worrying about how he was getting screwed over. But we were hired to do a job and we were getting paid to show up. We were all in the same boat. Everyone else was on board with working as a team and making the project a success, so we could get to the next one and keep working. Dennis was more worried about what was in it for him and him alone.

It was first thing in the morning and I was in the office about 15 minutes early. I didn’t even have time to get a cup of coffee before Dennis stormed in scowling. He threw that ultimatum down like a gauntlet.

“We have to do something about today’s work. This isn’t my job. I wasn’t hired to remove those coverings! I’m a pipe fitter not a janitor! I’m not doing it!”

I pointed out that we were the only tradesmen on the site, and that the company clearly stated it was in our work scope when we were hired. I also reminded him that we were 6 hours from civilization, so no one else was getting called to do it. All the other workers were ready and willing to take the few minutes per location to remove the coverings.

Dennis stuck to his guns. “ I’m not going to take them off. Get someone to go ahead of me and do it or I quit!” I asked him to reconsider and he refused. It wasn’t his job. I informed him that if he was unwilling to do the work he needed to leave.

He was surprised and amazed that his terrorism didn’t work. He was mad at me. There was more yelling and crude insults thrown my way. Things got heated. He would not back down.

This was where I had him escorted to the gate.

He had been sure his tactic would work. He needed this job. Work was hard to find right then. But Dennis had played the ultimatum card and used up all of the trust in one big shot.

Ultimatums Are The Atomic Bomb of Negotiation Tactics

As long as everyone is still sitting at the table discussing things, there’s a chance that we can come to an agreement. As soon as you jump up and say “Do this right now or I am cutting off communications!” you put everyone’s backs against the wall. It isn’t a fair thing to do. It’s a dirty tactic.

Ultimatums are the main tool of the Terrorist trade. They grab a hostage and tie them up, hood over their head. Then they contact the target of their “negotiations” and inform them that the hostage will be killed if the demands aren’t met. Most countries refuse to deal with terrorists or bow to ultimatums. Who would want to be lumped in with terrorists regarding the way they deal with issues?

Ultimatums Are a Learned Behavior

People see others doing it, and it might seem that they get results faster than they would if they were “being nice”. I bet they learned it when they were really young. I know I saw my dad using it against my mom and she buckled every time.

These behaviors are contagious, like any disease, and they spread.

When I got my first few jobs, I saw things a lot differently than I do now. I was like Dennis. It was all about me.

My mental software had me mulling over all the perceived bad things that were being done to me.

“Still only making __ an hour. I can’t believe this! I’m a hard worker. They need me. I’m going to force them to pay me more! I’m totally unappreciated around here.”

By boosting the hurt and the anger with more and more sour thoughts, you tie yourself in a knot of resentment.

Can you imagine this kind of anger, jealousy, even rage, transmuting into good outcomes?

A “do it or else!” attitude is a threat — plain and simple. Bringing this into a relationship proves you’re a dangerous unknown.

Sometimes you can win temporary concessions this way, but they come with resentment and fear. “You’ll be sorry if you don’t do this. If I can’t force you to do this my way, I’m leaving!”

You Can’t Have Empathy and Make Emotionally Charged Ultimatums

This is what my dad used to do to my mom. I feel terrible about it even now, after all this time. I can remember my mom in tears as she was forced to dump her own plans and dreams and do what her terrorist told her to do.

I hope you aren’t in that position. But imagine someone doing this to you. How does that make you feel inside? Would you ever want to make someone else go through that?

When a poker player goes on tilt and starts pushing all of his chips in, it’s quite often a sign that he stopped thinking rationally and is about to make some really dumb decisions, based completely on emotion. Other players might fear the all in, or they might look for signs of weakness… Ultimatums are like going all in. You give up all control — you’re on tilt.

This isn’t a strategy, it’s a tantrum.

Some parents let their children get away with tantrums, and other parents make them stand in the corner. Either way, acting like an out of control child is a big problem.

The relationship changes after an ultimatum is used. The trust is destroyed.

Looking back on the times that I tried to manipulate people with a tantrum, I’m not proud. I don’t do this anymore. Not only have I learned my lesson the hard way, but I removed the triggers the prompted me to pull this childish trick.

Have ultimatums been used against you? What’s your reaction? Do you try to use them on others? I’d love to hear your thoughts on this.

Tim Ebl has been a writer for Medium since December 2019.