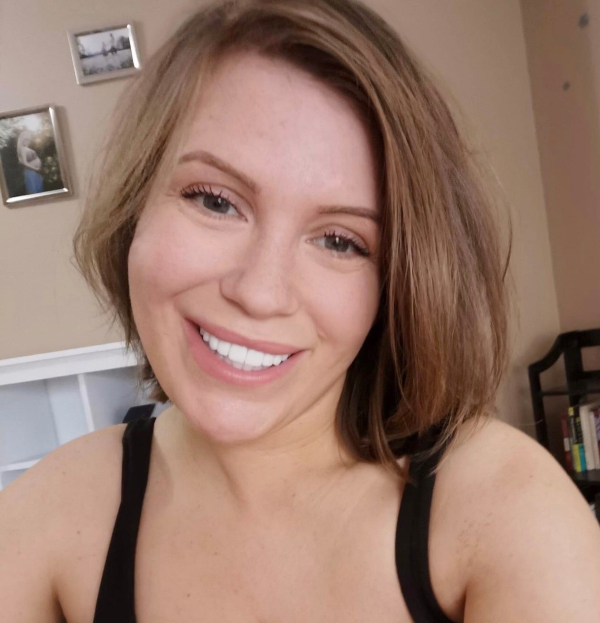 Rebekah Woods is a Canadian writer, settled on the coast with her spouse and beautiful toddler who fills the hours with challenges unequaled by the healing his life brings. Originally from Ontario, her father moved his family near a large Message Believer’s church when she was ten months old. Her siblings include five brothers and one sister. The struggle to sort memories on paper began in early 2012, but addiction held her back. Clean living away from illicit drugs started November 16, 2016, and continues this present day. She completed a memoir in February 2020. Now her goals are to publish her work, uplift others, publicly speak and build the role of Human Rights Activist. Woods is spiritual/agnostic. You can follow her blog www.rebekahcwoods.ca. Here we talk about men and women in The Message cult.

Scott Douglas Jacobsen: What is the origin story of men and women, of human beings, according to The Message of the late William Marion Branham?

Rebekah Woods: The first woman, Eve, seduced a Serpent and coaxed man to sin by her predisposed evil nature. God punishes her with painful childbirth. But life is a test, and the focus is not personal fulfillment or pleasure. Life revolves around the Voice of God on a tape recorder, reading the Bible and Message books, and attending Church three times a week. This is man’s opened gateway to Heaven. Life here is fleeting and his goal, Eternal life at the end of his devotion; the woman, too, if she is obedient and lucky.

Jacobsen: What are gender role expectations of women in The Message? Woods:  Branham scores women drivers, although this rule has slipped and women drive. He emphasizes her place is in the kitchen. It’s expected, demanded. She must raise children and submit.

Jacobsen: What are gender role expectations of men in The Message?

Woods:  That they work, provide, discipline, and direct.

Jacobsen: How much choice do women in The Message communities have in choice leading up to marriage?

Woods: She can’t marry if her devoted father disapproves. Should her father be an unbeliever, the Pastor decides. As in my mother’s case, the father’s influence on who to marry overrides their interest in someone else. And for her, thirty-one years of unthinkable violence ensued. She persevered until the very end.

Jacobsen: In marriage, what happens to the women? What are the kinds and levels of authority given to the men, the husbands, in marriage?

Woods: In some Message strains, the husband beats his wife the same as he would his own children. I lived with a family who followed such rules, and my mother attended a church in her earlier years where this was preached. Everything she does needs her husband’s approval.

Jacobsen: How are gay or lesbian marriages viewed in The Message communities?

Woods: They are met with disgust and ex-communication. My heart goes out to any LGBT crowd who lay silent in the Message. It’s not shocking when some leave and express their preference, as gossip amongst Message Believers calls out these individuals. On the surface, perhaps they’re subtly avoided. I guess it depends on how well they can hide that preference.

Jacobsen: When critiqued by modern women’s rights standards, how do the various churches bound by the common theology deflect criticism about the abuse or the reduction, or the ignoring of, the rights of women?

Woods: Women’s Lib ties in with the Devil’s urge for power. Women in the Message submit because in it they find security. Freedom is too frightening. Even with all the freedom, what can you do with limited confidence and education? How could they deal with a man tempted by the surrounding ‘naked’ female bodies? The Message is safe for women, from adultery and financial responsibility. This is not spoken in so many words, but it’s a general feeling.

Woods: All domestic work relies on the woman. I can only say what I’ve experienced. If my mom was too exhausted to discipline or if my father was, she instructed my brothers to beat each other.  Blood painted the walls. It was total chaos. Other times, my father beat my mother. There was no peace.

Jacobsen: What points of logic, science, and women’s rights repudiate Branham and The Message theology?

Woods: The fact that all human life is equal, simply said. Yes, we have a right to religion, but exclusively sexism, racism and abuse.

Jacobsen: Thank you for the opportunity and your time, Rebekah.

Woods: Once again, thank you, Scott.