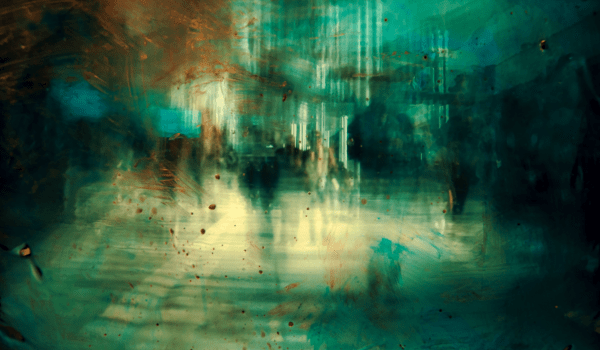 —
At a time when ecological destruction is more dire than ever, the work of protecting the planet depends on dreamers just as much as of scientists, activists, public officials and business leaders.

While it’s critical to wrestle power away from those who believe that corporate profits are all that matter, we won’t achieve a sustainable, just future without serious attention to imagining a different kind of world. That’s why it’s great to see artists playing an increasingly active role in the climate justice movement today.

What bold blueprints for a green planet will arise if we unleash the full power of our idealism and ingenuity? What visions of new ways to lead our lives would turn the public’s indifference about climate change into enthusiasm for building a society that is more sustainable and fair for all?

The focus for most people’s dreams would be the familiar places they love — neighborhoods, cities, suburbs, villages and countryside. Think what could happen if we declared these places commons, which belong to all of us and need to be improved for future generations. Citizens would stand up, lock arms with their neighbors and demand new political and economic directions for our society. They would open discussions with business leaders, government officials, scientists and design professionals on how to create resilient, equitable, greener communities. But the conversation wouldn’t stop there. We’d plan for less carbon and waste and poverty, but also for more fun and joy and conviviality–which are equally strategic goals.

The chief obstacle to taking action on climate change and global inequality is fear of the economic sacrifices involved for people who are relatively well off today. The decline in the West’s material consumption could be more than compensated for by a richer life filled more human connections and natural splendor.

We can look forward to a world with more congenial gathering places like parks, plazas, museums, playing fields, ice cream parlors and cafes—lots and lots of cafes. Millions of acres and hectares of pavement would be torn up and transformed into gardens, performance spaces, amusement parks and affordable housing. . Cities would be greener. Suburbs would be livelier. Rural communities would be more robust. You’d see folks of all ages, incomes, and ethnicities as well as social and political inclinations sharing the same spaces, talking with one another even if not always agreeing.

In short, the world would be a lot more interesting for everyone. I can’t think of many folks—from free market zealots to ardent political organizers, religious fundamentalists to confirmed hedonists—who wouldn’t jump at the chance to experience more pizzazz and spirit of community in their lives.

But the biggest change we’d see if the commons became the organizing principle of social, economic, and cultural life would be felt in our own hearts and imaginations. These days, most of us experience modern life as fragmented and alienating, which makes us retreat into ourselves as a defensive posture. We feel a growing sense of loneliness—quiet desperation in Thoreau’s phrase—that renders us passive and withdrawn at a time when it’s more important than ever to reach out.

Creating stronger, friendlier, more engaged communities is not a sideshow in the urgent cause of saving the planet. It is a central strategy. Because when people connect, roll up their sleeves and get down to work protecting the places they care about, any thing is possible. There’s a whole world of people out there ready to dream big and then put their dreams into action.

A version of this post was previously published on Onthecommons.org and is republished under a Creative Commons license CC BY-ND 3.0.
—