Get Daily Email
Join/Login CLOSE
Home / Featured Content / The Scooters Turn Out to Be Important! 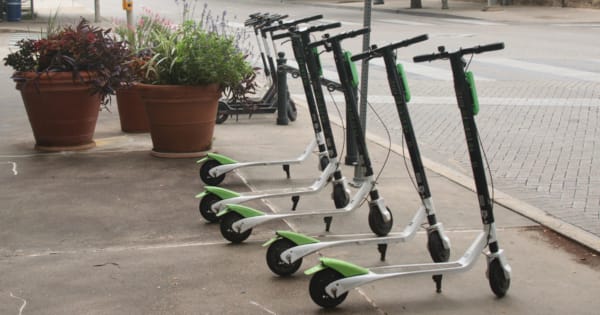 —
Data recently published by the National Association of City Transportation Officials (NACTO) reveal that shared electric scooters have become the true star of micro-mobility in cities : since the beginning of their popularization last year, they have become, with 38.5 million trips, in an option almost as popular as bicycles, and most importantly, they have contributed to practically doubling (45.8%) the number of trips using micro-mobility solutions. In many ways, the electric scooter is becoming one of the most obvious ways to solve the many problems of cities and even make them safer.

The NACTO report leaves no room for doubt: despite the restrictions imposed in many cities during the introduction phase, the scooters have greatly increased their popularity, and have managed to improve very clearly both the perception of micro-mobility and its level of use, very important at the time of reducing the dependence on the automobile. Offering the inhabitants of a city alternatives for their short journeys allows them to consider the possibility, in many cases, of replacing the private vehicle and opting for a combination of possibilities that, in many cases, can include public transport.

When making decisions about this type of alternatives in the cities, it is very important to study cases that began to offer them beforehand. The North American cities, in spite of having in most of the cases a path in which relatively long distances predominate and that was designed to a large extent around the automobile, are showing dynamics of use of vehicles such as shared bicycles (electric or not) and the enormously interesting scooters, despite having an accident rate somewhat superior to that of bicycles – in part probably due to the novelty of its use and the absence of clear planning that determines in which parts of the routes to use them. The possibilities in European cities with older paths, old hulls with narrow streets and usually shorter distances point to much more ambitious possibilities.

The images of scooters lying in the middle of the sidewalks hindering the passage of pedestrians are becoming, as was perfectly expected, in increasingly anecdotal as the culture of their use grows, and more and more companies of all sizes who seek your site in a market subject to a very high level of dynamism.

In the initial phases of adoption of any technology it is easy to listen to skeptics by underestimating their possible impact, ridiculing it or posing supposed problems for them completely impossible to solve that invalidate their possible use. With the experience of a year in cities that carried out their adoption, the electric scooter has managed to demonstrate that not only is not “a toy for children”, but also, can contribute significantly to develop much healthier mobility habits and more clean, and to generate a culture of more sustainable use. Achieving double the number of trips through micro mobility options is an important milestone, even more so in North American cities, and offers many possibilities in terms of urban planning. Those who considered the scooter as an anecdotal option,

With a minimum of political will to establish the right priorities, you can get very interesting benefits. Electric scooters, undoubtedly, will never be a universal solution for all audiences. But with the right elements of planning, they can become a very significant part of the solution to many of the problems in the rethinking of our cities.

This post was previously published on Enrique Dans and is republished here under a Creative Commons License.
—
RSVP for Environment Calls