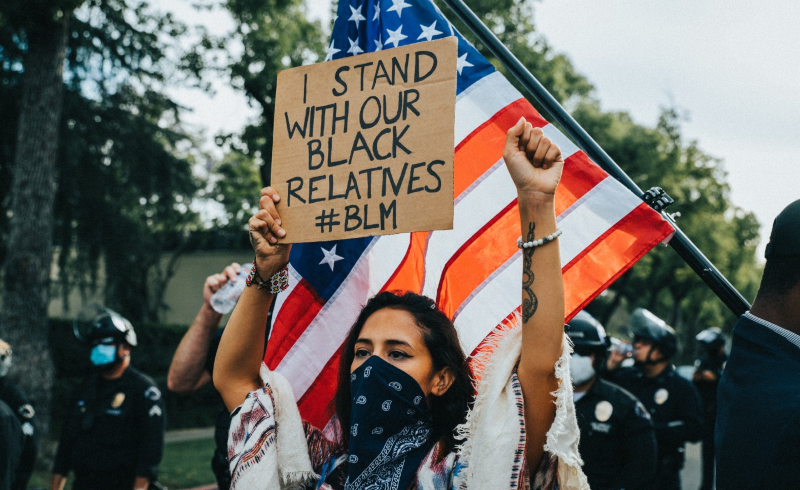 The murders of Ahmaud Arbery, Breonna Taylor, and George Floyd were the straws that broke the camel’s back. Following the death of George Floyd, hundreds of protests have been held in countries worldwide. Thousands of people participated in organized marches and demonstrations. Many shared stories and pictures on social media, and others started having difficult and also eye-opening conversations with family, friends, and even strangers.

The Dutch organization known as Kick Out Zwarte Piet started with organizing major protests in Amsterdam, The Hague, Rotterdam, and many other cities across the Netherlands. Before participating in the protest held in my hometown of Rotterdam, I was already posting and sharing stories online to raise awareness amongst my peers. My social media activity made me aware of the fact that some of my followers had chosen to stay silent on the matter. Some of them being friends of mine, and some of them Black or a person of color themselves.

Before I continue, I want to emphasize that what comes next is my personal belief, and I’m open to conversations with those who believe that my point of view is wrong.

I firmly believe that when someone isn’t sharing posts on social media regarding the matter (but is still posting stuff about their day-to-day and posting selfies), isn’t having conversations with people around them, when they don’t like any posts or aren’t showing support in any other way, then their silence to me means that they’re complicit, and hence part of the problem.

If you are neutral in situations of injustice, you have chosen the side of the oppressor.

The silence of people on online platforms brings me to the reason why I’m writing this article. This article is not to shame the people who have chosen to stay silent, that’s their decision. And even if I don’t agree with it, I do respect it. This article is to tell those who are not sure whether or not it’s acceptable to end relationships over not supporting the Black Lives Matter movement, that yet it’s okay to end relationships with people who don’t support the movement. It doesn’t matter if it’s because they’ve openly said so or because they have chosen to stay silent on the matter. If you feel like you want to walk away from someone because you’re under the impression that they don’t support the Black Lives Matter movement, then take stumbling on this article as a sign that it’s okay to end the relationship.

I believe that not-supporting or remaining silent means that you don’t support us Black people in our fight to acceptance and equality.

It’s been three weeks. People have had enough opportunity to speak up, to have conversations about what’s been going on, or to raise awareness. If they haven’t already, it’s because they don’t care enough to do so.

Check out this Black Lives Matter card for different ways to help.

If you believe in the work we are doing here at The Good Men Project and support our mission, please join us as a Premium Member.