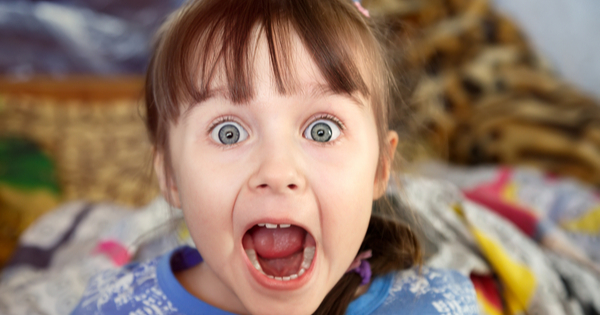 My last post was a happy one, a tale of father and daughter enjoying unexpected days together, laughing through school work and adventuring through the surrounding forests. I’d thought to follow it up with one about those hikes, about all the exercise we were getting and the conversations had when there is nothing but nature as a distraction. I never got around to it, all of my time spent either doing schoolwork or on those trails but there are tons of pictures to prove how much she was enjoying them.

Was enjoying them. It took a while, longer than I would have expected, but after nearly three months of post-pandemic life my daughter has now decided that she is utterly and completely sick of this shit.

She’s sick of walking in the woods, sick of fractions, sick of not seeing her posse in person and really sick of not being able to go anywhere. If I told her a group of her friends was down at the dog park picking up fresh poop she’d beg me to go. She’d trade anything in her room right now for the chance to walk into a gas station and pick something out from the candy rack. This was going to be the summer she was finally tall enough for the Superman ride at Six Flags, that she got a whole week of sleep away Girl Scout camp.  Softball season should already be underway and this weekend she should be having a ninth birthday party.

I get it. I get all of it, especially the fractions part. What was supposed to be a two-week pause to make sure our health system wasn’t overwhelmed has turned into a spring of Governors wielding power they were never supposed to have, millions of businesses closed, some forever, and unemployment in numbers not seen in almost a hundred years. The media and federal government have been next to useless, armed militiamen are shutting down state legislatures and being hailed as patriotic heroes and half of the country seems to think the whole thing is either a Democratic hoax to force mail-in voting, Illuminati trying to implant chips into us or fascist overlords that somehow benefit from everybody wearing masks. It’s madness.

It’s also really scary, something that maybe a lot of people who haven’t lost a loved one, live in a hard-hit area or work in healthcare don’t understand. I take X-rays, something that is a big part of the diagnosis of these patients and can tell you that even if I can’t explain why COVID chooses to attack some lungs and not others I can say that I haven’t seen anything like what it does to those it does destroy in the twenty-five years I’ve been doing this job. I can tell you that at its peak I was seeing patients that were transferred to us from over two hours away because our area wasn’t hit hard but others were no longer capable of caring for those that were coming to them. “Flattening the curve” wasn’t just a catchphrase used to take away your rights, it saved lives, a lot of them.

My job also gives me access to the hospitalization numbers, something that has been declining for the last 16 days, that aforementioned peak now passed. I think it’s absurd that camping is still not allowed, that Target is booming while the TJ Maxx next door remains closed. I think that it can be true that the shutdown was absolutely necessary and that there is also an overreach in power going on and it really annoys me that so many seem to think that it has to be one or the other, that these Facebook arguments by people on both sides with no idea of facts other than the ones spoon-fed to them by outlets that perpetuate their already preconceived notions are just deepening a divide just as dangerous to the future of this country than the coronavirus will be.

As of today, over 100,000 Americans have lost their lives.  That’s a lot of people and no matter what you might think about whether that number is inflated, under-reported, whatever, there are a lot of people grieving that loss right now and that’s worth taking a minute to think about before you bitch about whatever it is that you feel the need to bitch about right now.

Make no mistake, I’m not judging you. This sucks.

Today my state becomes the very last of the fifty to begin relaxing restrictions.  The Aquarium will be opening, as will zoos and a few other things. Not much, not nearly enough, but a start. Is it too soon, too late? Regardless of all the keyboard warriors who think that they do, nobody knows and when history looks back at this time it may never be clear what the correct decisions may have been. If nothing else maybe this will remind some people how important it is to have the right people making those decisions.

As for us, I’m about to drag this kid off of the couch and out for a bike ride. Restaurants are now open for outdoor dining and we both desperately need some new clothes but I think we are going to stick to ourselves for a little bit longer yet.

Facebook2Tweet1Pin1EmailShares4
wpDiscuz
0
0
Would love your thoughts, please comment.x
()
x
| Reply
Share this ArticleLike this article? Email it to a friend!
Email sent!