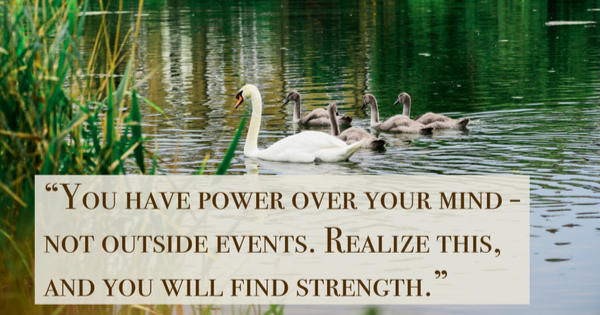 So, you’re living through a pandemic. What’s a modern man to do?

ou keep hearing about this Stoicism thing, but haven’t really delved too deeply into the subject. Now, the world seems to be going crazy around you, so it seems like a good time to revisit the topic. Yep, the global COVID-19 outbreak is an excellent excuse to explore a philosophy that’s supposed to boost your psychological fortitude. Who doesn’t want to remain calm during a crisis?

Your curiosity about Stoicism is a good thing. But let me give you a word of caution before you set out on your journey of discovery.

Beware of Cynicism and Intolerance Disguised as Stoicism

First of all, we need to separate Stoicism from ideologies trying to pass themselves off as Stoicism.

You’re no doubt going to encounter a lot of guys claiming they can teach you Stoicism. But take time to listen to how they frame the philosophy, and their mannerisms in general. You may notice the following:

•  They talk about the world as being an inherently negative, “bad,” or “evil” place, with the so-called Stoic having privileged insight into “how reality really works.”

•  They portray anyone who doesn’t adhere to their brand of Stoicism as inferior.

•  They claim Stoicism involves suppressing your emotions, maybe even going so far as to reject emotion as “weak.”

These are three huge red flags warning you that what you’re being taught is not Stoicism. Chances are good you’ve encountered an Internet “edge lord” with a fragile ego. This is a fellow man that should be pitied, because his bloated self-absorption most likely stems from anxiety and self-doubt. He might have been lured into the never-ending pursuit of unattainable “alpha male” perfection. Maybe he’s on the hamster wheel of the Cult of Machismo, chasing the shallow status symbols of empty sex with as many partners as possible, flashy possessions, and the pursuit of money.

If any of the above is the case, no wonder he’s anxious and trying to alleviate his insecurity and fear with a distorted version of Stoicism: the goals set for him to achieve “real man” status are unsustainable. It’s made him desperate for a comforting philosophy that puts him at the center of his own universe.

The bottom line? Don’t fall for what this guy is peddling! It’s bitterness and cynicism with the serial numbers filed off.

Use True Stoicism to Overcome Uncertainty

Now that you know what constitutes fake Stoicism, let’s turn to the real thing. It’s a versatile philosophy passed down to us by the likes of Zeno, Epictetus, and the Roman emperor Marcus Aurelius. You can check out the history of Stoicism’s development at your leisure, but let’s go over some essentials you need to know now and how they apply to thriving during pandemics and other uncertain times.

British philosopher Bertrand Russell wrote that Stoicism allows us “to be free from anger, envy, and jealousy,” among other negative emotions. But “free” doesn’t mean “without emotion.” In this context, it means “to be unimpeded by” emotional responses. We can keep our emotions from controlling us if we accept them rather than suppress them. If you let yourself feel your emotions in the moment and let them pass, that’s a natural flow. Once you acknowledge your feelings and their role in enriching life (positive) and protecting you (negative), you don’t have to obsess over them.

It’s natural to feel fear in the face of uncertainty. The worst thing you can do is berate yourself for feeling afraid. This will exhaust you and reduce your ability to address what is happening around you with a clear mind.

In any situation, you must determine what you can and cannot control. In many instances, you can’t exert much control over external events. The Stoics preached acknowledgment of the circumstances we cannot control. Once you release that burden, you’re able to focus on what you can control: your reaction to your circumstances. During a pandemic, you can take many precautions to preserve your health as well as that of others: wash your hands often, cover up coughs and sneezes, stay home if you’re sick. Prepare yourself to adapt to uncertainties in the wider world, but don’t chronically worry about them.

The Stoics didn’t espouse indifference to our own emotions, nor did they advocate a lack of empathy for others. Rather, the Stoic was supposed to inspire others with their calm and resilience. In fact, their efforts as cultivating logic and calm in the face of struggle were geared toward “eudaimonia,” or well-being, which they believed every human being could achieve if they followed Stoic teachings. Seeking to make the world around you better through acts of altruism is utterly logical. So, don’t hoard toilet paper or other essentials, thinking only of yourself. Work to ensure others are taken care of as well. It will make things better for you as well.

All of the above must be put into regular practice. You won’t master the aspects of Stoicism overnight. You have to make a commitment to practicing the philosophy in daily life. You will never have perfect execution of Stoicism, but over time you’ll develop a resilient habit. In our imperfect existence here on Earth, sometimes permanent is everything.

Facebook110Tweet4Pin3EmailShares117
wpDiscuz
0
0
Would love your thoughts, please comment.x
()
x
| Reply
Share this ArticleLike this article? Email it to a friend!
Email sent!