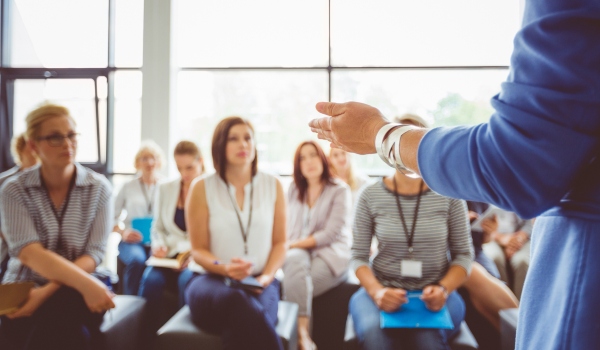 Why are there so few women in highly paid careers as chief executives and, more generally, in finance, business, science, technology, engineering and mathematics? Analysing Danish data on young people whose educational and professional lives have been tracked over two decades since they started high school, this research suggests that part of the reason lies in restrictive bundling of courses, which deters talented young women from acquiring advanced mathematical skills. Changing the learning environment and designing the curriculum to identify and foster young women with high mathematical abilities would attract more of them and help to reduce the gender pay gap.

The university gender gap has been reversed in many countries in recent years, with greater participation among young women than among young men. Yet women remain underrepresented in high-powered and highly paid careers as chief executives and, more generally, in finance and business, and in science, technology, engineering and mathematics (STEM) fields.

Our research assesses three potential explanations for this inequality:

The answers to these questions are: no, no, and yes! In particular, we show that restrictive course bundling in high school constitutes a barrier for the mathematical talents of young women.

Why have these questions not already been answered? Gender differences in mathematics qualifications may explain a substantial part of the gender gaps in earnings and career outcomes, because the positive causal impact of advanced mathematics on earnings is sizeable (Altonji, 1995; Rose and Betts, 2004; Joensen and Nielsen, 2009; Falch et al, 2014; Cortes et al, 2014). Several studies (Paglin and Rufolo, 1990; Rose and Betts, 2004; Goldin et al, 2006; Altonji et al, 2012) touch on the link between the lack of mathematics qualifications among women and the gender wage gap.

Goldin et al (2006) also argue that better preparedness for university among young women – including completion of advanced mathematics and science courses in high school – is an important factor in the reversal from male-dominated universities to female-dominated ones in the United States.

How do we answer these questions? We analyse Danish administrative data for three cohorts of high school students whose education and labour market careers have been followed for 21 years after they started high school in 1984-86.

The study is based on a pilot scheme that unexpectedly and randomly allowed for a more flexible combination of advanced mathematics with other courses. Advanced mathematics teaches the students more advanced algebra and geometry compared with intermediate high school mathematics. It is also a prerequisite for entering most STEM fields at university.

But this additional option had a substantial impact on the choices of students at schools that adopted the pilot scheme. Only one out of ten young women chose advanced mathematics before the pilot scheme, but this fraction doubled after it was introduced. The fraction also increased for young men: from four out of ten to half choosing mathematics.

Why would the advanced mathematics-chemistry option affect choice? In choosing what to study, students balance monetary and non-monetary benefits of particular courses against the costs. Both the benefits (higher wages, more desirable work, more options in higher education) and the costs (more effort, less appealing subject matter) depend on the ability and preferences of the student.

But benefits and costs are also affected by how courses are bundled together. We think of the advanced mathematics-chemistry option as lowering the costs of advanced mathematics. Viewed in this way, the pilot scheme resembles an experiment in which it is random whether a student unexpectedly gets the option to choose mathematics at a lower cost.

Our research conducts detailed validity checks of the assignment of the low cost mathematics pilot scheme. In essence, we show that prior students at the schools adopting the pilot scheme were not more prone to choose advanced mathematics and the student body at these schools did not have systematically different socio-economic and parental backgrounds.

The benefits of studying advanced mathematics

Our analysis indicates that young women at the top of the distribution of mathematical ability and young men at the middle of the distribution took more mathematics because of the cost reduction. These advanced mathematics qualifications provided the basis for more successful careers: almost 40% higher earnings on average. As Figure 1 shows, the average earnings gains were at least as high for women as for men.

Figure 1: Effects of having studied mathematics on earnings of marginal students 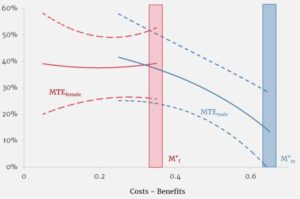 The farther to the left in Figure 1, the higher are unobserved costs relative to benefits and the higher earnings it takes to induce the individual to choose mathematics. The vertical axis displays the causal impact of advanced mathematics on earnings 12-21 years after high school entry (in percentage terms). The dark red lines display the figures for women, while the light blue lines display the figures for men. The shaded bars highlight those who would be at the margin of choosing advanced mathematics if costs were reduced even further.

The fact that earnings gains are equal across genders for individuals with identical latent ability indicates that there is no gender discrimination in the labour market as to rewarding individuals with similar mathematical ability equally for their advanced mathematics qualifications. This also indicates that the underlying mathematical ability distribution is equal, at least around the top decile of the distribution.

What if costs were to be reduced even more? The shaded areas in Figure 1 show the students who would be at the margin of choosing mathematics if costs were to be reduced further. The figure reveals that the earnings benefits for the marginal young women are substantial when only 20% of them take mathematics, whereas the benefits for the marginal young men are not significantly different from zero when half of them already take mathematics.

Our results suggest that this mathematical talent can be retrieved by allowing for even more flexible bundling of courses in high school curricula. For example, one could allow advanced mathematics to be bundled with other advanced science courses that appeal more to young women.

How and why mathematics boosts earnings

Why does studying advanced mathematics provide such a large income boost to high ability women? We find that they end up performing better in the education system, because it leads more of them to complete Master’s and PhD degrees instead of two- and four-year university degrees.

But the fact that advanced mathematics makes women drift away from the humanities subjects where they have been traditionally focused towards highly paid education in health and technical sciences also indicates that qualifications, preferences, self-confidence or self-perception may be affected by succeeding in advanced mathematics in high school. We even find that women become more likely to work in more competitive career tracks in the private sector and more likely to become chief executives.

The high earnings gains thus reflect the fact that high ability women switch towards more advanced and more mathematics-intensive fields at university. They also embark on more competitive career tracks, and subsequently climb higher up the earnings distribution and also, to some extent, the corporate hierarchy.

How to identify, attract and foster talent

The reasons why someone chooses mathematics or not are complex, but we believe that our conclusions generalize to populations where substantially more men than women choose the most mathematics-intensive university majors and careers.

This includes most West European countries and the United States. For example, the Netherlands and Sweden have high school tracking similar to the period we study in Denmark, while there is more freedom to choose and combine courses in US high schools and A-levels in the UK.

In 1988, following the period we study, there was a major reform of the Danish high school that broke up the course bundling and gave students as good as free course choice. This implied a further increase in students choosing advanced mathematics.

The proportion of young women with advanced mathematics and science stabilized at around 8% for the cohorts entering high school during the following ten years. Over the same period, the gradual decline continued for young men such that only half as many of them (22%) chose mathematics and science in 2000 compared with 1984-87.

The gender gap in advanced mathematics and science skills fell by 57% over this 20-year period when restrictive course bundling was gradually loosened throughout the pilot period that we study and then abolished by the major reform: from a 31 percentage point difference in 1980 to a 13 percentage point difference in 2000. This suggests that restrictive course bundling matters for the gender gap, but it does not explain it fully.

Many studies hint at cultural differences across countries, across US states, across education systems and across individual schools as important explanations for the gender gap in mathematics qualifications (Andreescu et al, 2008; Guiso et al, 2008; Bedard and Cho, 2010; Ellison and Swanson, 2010; Fryer and Levitt, 2010; Pope and Sydnor, 2010).

Our results suggest that neither lack of mathematical abilities nor labour market rewards discourage young women from taking advanced mathematics courses. Instead, it seems that access is deterred in part by too restrictive bundling of courses. This suggests there is a lost pool of mathematical talent among high ability young women that may be accessed by changing the costs embedded in the educational environment and the institutional set-up of mathematics teaching.

This may even be beneficial for the economy as a whole as identifying, attracting and fostering the most talented people to succeed in STEM careers could increase innovation, productivity and economic growth.

Why do talented young women shy away from advanced mathematics despite the economic benefits being so high? Our study provides hard evidence on one aspect of cost in the educational environment, which may be a barrier to attracting the most talented people and helping them to achieve their maximum potential. It also highlights that much more research is needed on how to identify, attract and foster this lost pool of talent.

Previously published on microeconomicinsights.org and is republished here under a Creative Commons license.
— 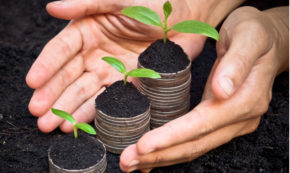 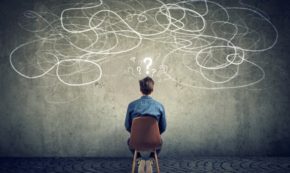 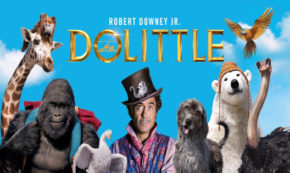 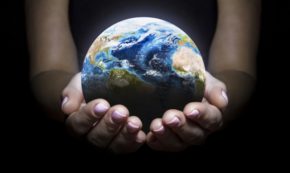 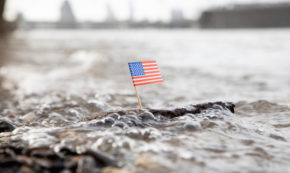