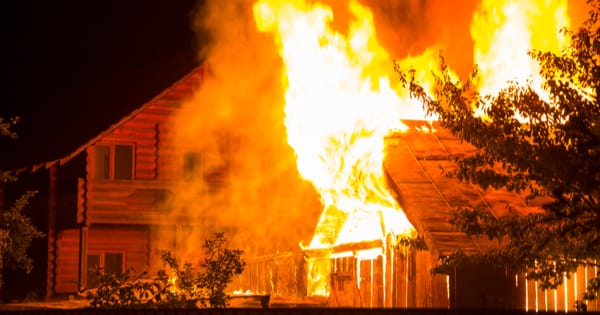 In July of 2017, my brother Eddie died in a house fire. Numb and in shock, I’ll never forget that phone call from my parents, nor the week that followed.

Outside of Eddie’s death, we had no idea regarding the condition of his remains. Was my brother burned beyond recognition, his body preserved, or somewhere in between? Since it was a Sunday, offices and agencies were closed with no one to tell us.

Later that day, news of the fire had been published online. As information surfaced, the site would update the story. By Sunday night, there was still no mention of my brother’s name or that he had perished.

As a family, we needed downtime to grieve and to find a funeral home. We also wanted the facts before contacting friends and relatives.

Come Monday, we still hadn’t seen Eddie’s body, knew the condition, nor when it might be released. Messages had been left with a police detective handling the investigation and the coroner’s office while we contacted funeral homes.

By late Monday morning (what would have been my brother’s 52nd birthday), the coroner’s office returned our call. They also told us Eddie’s body was fully intact.

A deep relief when you discover your brother didn’t suffer. Outside the radiant heat burns, no flames had touched his body. The official cause of death was smoke inhalation.

On Monday afternoon, we secured a funeral home and met with the director to finalize my brother’s service. By then, news of the fire had been updated online. The article named Eddie, revealed he had passed away and lived alone.

That’s when people began posting on Facebook about the fire and my brother’s death. My sister’s Facebook app kept us in the know.

With each update, my sister grew more and more anxious. This isn’t the way we wanted people finding out.

I could give a duck’s rump about the Joe Schmoes on Facebook. The people I cared about were my cousins and close friends. Relations needed to be notified by us, not through a Facebook feed — exactly what I feared.

Online information is shared and passed along in real-time.

Despite the questionable taste, it’s the new way of life. And there’s no policing body to discriminate what type of info is shareable, nor who owns that information. Once released, it’s fair game.

I wished people would have practiced more tact until they heard from us. But that isn’t how it works online — not with social media. Gone are the days of dealing with death, when families controlled the agenda and flow of sensitive information.

“Why are they talking about this without contacting me? What’s wrong with these people?” My stressed-out sister pleaded aloud.

Consumed by the platform’s culture, users continued sharing the story. I knew these people didn’t mean any harm, but their actions seemed insensitive.

From the inner circle, it felt invasive. Dealing with sudden death requires a certain time capsule for mourning. It’s also an opportunity to collect ourselves before sharing this unfortunate news.

Then it’s up to us to comfort others. Families need this bubble to muster strength and to move forward — essential steps in the grieving process.

Social media rushed our timeline and threatened our boundaries.

Our mourning window went from a comfort zone to a gossip session. As if my family were hiding something and we were outed. Meanwhile, we still hadn’t seen my brother’s body nor was it released by the coroner’s office to the funeral home.

The whole thing seemed odd and surreal. The combination of coming to grips with my brother’s death, while processing the tragedy and our own emotions.

As a family, we were reeling. This week would be the most difficult days we ever faced. As if this weren’t enough, there was a discussion on Facebook threatening our privacy.

Loved ones were reluctant to contact us, respecting that privacy while fearing the worst. The ones too busy to pause and think, kept posting away on Facebook.

By Monday evening, cable TV stations had named my brother. So did CBS 2 in New York City and news radio. Online, NJ.com and the Associated Press both ran the story.

By Tuesday, things improved. Everyone had been contacted as tributes poured in on Facebook. I also received a number of heartfelt, supportive, and inspiring DM’s.

People who had heard my brother’s name over the radio, mentioned on television, or read about it online began reaching out. The ones too occupied to commiserate on social media that Monday, stepped up to save the day on Tuesday.

Many were heartbroken and shared my family’s anguish. Eddie’s friends posted tributes on their Facebook pages. They all spoke lovingly about my brother and their friendships since childhood. I’ll treasure the comments left on those feeds forever.

Social media is at the forefront of a changing world with new rules. A playing field where all of us face the possibility of intrusion and indifferent protocol.

In all fairness to Facebook, the good far outweighed the bad. Maybe we were lucky. Had this online distraction happened earlier in our grieving process, it could have caused a bigger nuisance.

My fear is that social media could hurt others by disrupting the stages of their bereavement period. Grief is serious business that requires time, space, and respect. An organic process that can’t be rushed, abbreviated, or condensed.

Gone are the days of privacy and personal timelines. For better or for worse, it’s where we are and the way it is.

Phil's a writer and actor from northern New Jersey. His fiction has been long and shortlisted while appearing in various webzines and anthologies. Phil's nonfiction is on Medium.com where he contributes to various publications and has been featured by site curators. He also performs as a Film/TV extra and day player.

Facebook14Tweet2PinEmailShares16
wpDiscuz
Share this ArticleLike this article? Email it to a friend!
Email sent!