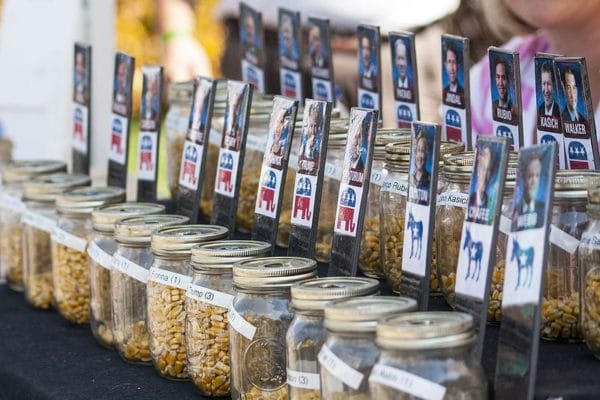 It’s easy to overlook Howard County on a map, just a small near perfect square of land wedged into the northeast corner of Iowa, fifty miles south along Route 63 from Rochester, Minnesota. There is bountiful beautiful countryside, with sprawling grasslands, ponds, and a few small quaint country towns in it. Howard County looks and feels much like any rural county across the United States but it’s far from it. Here, the disheartening can be quantified in numbers, numbers that can be understood by many, but felt by very few.

In The Great Transformation, published in 1944, Karl Polanyi wrote, “No private suffering, no restriction of sovereignty, was deemed too great a sacrifice for the recovery of monetary integrity” a statement that has waxed and waned in truth especially in the last decade and a half. We, as a country, a state, community or person, occasionally get into financial trouble and what we want more than anything is to feel stable again. The cost of this stability is often overlooked because the uneasy feeling of financial discomfort is unlike any other. According to the American Psychological Association, the number one cause of stress in America is financial concerns.

But there are other ways to feel the burdens of stress besides a depleted bank account. Abandonment can also stir up buried feelings of despair that you may not have even known were there. According to the Census Bureau, Howard County Iowa hasn’t seen much growth over the last few decades. Neither has any of the surrounding counties either. Most of them have seen gentle but continuous drops in population. It leveled off in the 80’s and 90’s but started dropping again into 2010 and has continued to drop. With it came drops in jobs and the general economy since the 1970’s.

Searching for “Change”, Howard county turned out to vote for President Obama in 2008 and in 2012. But they didn’t feel the change they wanted as the Democratic party that was supposed to represent the working class started to embrace market power too much and sided with giant corporations, allowing themselves to be easily wooed by lobbyists. The change wasn’t in the way things were being run at a national government level, but rather how people living in small-town America were starting to feel. Resentment accumulated like the clouds of a storm.

As with most things remembered, times had been better in previous generations and Howard County and the surrounding counties felt it deep in their hearts. They wanted guaranteed jobs that would make a good reason for people to stick around, keeping the towns full and busy and make the local businesses thrive. They needed things to be “Great Again”. More and more individuals already felt disheartened, feeling the weight of emptiness and wishing for a time that was as lush and gorgeous as the land surrounding them. Emotions grew and the storm finally came. In 2016, Howard County was the epicenter for a feeling that swept through many counties across the United States, securing a Republican candidate as president of the United States.

The 2016 presidential election brought a forty-two-point flip from Democratic in 2012 to Republican in 2016 to Howard County Iowa and one of the largest turnarounds in the country by far. Surrounding Howard county were dozens of other counties with similar point flips, stretching into Minnesota, Illinois, and Wisconsin. Coinciding in these areas was a reduction in population, job growth, and economy. The storm was much bigger than expected, the eye hovering over Howard county, an area that didn’t see the big sweeping Trump rallies or heavy door to door campaigning, but didn’t have to. The residents were feeling they needed the change from “Change”, to make things right, as they were once “Again”.

It’s easy to look this county over on a map. It’s a small square of space in the middle of the country that seems not to have a meaningful impact on someone living in a large coastal city. If you’re a Trump resister than you probably assume Howard county to be a place you would never want to visit.

But the disheartening of America can’t be washed over so easily. Quiet counties like this one feel just as connected emotionally to this massive country as the folks who currently feel disheartened in larger cities, the ones who didn’t necessarily feel this way prior to 2016. What both groups of people have in common is that the disheartening is real and will continue because the problems aren’t necessarily who is in charge, but who isn’t.