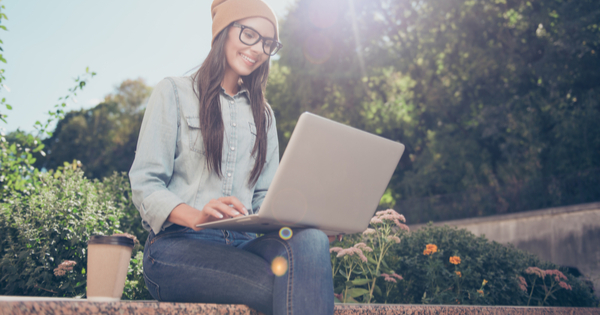 I was shooting an interview for Author magazine with a prolific urban fantasy writer in 2017. If you’re not familiar, urban fantasy is a genre of fiction set in modern cities but whose protagonists battle demons and vampires and werewolves. Sometimes those protagonists have magic themselves, sometimes not, but they are always fierce and independent.

The fandom for urban fantasy is passionate and communicative. Its authors often enjoy a lively back and forth with their readers on social media, message boards, and through email. These readers identify with the heroes and heroines and sometimes write fan fiction in which they themselves become the love interest of their favorite demon hunter. They are also young and surprisingly politically aware. For instance, most of the authors, readers, and protagonists are women, and though the heroines may be dwelling in a fantasy world of spirits and magic, their courage and strength are seen as an expression of women’s empowerment.

At the time, however, this author had been getting some backlash on social media. This was shortly after Donald Trump was elected, and certain readers wanted to know how she could write these escapist fantasies when real life seemed so dire. Shouldn’t she be doing something more important? Weren’t these books just another example of people ignoring reality, and wasn’t that how we ended up where we were?

The criticism stung the writer, which surprised me a little. This is a woman who’d been writing all of her adult life. She actually put herself through college writing romance fiction. Though I don’t read urban fantasy, I had nothing but admiration for her work ethic and ability to fashion a successful career from her lifelong passions. Yet she could not easily ignore these comments. She was politically aware herself, and did not like seeing her work as a part of “the problem.”

In my opinion, her grouchy readers had it exactly backward. I believe this author was not part of the problem but was actually an example of the solution. Not that her books were likely to help curb his authoritarian impulses or protect Dreamers, nor awaken people to the systemic problems that led to his election in the first place. In fact, because the interview was arranged on such short notice, I never read a single word of anything she’d written. Her books had nothing to do with the solution.

All that mattered is that she loved writing them. If you are doing what you love, you are no one’s problem. If you’re doing what you love, there is no problem. The only problem I’ve ever truly known is not doing what I love because I think I can’t or I shouldn’t or because I haven’t taken the time to find out what I actually love doing. When I think I can’t or shouldn’t or don’t know my life is nothing but a problem. I have to do something, after all. I’m always doing something. You can’t really do nothing. Even sitting in a chair staring into space is a thing you can do. There’s no such thing as nothing.

All that doing is living, and I’m always living, and if all the time I’m living I’m thinking, “This is boring,” or, “Why do I have to do this?” or, “Life’s unfair,” or, “How come I never get what I want?” maybe I’d vote for a guy who said he’d burn everything down and start from scratch. Maybe burning my whole life down doesn’t seem so bad since I don’t much like any of it.

I started interviewing those author twelve years ago not because I wanted to learn about how to be a writer, but simply to have the opportunity to sit in the same room with someone who was having success doing something they loved to do. I wanted to be reminded it was possible. I wanted to see thriving in the flesh, see the actual human experience of it, not the light and shadow dreamworld of success. I wanted to see it as something ordinary and attainable.

And it is ordinary and attainable, but because of fear, and the brutal, ancient belief that survival is more important than pleasure, many, many people spend most of their hours doing what they don’t love. For most of these people, it’s not even a question they ask themselves, “What would I most love to do?” I get it. Yet every time I see someone whose work and passions align, they are like a light by which anyone’s life could be led. Light the fire within yourself, and you will spend your days building and not burning.

FacebookTweetPinEmailShares64
We use cookies on our website to give you the most relevant experience by remembering your preferences and repeat visits. By clicking “Accept”, you consent to the use of ALL the cookies.
Do not sell my personal information.
Cookie SettingsAccept
Manage consent