Get Daily Email
Join/Login CLOSE
Home / Featured Content / The Cat, the Dog, and the Headless Bunny 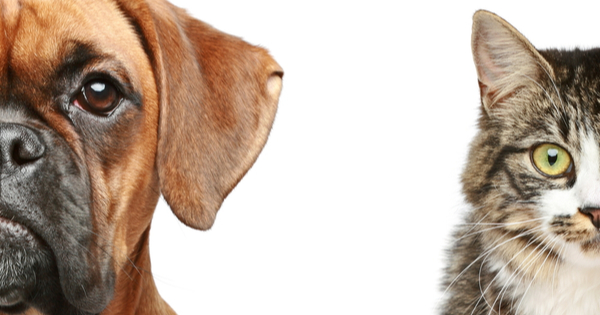 It’s three a.m.  The 12-week old puppy sits at the open back door.  His face serious.  His mind focused.

I stand behind him with my brow furrowed and my thoughts racing.  What the hell is that? I ask myself.  The cat stands just a pace away from the opened door.  He looks to the dog, then to me, then to the dog again.  My mind makes the connection finally to the furry lump that the cat is holding in his mouth.  A headless bunny.

We all three stand like this for an eternity. It’s a standoff straight from The Good, The Bad, and The Ugly. The tension is thick with each one of us waiting for the other to make the first move.  We watch for the smallest twitch; the slightest change in facial expressions.  We wait as the living room clock ticks louder than it ever has before.  The cat’s eyes squint and the tension is broken.  It’s the puppy that moves first, and once that happens, it’s chaos.  The puppy lunges and misses as the cat darts under my open robe.  The chase is on.

I suppose that this was always going to happen.  The cat is six months old and is getting his first real taste of the outside world.  Through the winter he grew and looked out the window.  The kids begged for a cat, and I eventually gave in.  I am the classic dad that didn’t want the cat, and now I love the cat.  He is my cat.

And it was the same with the puppy.  Life has been so complicated throughout the last year.  I can’t handle one more thing to take care of I thought to myself.  But eventually, I noticed that there was something missing from my home.  A certain level of happiness that I had always had.  As the cat would snuggle on my chest purring, I knew that getting a dog was just a matter of time.  The family needed that.  I needed that.  But as the dog chased the cat, and as I chased them both, perhaps I didn’t consider that this is part of the deal.

The puppy is a boxer and is all paws.  He clomps and stomps as he follows the cat into the kitchen, the dead headless bunny still hanging from his jaws.  Up onto the counter the cat goes as I whisper scream “no!” as to not wake the family.  A plastic cup falls and bangs off the dog’s head.

The dog leaps and the cat tightropes between dirty dishes and dashes to the dining room.  I’m trying to grab the cat because I can’t have that thing in my house.  It’s morbid.  However, the cat would disagree.  It is a present and he is going to bring it to his favorite person:  My 15-year-old very much asleep daughter.

The dog and I are both close to the cat but as the dog is a puppy, his skills aren’t very good at the moment.  He takes a swipe and misses the cat and instead grabs on to my robe which is open and flapping.  “Off!” I say to him.  “Get off!”  But the dog is taken by the play lust and pulls.  I relax my arms and let the robe fall to the ground.  Naked, I continue after the cat who has made it to the living room.

It occurs to me, as the puppy tries to take a corner and slides on the hardwood floor and whacks into the wall, that we are running around like the Three Stooges.  Larry, Curly, and Moe creating havoc where ever we go.  All I need is someone to poke me in the eyes, which the cat would 100% do if given the chance at the moment.

In the living room, the cat shows us both what grace is as he bounds from my chair to the back of the couch.  The puppy jumps and gets a face smack from the cat for his effort.  He falls to the floor, jumps up, and now he is barking.  If the cat could laugh, he would.  I move to head the cat off from the stairs, as I know that is where he is eventually going.  The puppy sees me move fast and starts biting my feet for some reason. Honestly, I have no idea why.

When I’m distracted, the cat makes a move for the stairs.  Just inches from my grasp, he twists and is up the stairs.  Like a thundering herd of elephants, I head after him.  The puppy is still barking.  The cat makes it to my daughter’s door.

My daughter hasn’t seen The Godfather yet, but she is about to get to experience a version of that most famous scene.  Except it will be reversed, a headless corpse and an offer that she can’t refuse.  I imagine that she will somehow blame me, as will my wife.  I’m just trying to control the animals.

At my daughter’s door, the cat pushes with his head.  The door doesn’t move.  I see him push it again, a frantic look on his face.  The door opens.

“No!” I say and make a dive.  When it’s fourth and long with only seconds left, sometimes you have to go for the Hail Mary.  By divine intervention, my hand lands on the back leg of the cat who quickly turns to scratch me.  But I don’t let go. I can’t.  There can be no headless bunny nightmares for my daughter.

“Drop it!” I say to the cat.  He does not.  The puppy barks.  And once again we are in a standoff.  I know that if the cat does drop the rabbit, the dog is going to go after it.  Then the chase will be on again except this time it will end up next to my wife’s head in my bed.  I don’t want to even imagine that scream.

I grab the dead rabbit and pull.  The cat holds on.  The puppy grabs one of the rabbit’s legs.  And there we are, the three of us, in the weirdest game of tug-of-war I have ever been a part of.

Eventually, I win because I have to.  I’m the hero of this story.  The man who protects his family from dead headless critters the animals bring in.  And at the top of the stairs, totally naked, I hold my prize high.  It’s super gross.

After throwing the headless bunny away in the outside trash and bleaching my hand, I find myself back in bed.  I’m tired.  I’m breathing fast.  I have my two best friends laying on me.  The cat purrs on my chest and the dog snuggles against my legs.  And as I sigh the sigh of victory, my wife rolls over.

“Why are you so loud?  People are trying to sleep!” 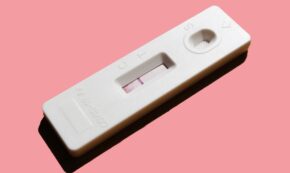 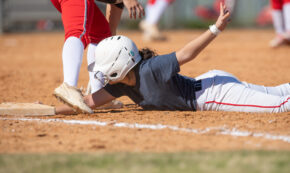 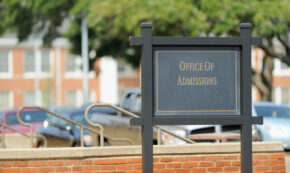 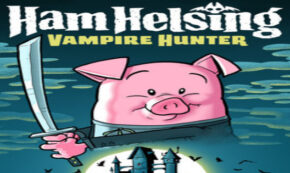 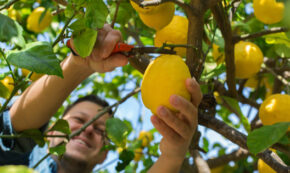