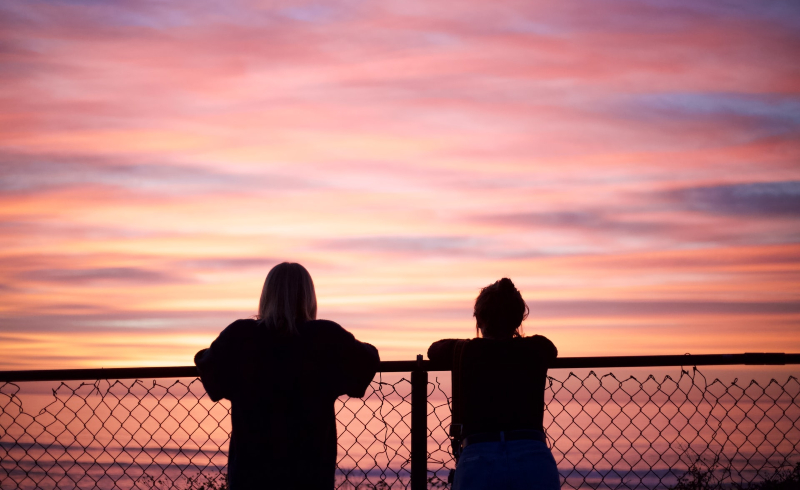 Say you had to pick from a deck of cards; one card for each day of my life from the ages of 0 to 15 years — the probability that you would flip over and find the “Cook and Pepper” scene from Alice in Wonderland was 99.99%.

You know, the scene in which they are throwing plates at everyone, a cook keeps dumping pepper into a cauldron of soup and the pepper makes everyone cry?

There was always zero gravity at home to ground its inhabitants, and all the metaphorical “utensils” were flying. There was screaming. Nobody would understand anything and there was way too much happening to tuck yourself away in a quiet corner in your head and evolve into the person there was so much weight on you to become.

My conscious and subconscious learned to catch up with the endless inconsequential conversations all around me very early on.

For the longest while, it’s all I had been good at.

Words were an accessory used to cover up rather than reveal. I am hesitant to jump to conclusions when I say this, but meeting someone at that point in life who really meant what they said changed everything.

It felt like a Bollywood movie where you run through a field in slow-mo into the arms of a lover. Except I was also running away from a home behind me where every piece of furniture was slowly crumbling and succumbing to an invisible fire. The deepest love I felt in my entire life was platonic and that somehow, to teenaged ol’ me, made it less real.

I saw nothing by black and white but in hindsight — I can swear I only see him by his godspot, that lay on the left side of his chest underneath unwashed terracotta skin.

Cosy in my teal thread-bare shawl, I remember looking into a kaleidoscope we had made together once. “It looks like there’s a fire inside” it annoyed me since we only had orange and yellow beads to use. “Or like the sun is streaming through a stained-glass Church window and you’re the first person to see it,” he said, still looking into it with one eye.

And just like that, he changed the way I saw everything ever.

We met at an age when I was only recently hit with the reality of how things were different in our household than everyone I had ever met. I had recently got into some of the most formative life experiences; friendships, relationships, first times and career defining “grades”. As many fell back on sturdy homes and support systems, I found I only had myself to catch.

That made me numb to a lot of things. And I believe things should be judged in their entirety only by the final results of their harvest, but I am willing to judge my best friend’s role in my life by one Summer that left my knees stained with sunburnt grass and smile lines etched across my face.

One day after Sports practice, right before ‘Eid’ as I was getting ready to leave for home — I remember him bringing me flowers to apologize for something that would have faded in the background with the rest of the static had he not thought to bring it up and acknowledged it. That moment onward, I felt more intentional with things I felt and processed.

That moment was a mental log-in to the outside world for me. Probably one of the first times that I quit my “inner world”.

I spent so much of my childhood that couldn’t be tucked away in a mental corner physically exhausting myself baking cakes, eating food, dancing or throwing pillows at each other with my best friend. Yet the notion that this was not a romantic love — kept me from prioritizing my friendship over so much else.

Some time later, I remember picking to go on a date I had waited for all week over being there for my friend on a bad day. I remember eating up so much of our time together, crying over boys who were clearly bad for me. Yet, they would call and I would poof from the scene in the blink of an eye.

When I had enough courage to dream, he was the first person I would text and we could be up all night discussing the intricate details of our futures. We shared an incurable love for food and cooking. I read my writing to him and he always asked what I meant by things. He made me try everything he ever baked. He spoke to people I have still not met about how amazing I was.

During that time, I played the lead for all the major plays that happened at our school and he would always be late because he couldn’t find his glasses. Because he never used his glasses for anything else.

It was with him that I decided I was going to be smart, no, brilliant. He assured me I was and people would pay to hear me tell my stories as we shared a drink around the bonfire. Shit, I think he actually believed it and tricked a part of me into believing it too.

Fast forward, I lost him in a way I’m not quite ready to talk about. I might never be, but I have come far through just writing about him. And it gives me hope to be more honest someday.

He taught me to be kind, patient and present in the moment because he allowed moments to exist that didn’t fill me with fight-or-flight chemicals. He was like a vacation from my mind that I never quite recovered from — with moments that I can still tuck myself away in when things get too much and I want to feel grounded and safe. Away from the metaphorical flying saucepans and plates. Away from too much pepper in the deep crevices of my soul that can be stirred by harmless hurricanes and make my eyes tear up.

I remember the fingerprints of my true psyche and who I want to be when I think back to my best friend.

I have these vivid afternoons splattered across my memory; moments when I hid in corners of my home whispering to him in a dimension that existed between lost thought and fingertips on phone screens when he thought I was magic. And I thought he could save me.

Years later, I still ache for the ‘thank yous’ I was too stingy to say, the hugs I was too rushed for and the secrets that will never have a better confidant.

I still feel him in my words and catch glimpses of him in my wildest ambitions like March grass printed on toes blushed rose after miles and miles of walking. He transformed me into a person I can stand walking alone with.

Which, by the way, I now prefer over running into the arms of a manic-pixie-dream man just because society told me that’s the only kind of love that matters.

About Aamna I. Rizvi